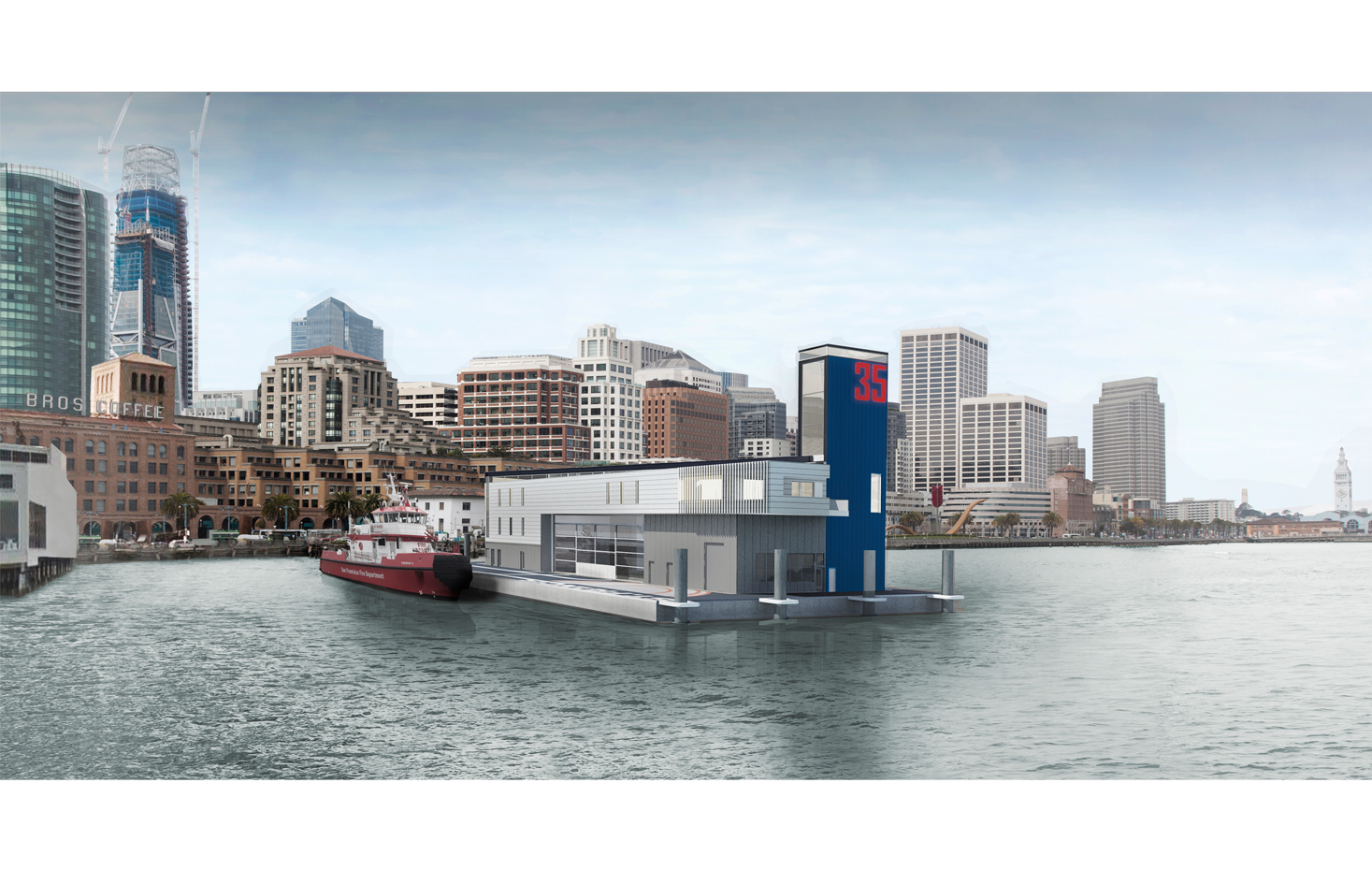 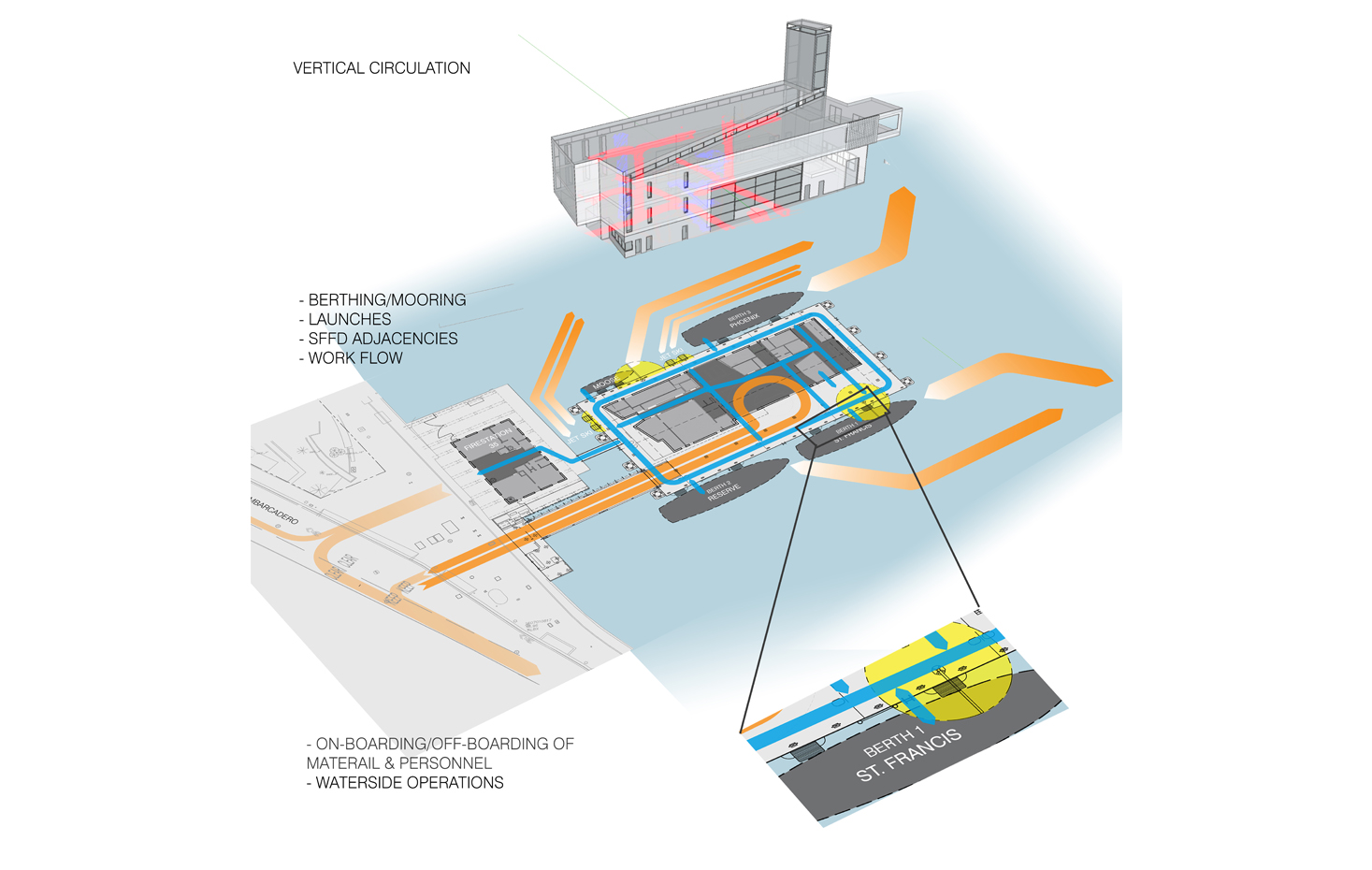 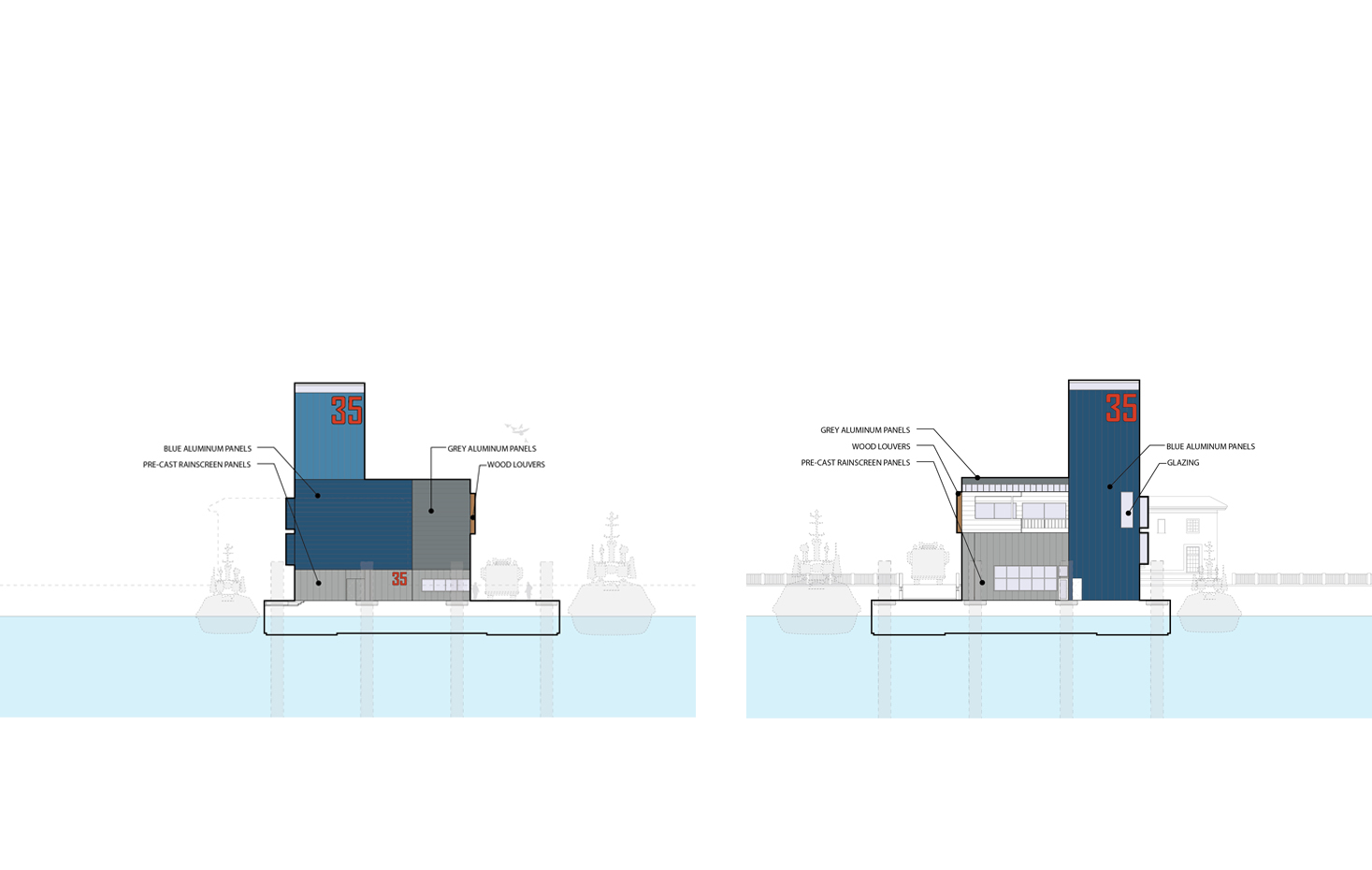 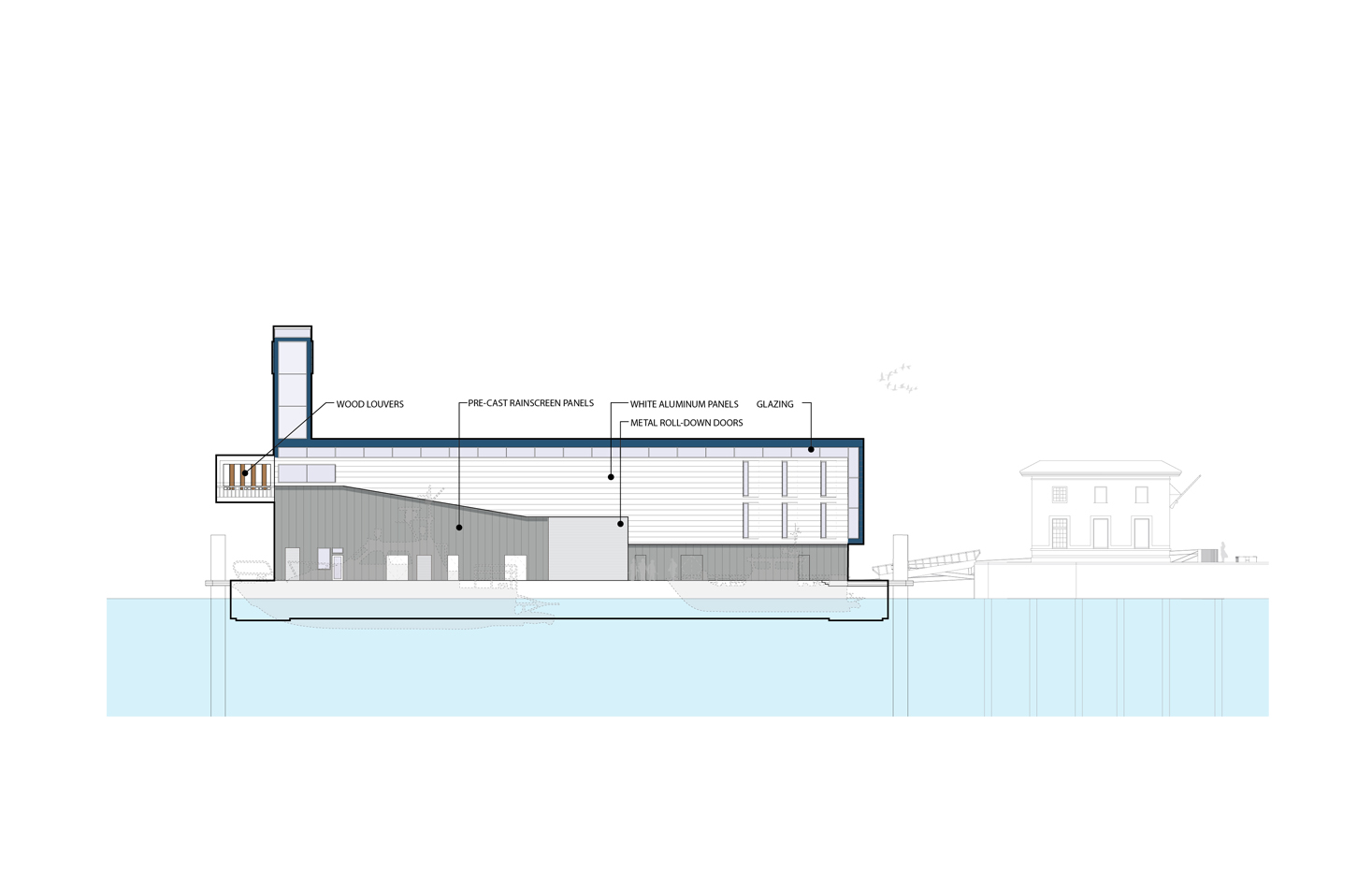 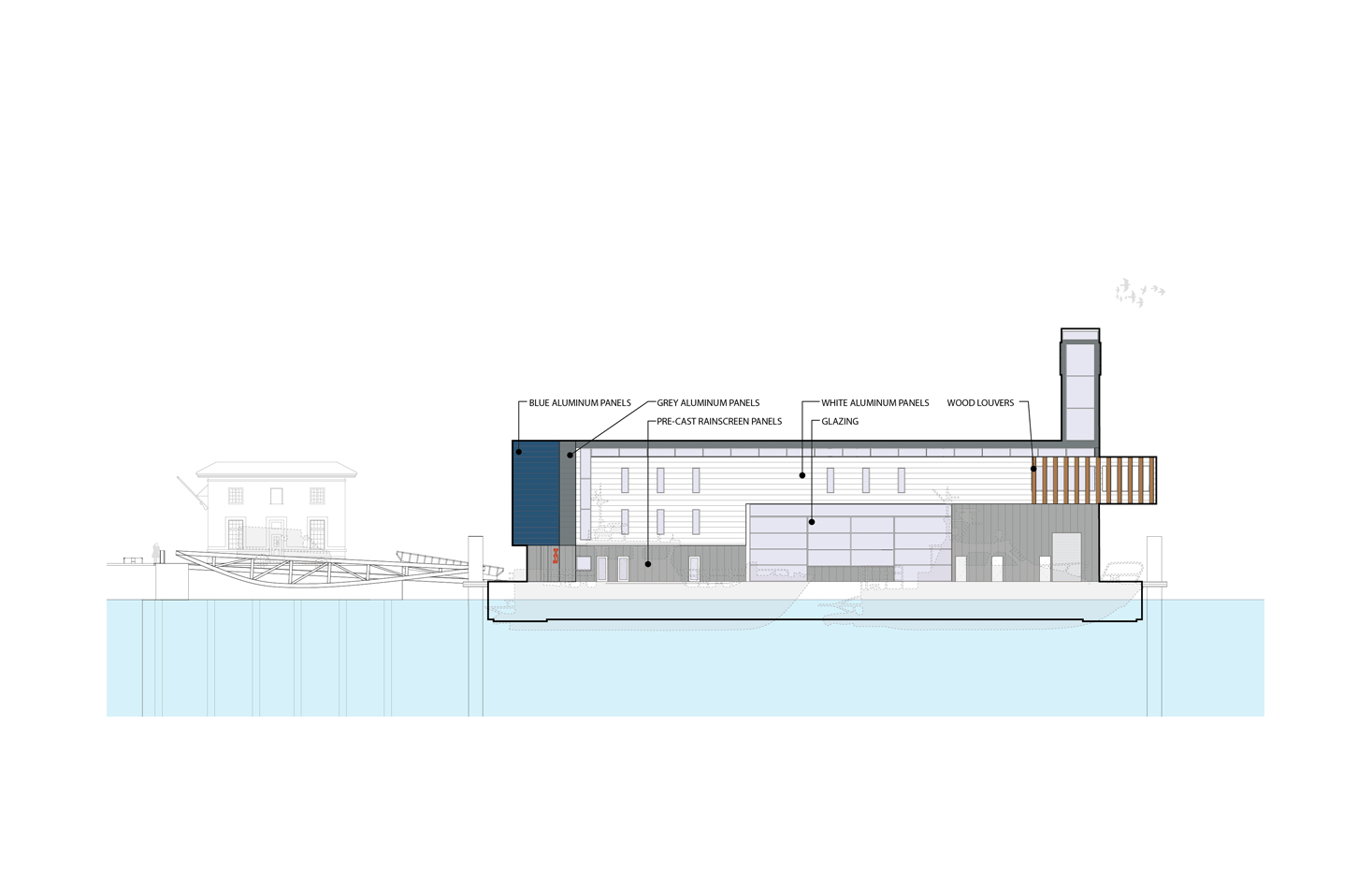 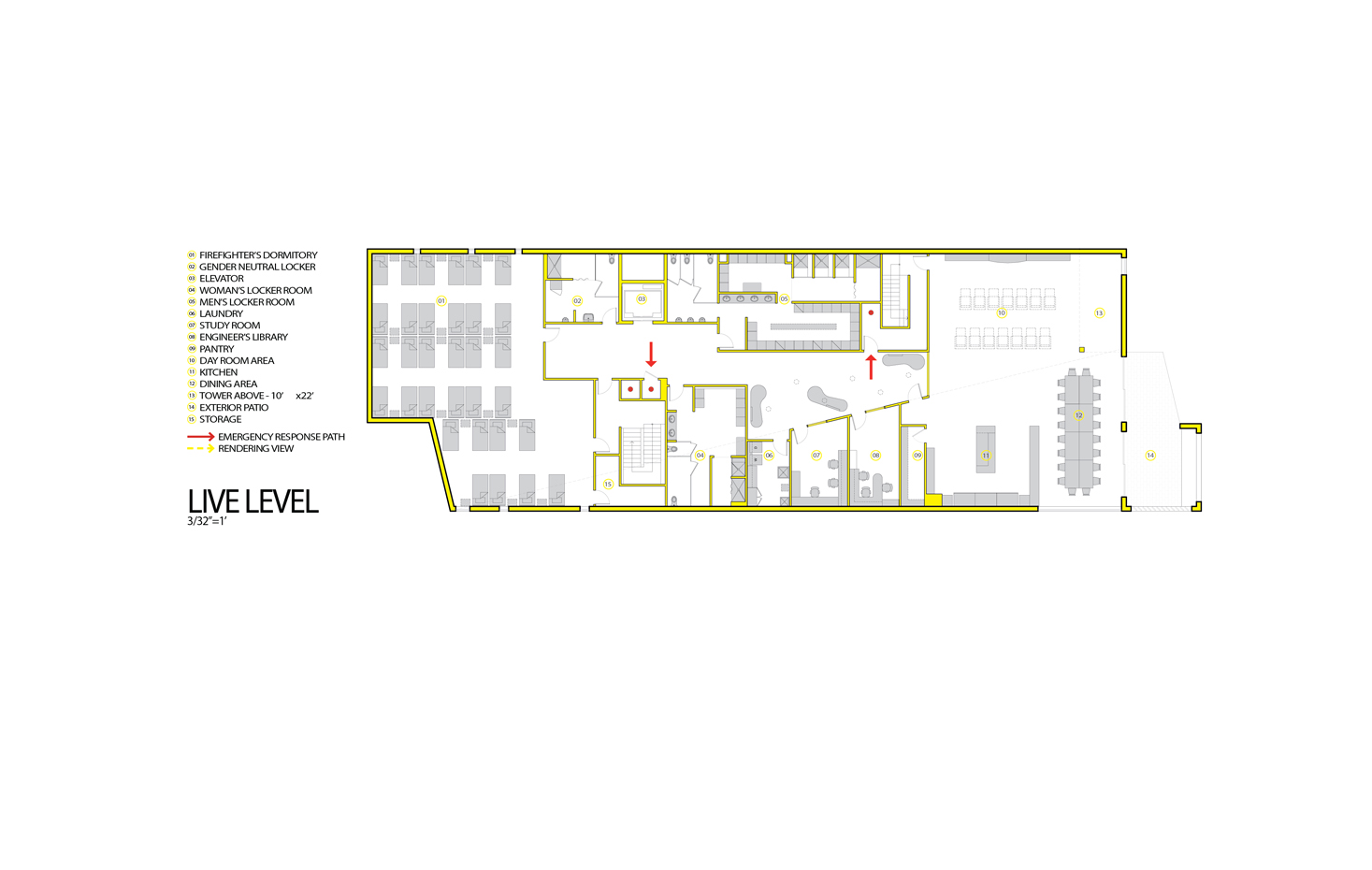 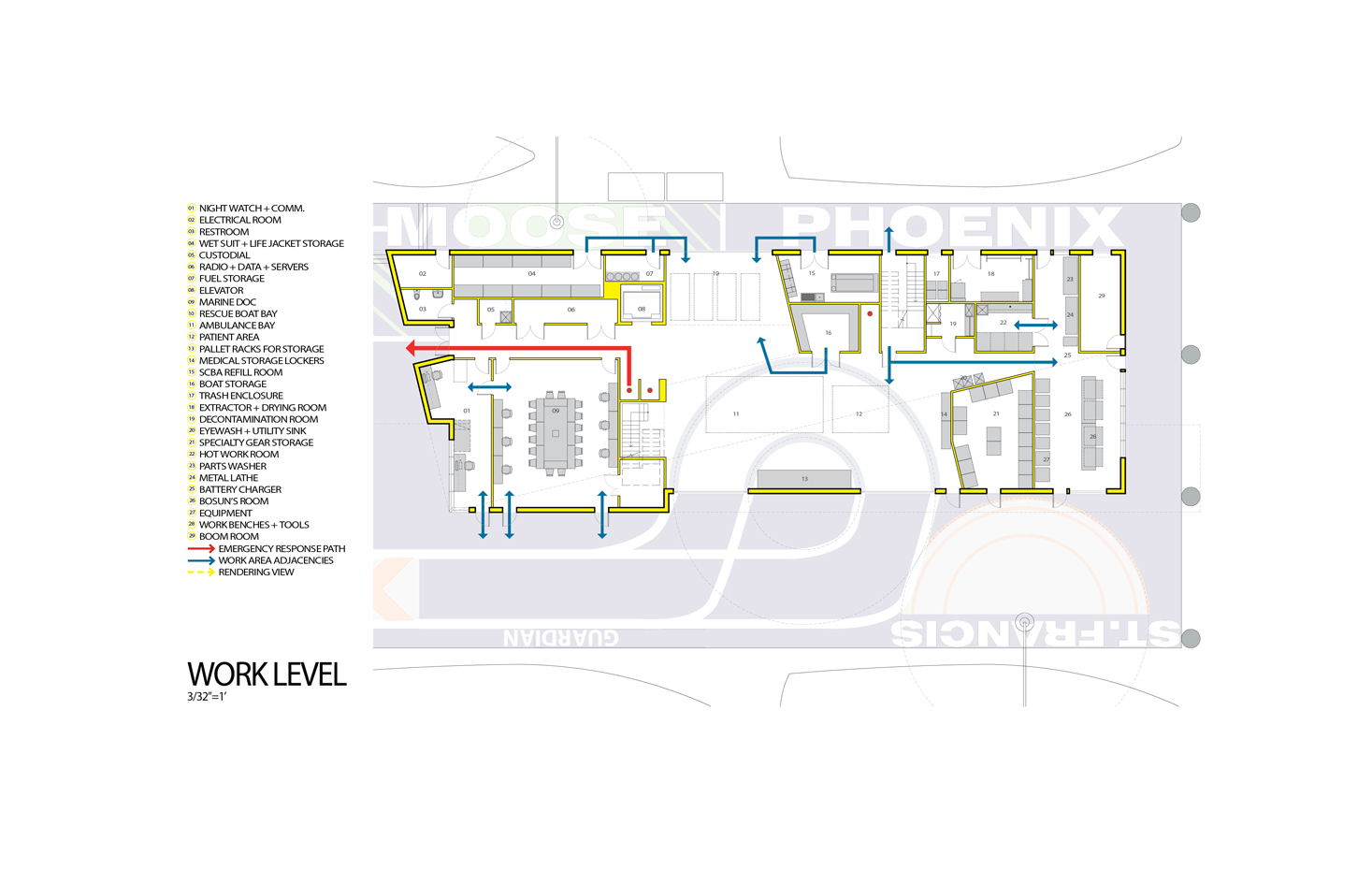 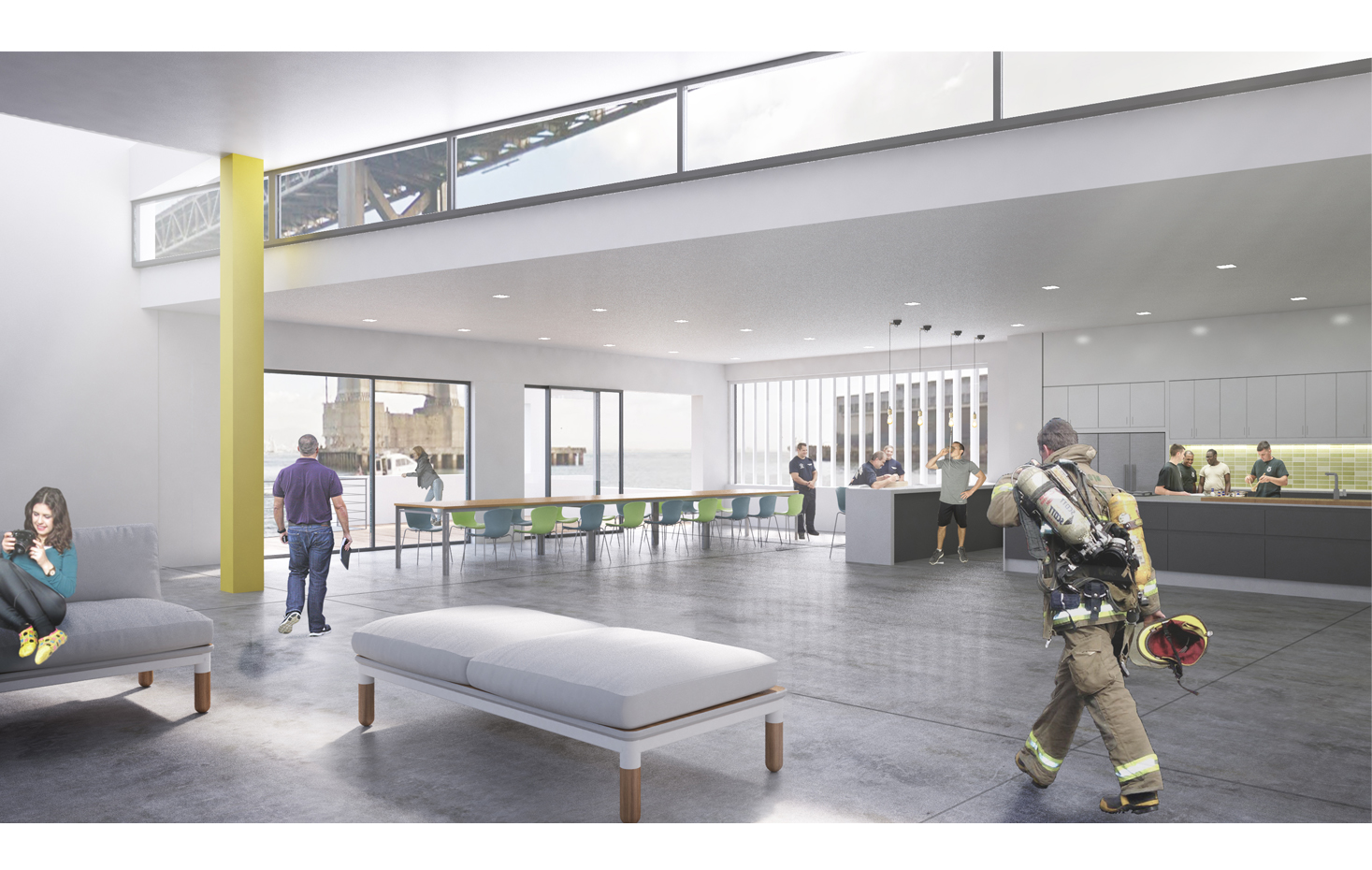 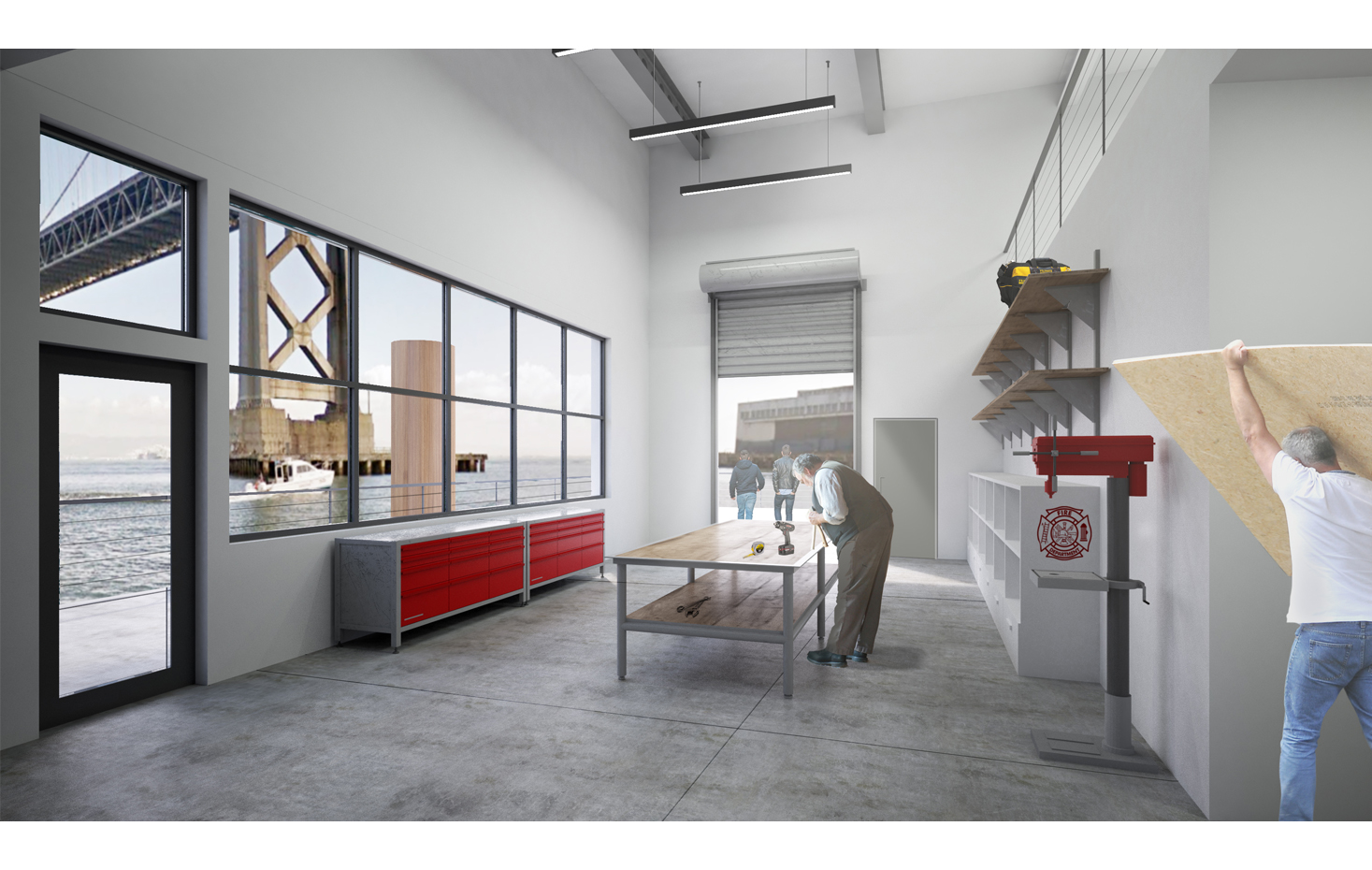 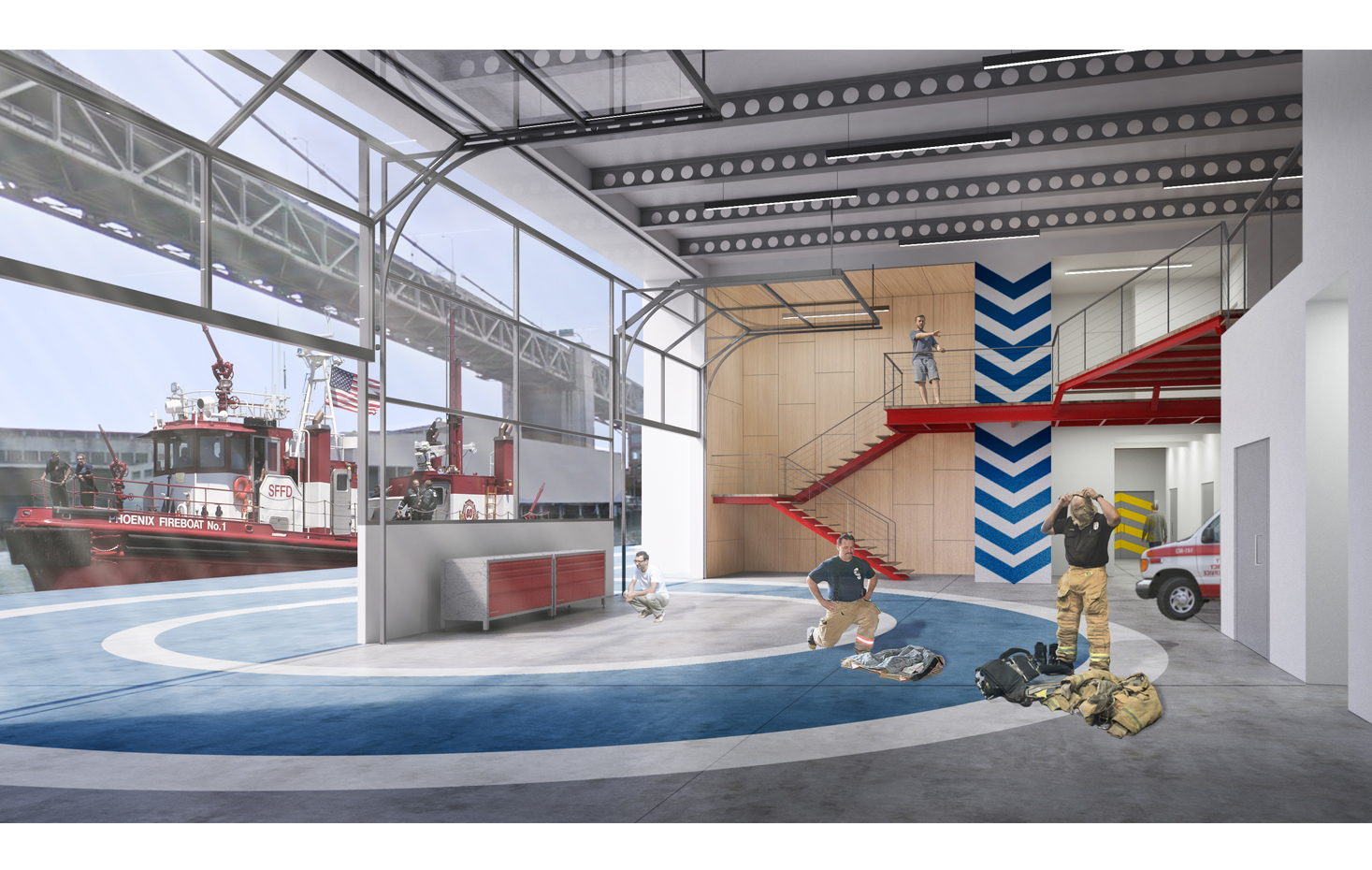 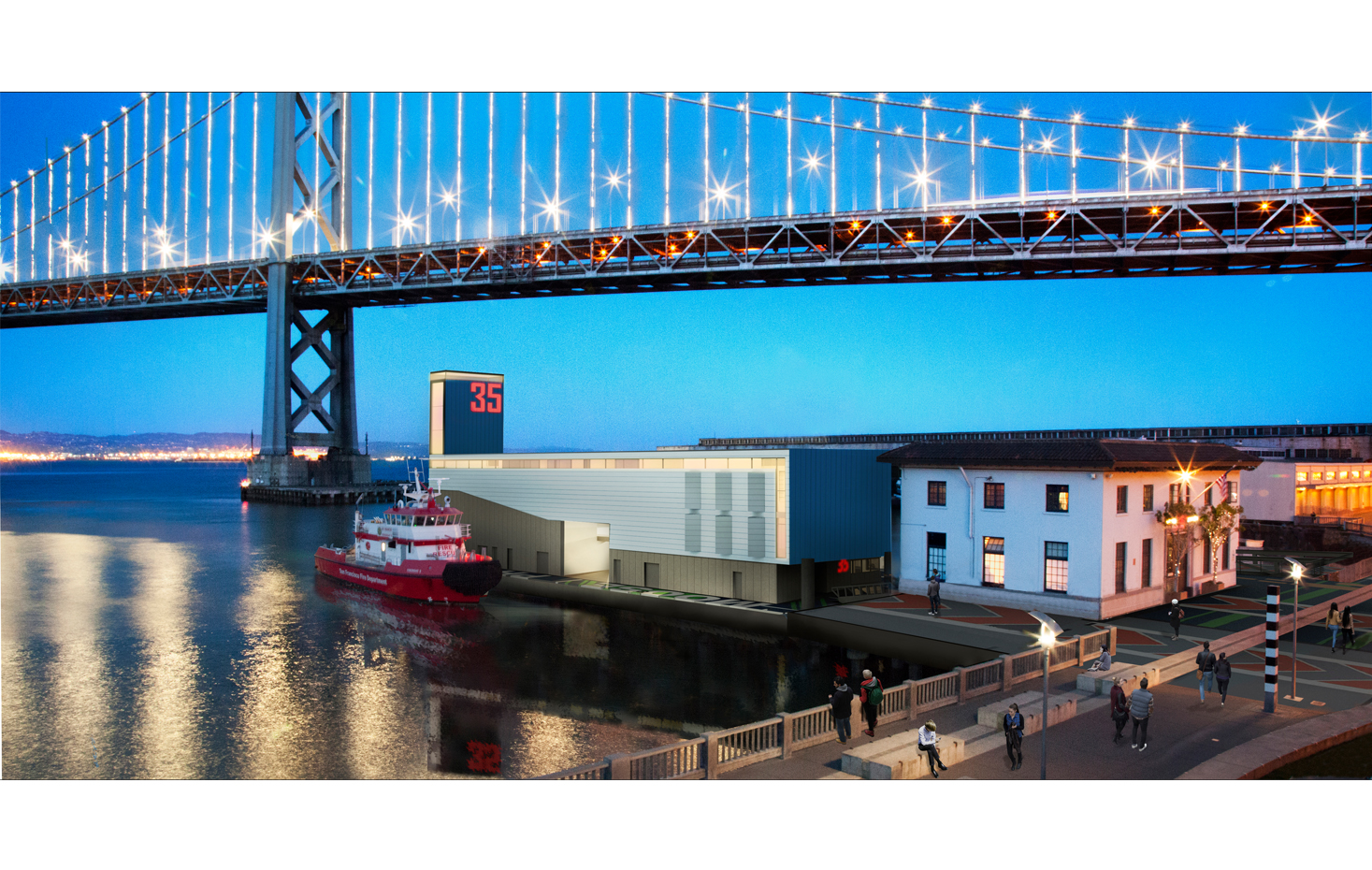 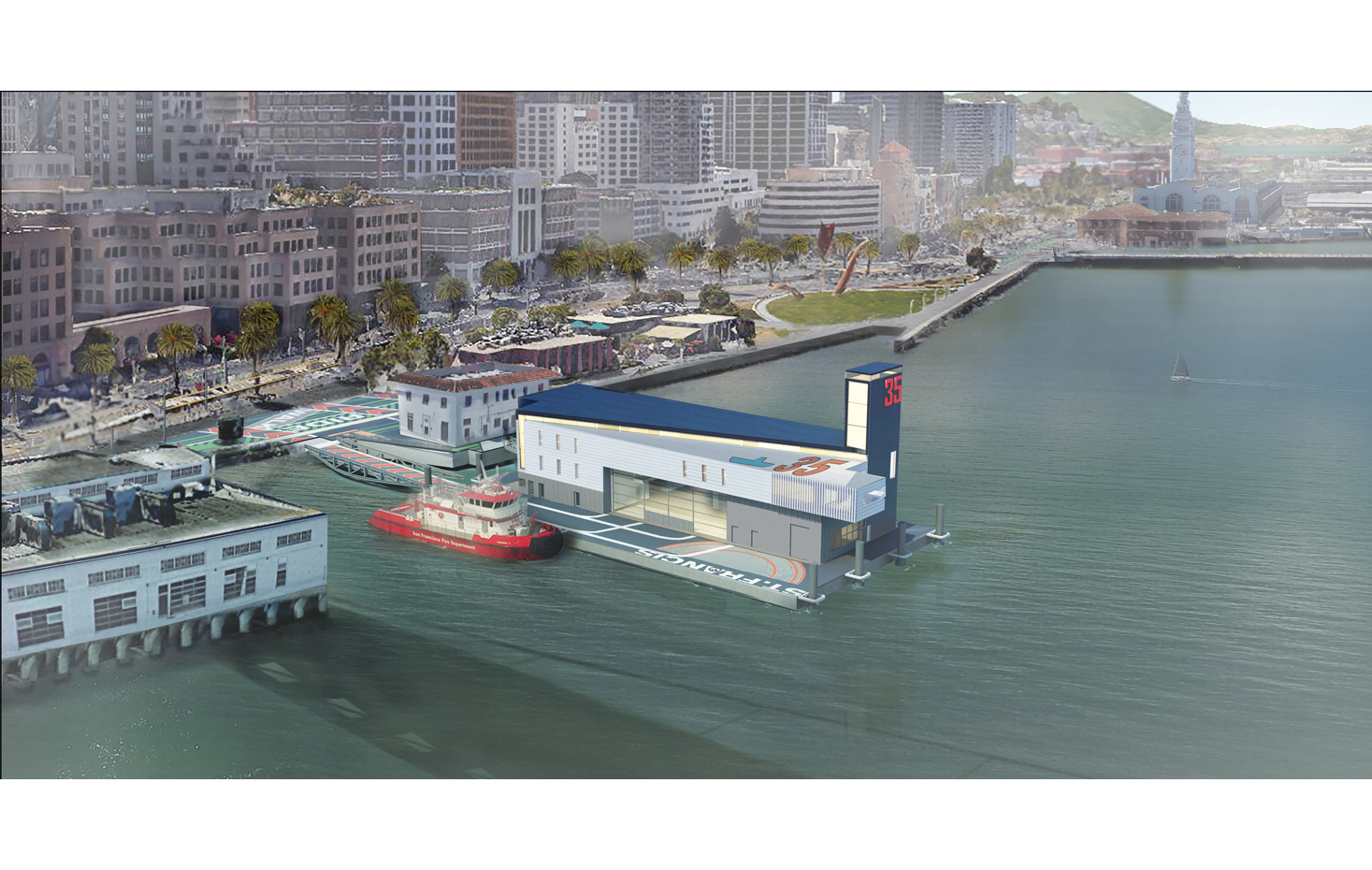 Our design proposal for the new Fire Boat Station 35 (FBS35) bridges the waterfront and the urban edge of the city’s shoreline. In response to the fire station’s prominent location at the foot of the San Francisco — Oakland Bay Bridge, we have marked the facility with an illuminated tower that commands a place in the front row of the city’s skyline and at the end of the Harrison Street view corridor.

Our site design merges the waterfront and the urban edge of the city’s shoreline through a sensitively modern response that extends the city’s urban fabric over water while acknowledging the legacy of historic pier structures. The scheme — made more compelling by its designated use as a regional public safety facility for the next half century and beyond — also prioritizes critical emergency response needs, balances economy with design goals, and reconciles traffic and safety considerations with access to views of the bay. Its design relies on strong geometry, simple materials and forms to create a sense of timelessness while expressing its tripartite role as a waterfront building, firehouse and domestic environment.

In JV Partnership with Plant Construction and TEF Design