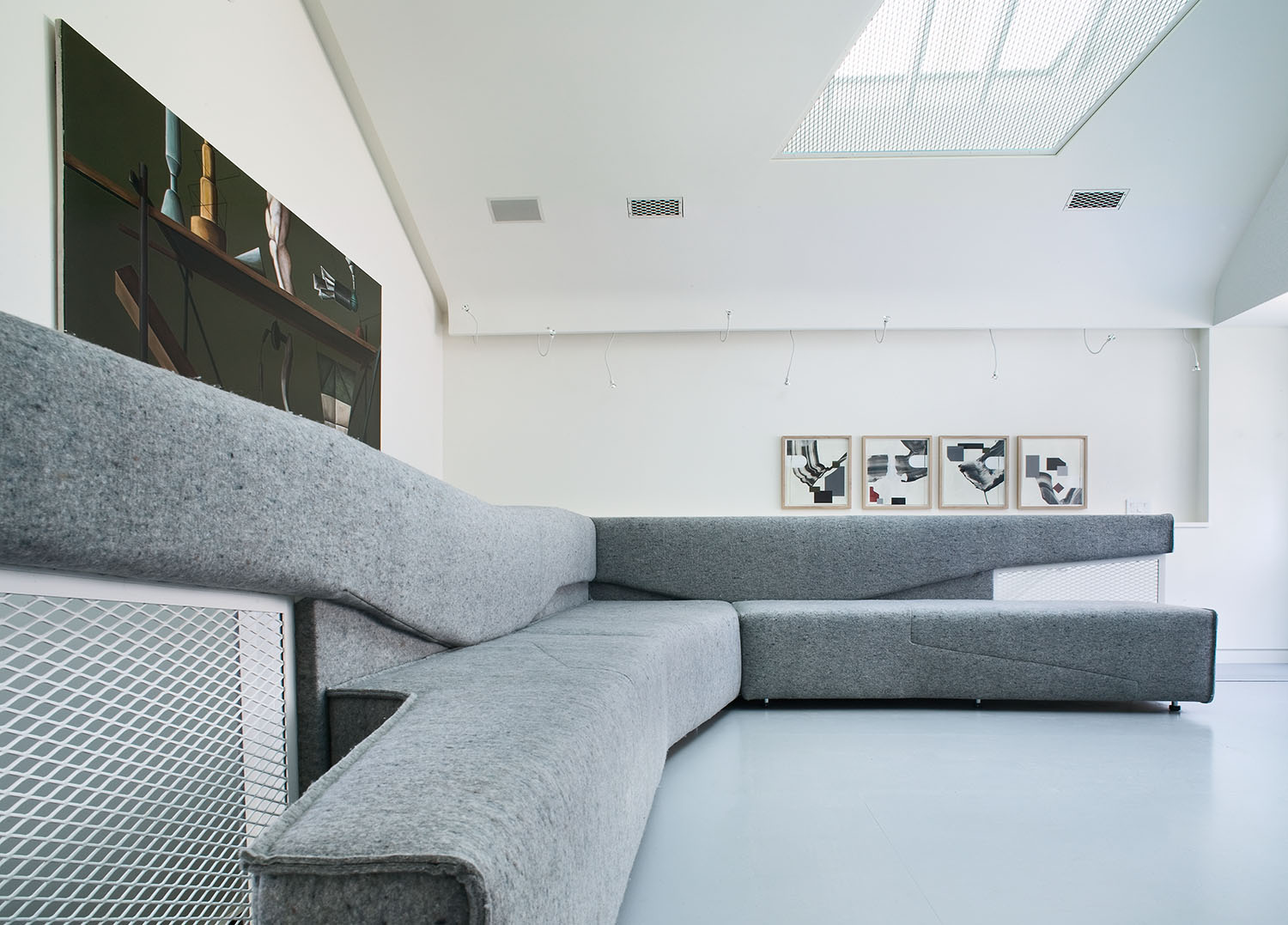 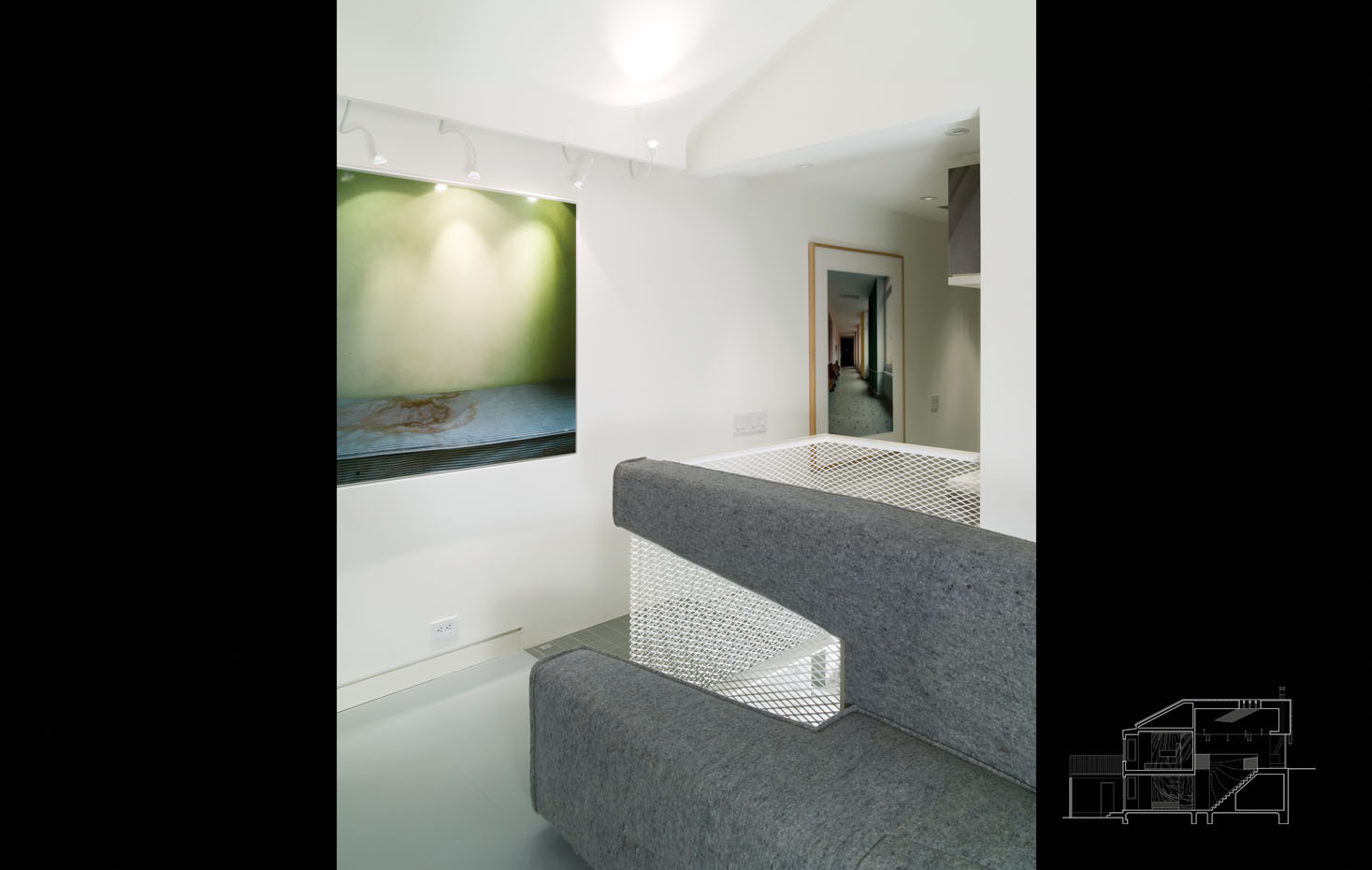 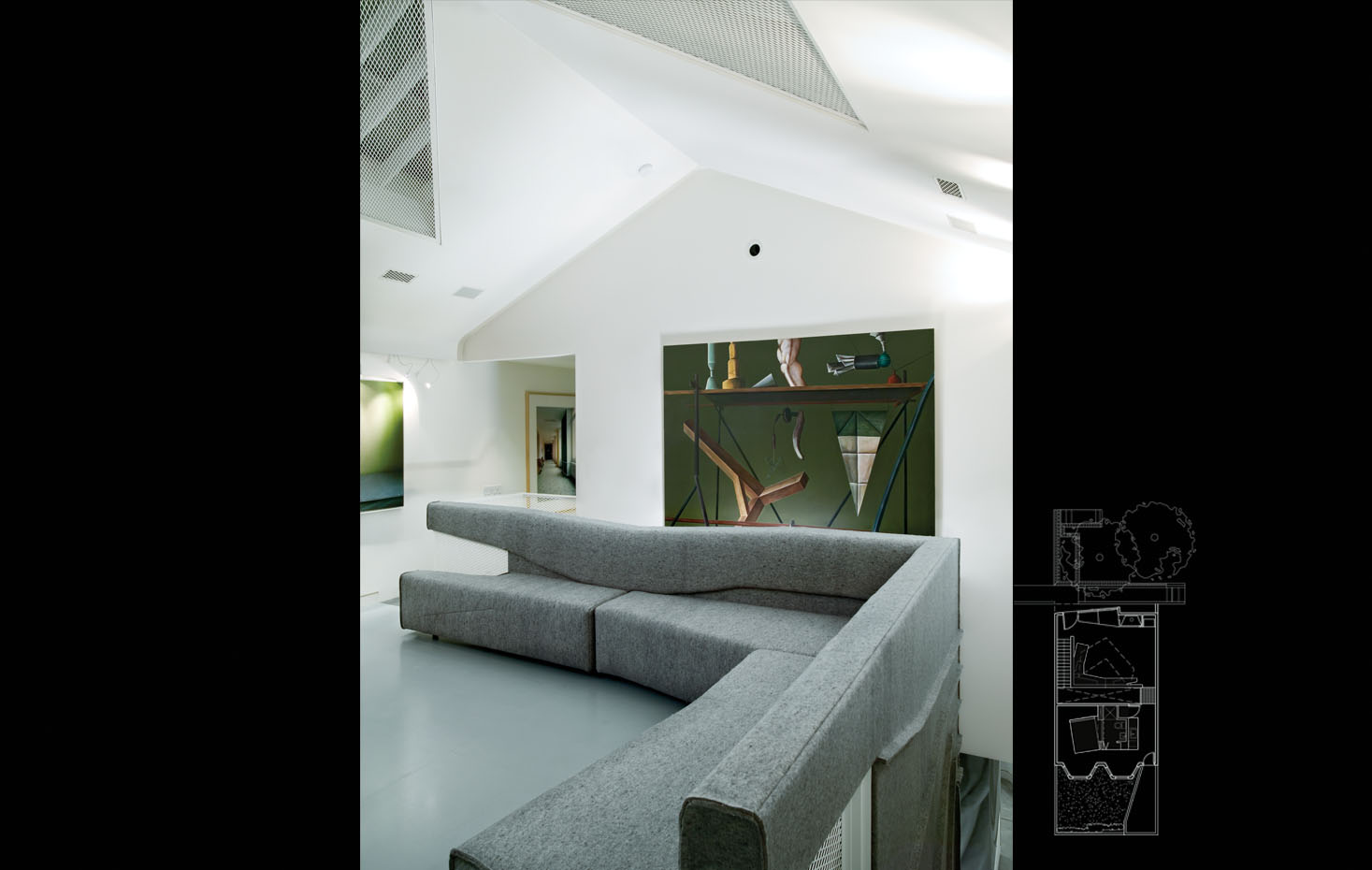 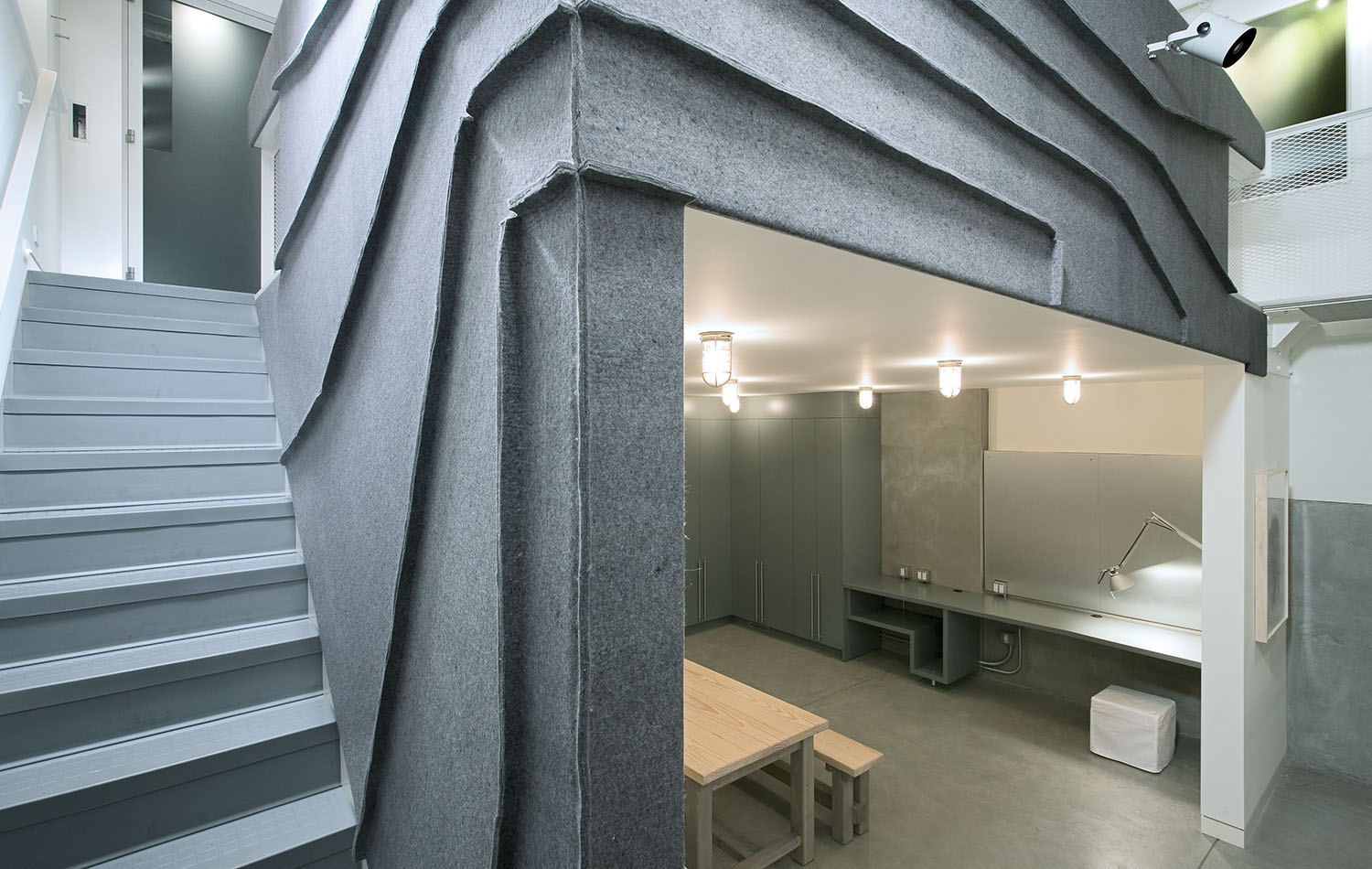 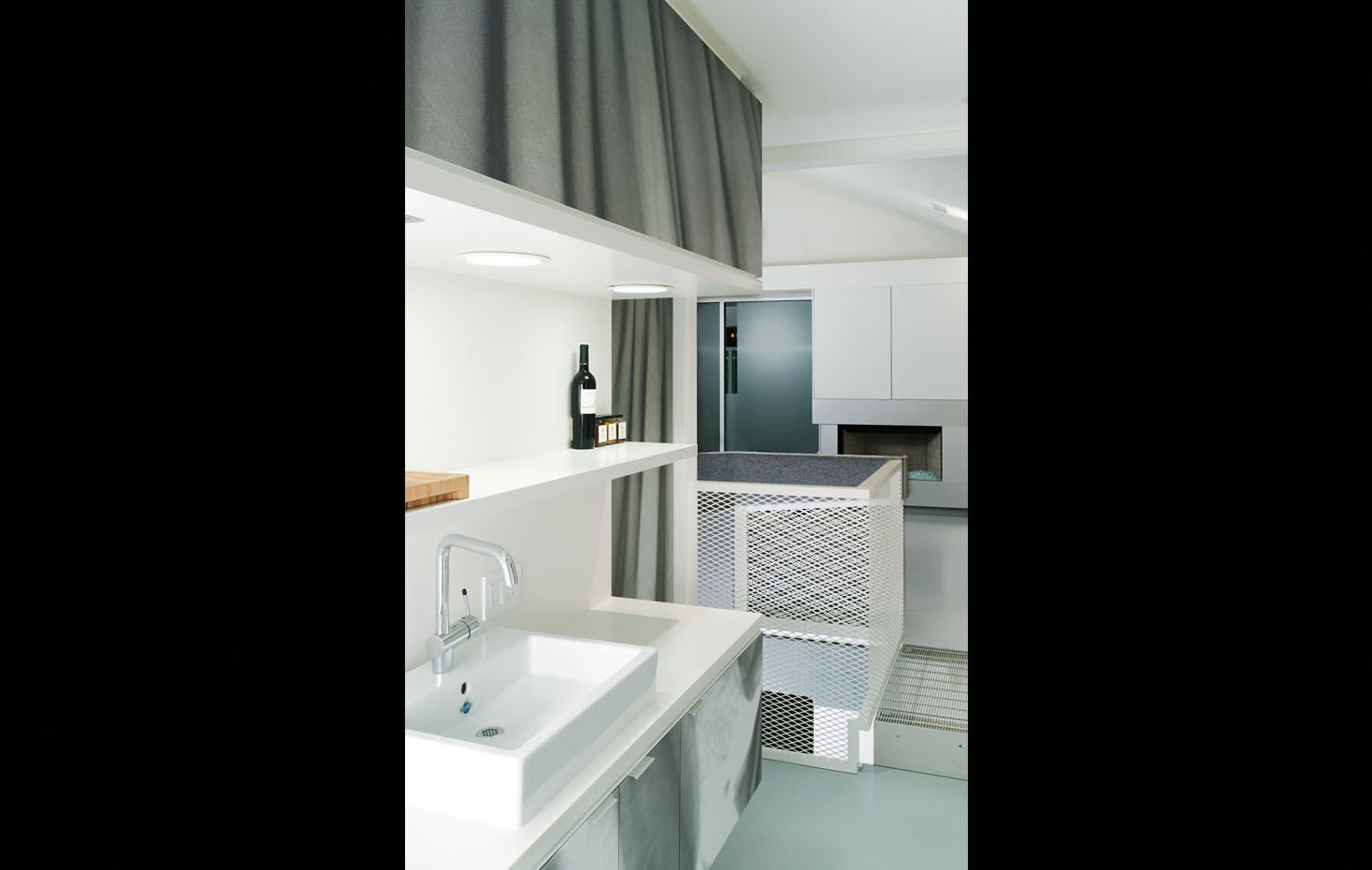 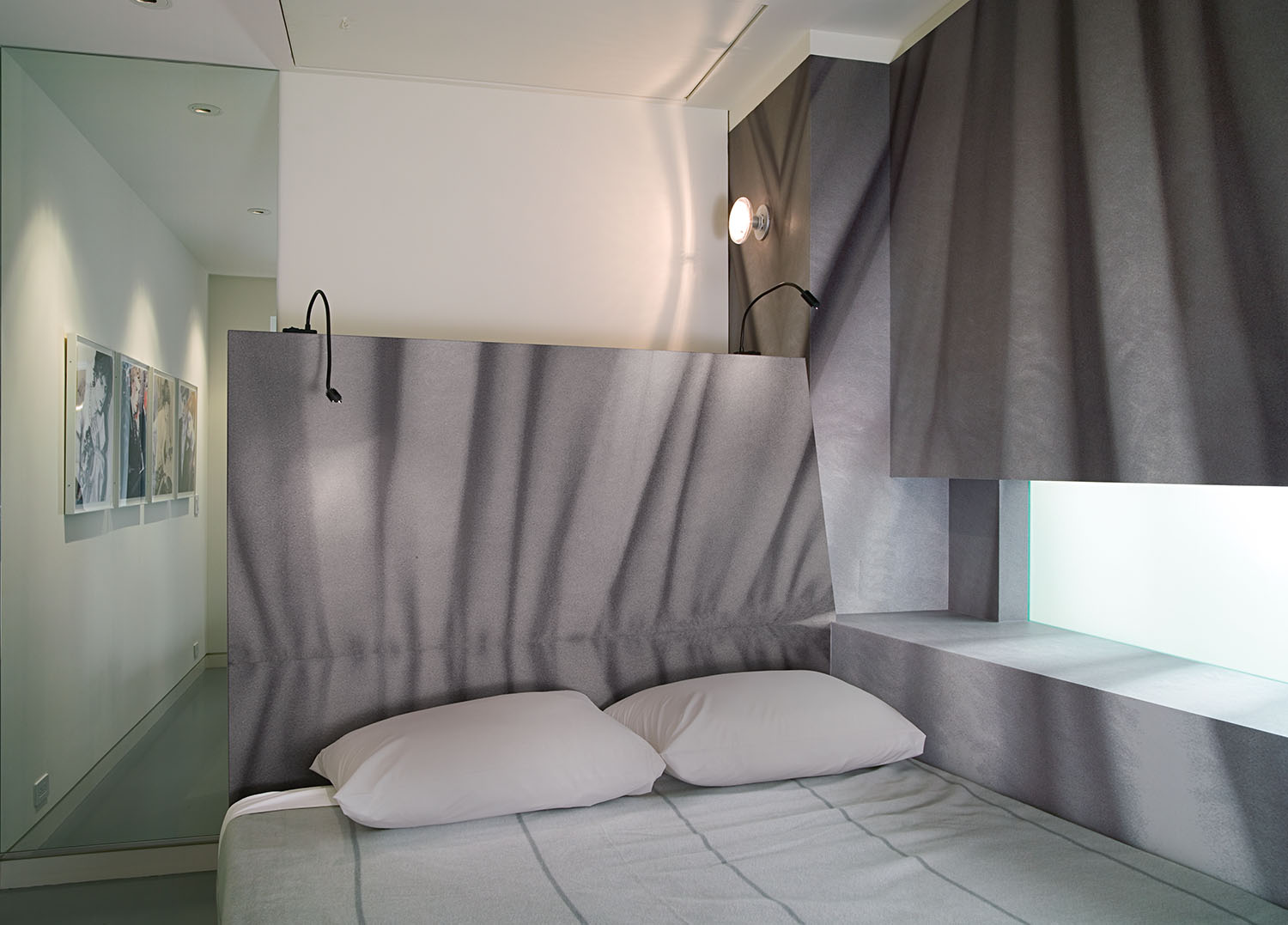 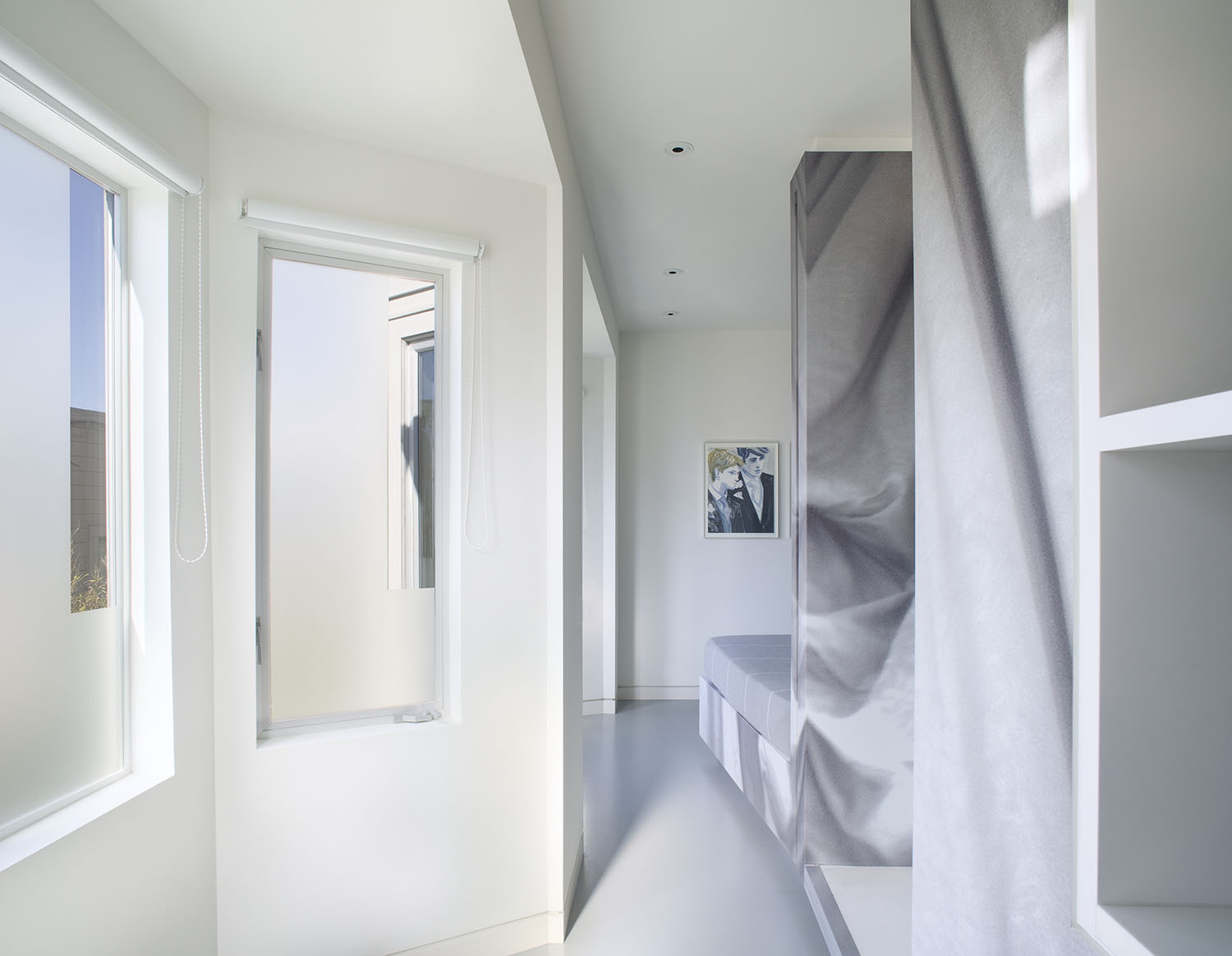 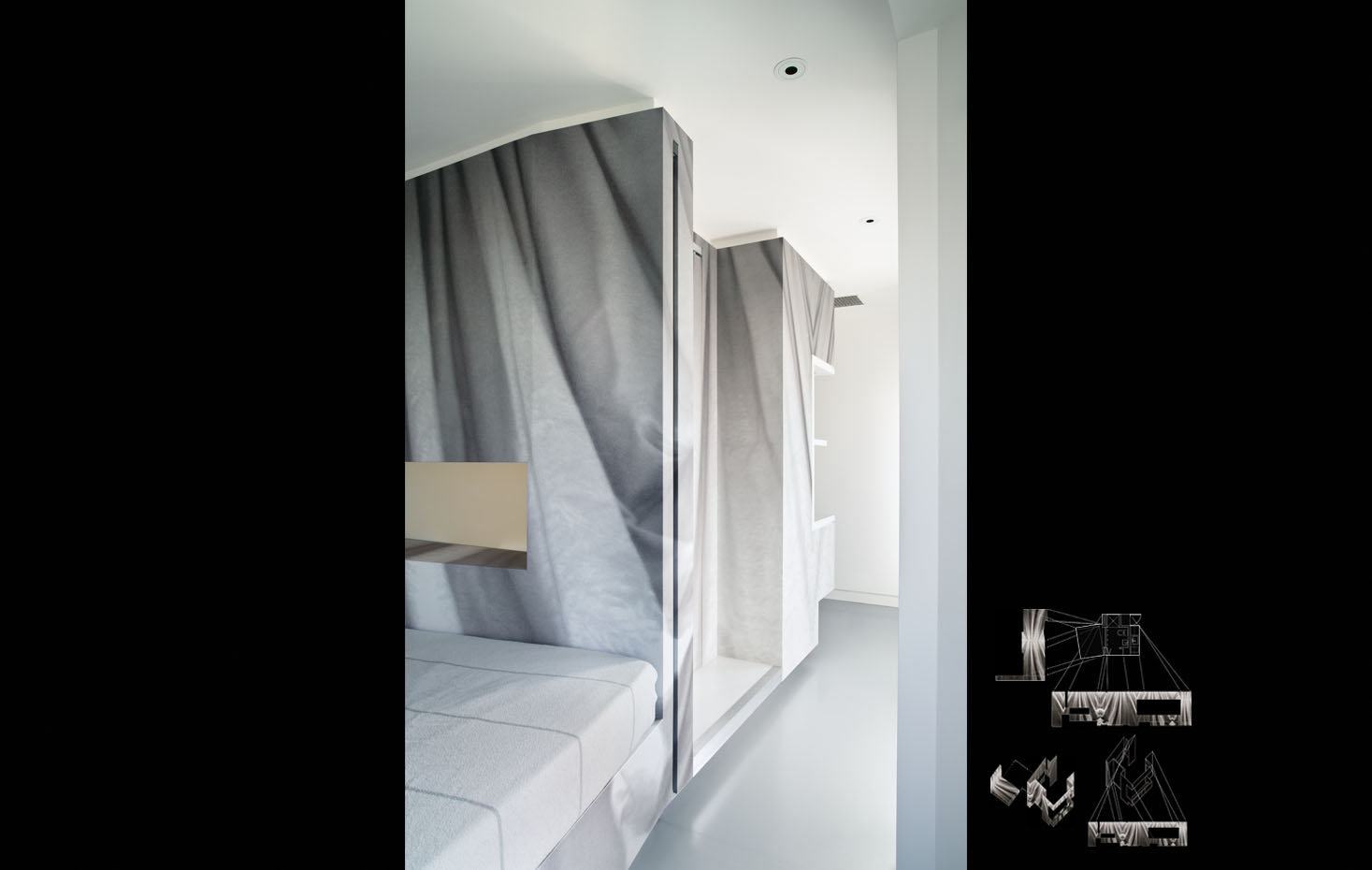 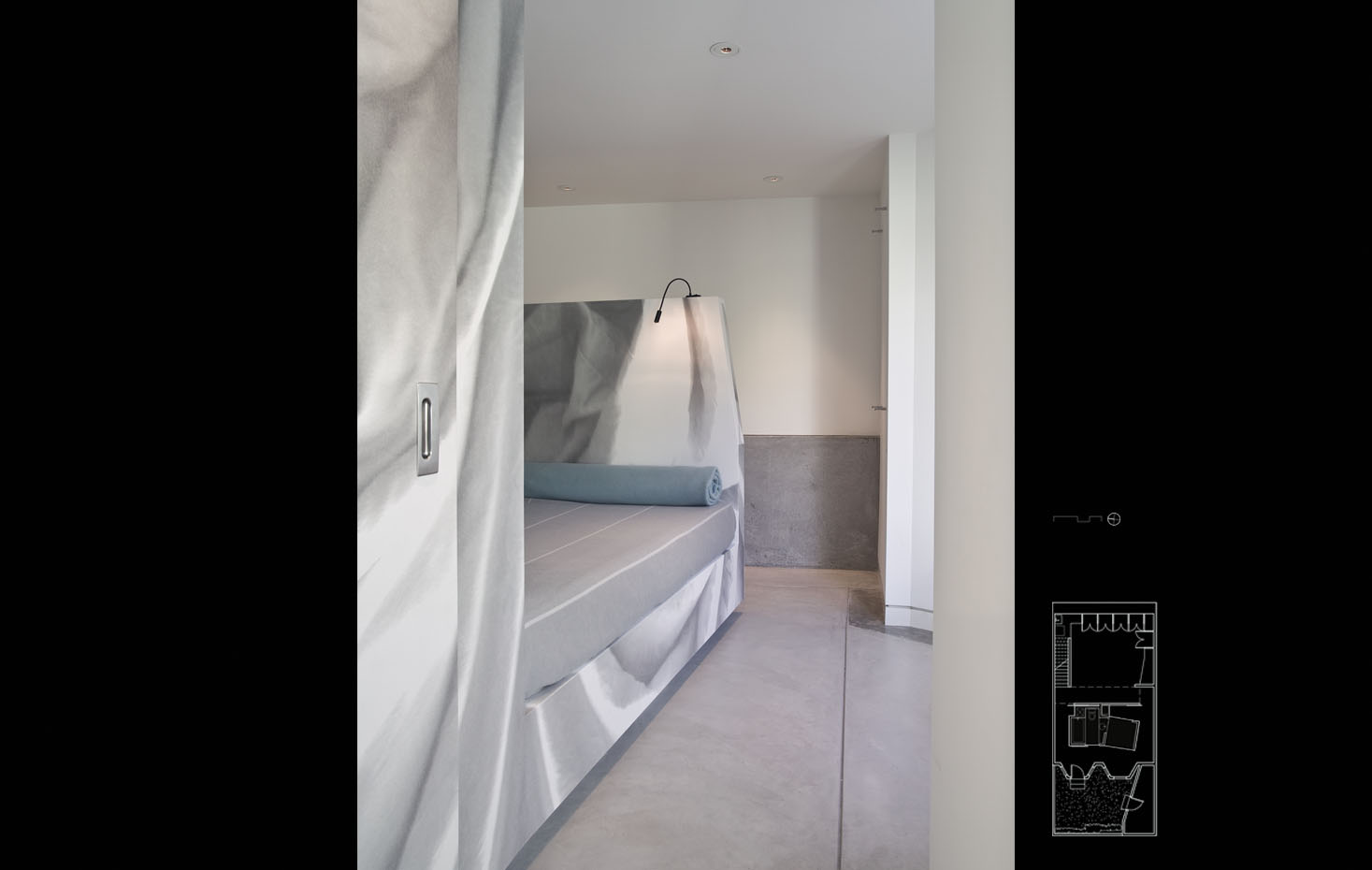 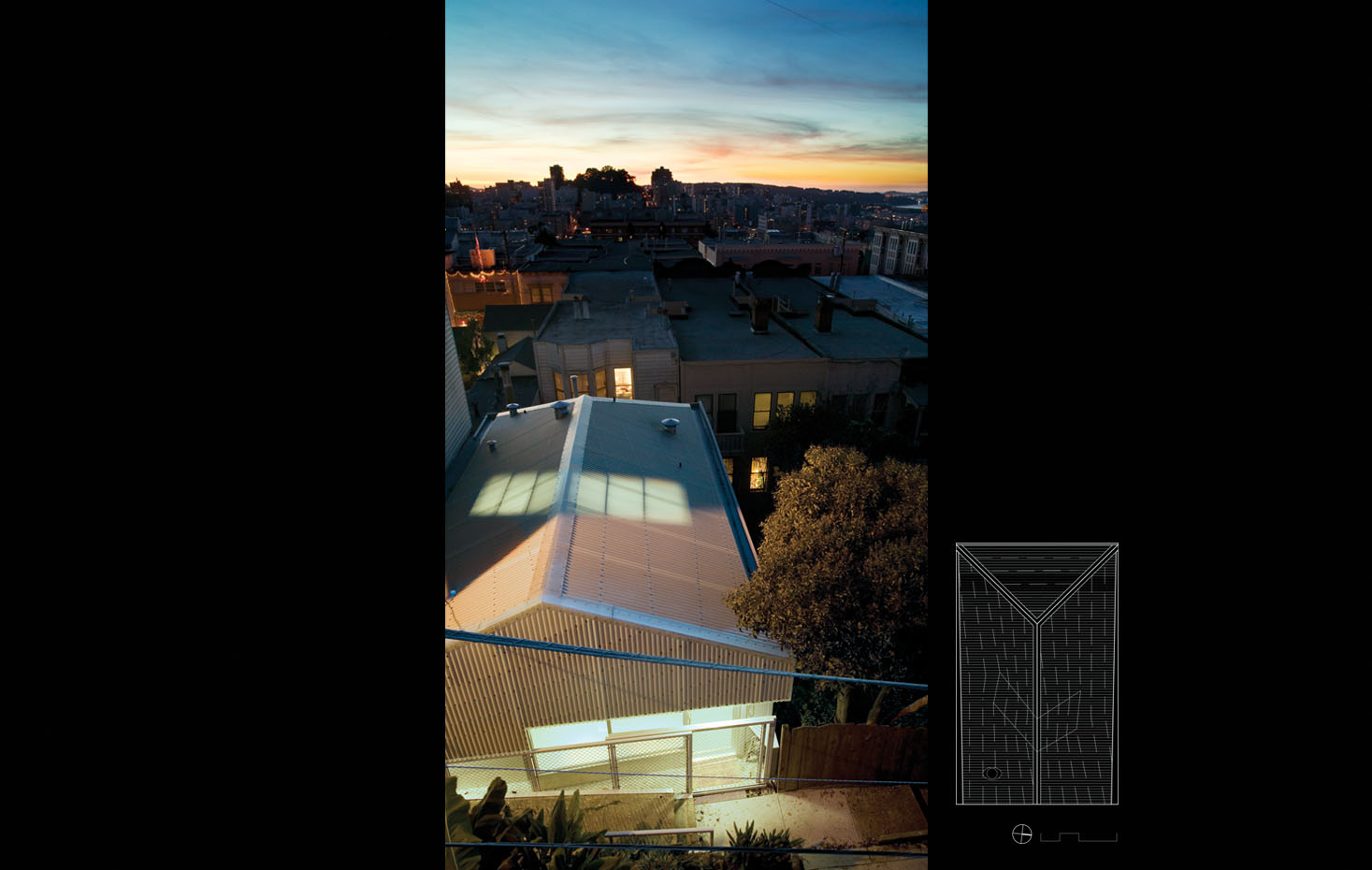 The project choreographs an intentional friction between the identity of the domestic and the space of display. This strategy differentiates the perimeter walls of the building as display surfaces for art and compresses domestic functions—lounging, entertaining, resting, and bathing—into hybridized objects whose forms, images, and scale challenge their role and relationship to the building.

The discrete programs are furniture-like, each given a distinct portraiture and face. A bench of upholstered industrial felt serves as the main seating for the living area; its back drapes to cover an entire room on the floor below. The tautly stretched fabric is a tectonic surface, whose patterning and assembly introduce indeterminacy to its scale. The two domestic cores are objectified, enmeshing sleeping, bathing, cooking, and dressing. Repetitive images of rendered drapery are wallpapered over the firm and complex surfaces, blurring their edges of programmatic distinction.

The exterior skin of the building extends the exploration of thick surface, an assembly of translucent corrugated panels that both reveal and veil its structure and overscaled roof skylight beneath. The building is a companion to the Nob Hill Residence, stretching out as the foreground to the view toward the Golden Gate Bridge and San Francisco Bay.