Re-Envisioning a Suburban Mall in Marin 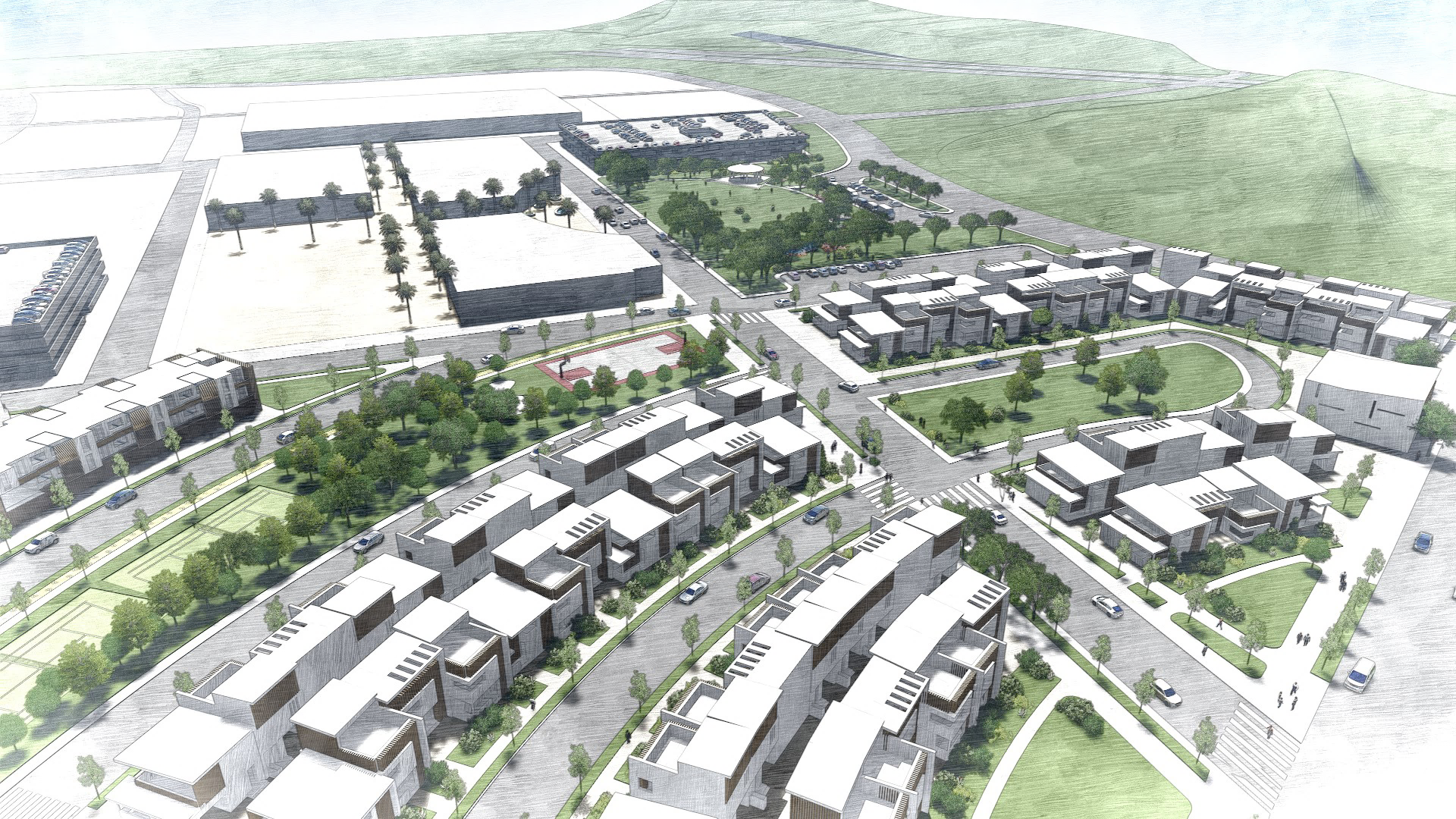 Suburbs and cities everywhere face the challenge of what to do with malls and shopping centers that have been hit hard by COVID-19, the departure of department store anchors, and the rise of online shopping. One example close to home is Northgate Mall in San Rafael, which opened in the 1960s and currently has a Macy’s and a Kohl’s as its anchors. A third anchor, Sears, closed its doors here in 2018. About a year later, Costco proposed taking over the site with a massive three-story big box store and 30 Costco fuel pumps

In response, a group of citizens formed a grassroots group, Responsible Growth in Marin (RGM), to propose an alternative vision to the Costco proposal. If  realized, in contrast to Costco, RGM’s vision would transform the mall’s vacant anchor and surface parking into a mixed-use, pedestrian-oriented, commercial/residential center with neighborhood-serving businesses, retail, and entertainment options.

Northgate Mall’s location offers extraordinary opportunities. It’s close to highly walkable neighborhoods, high schools, and churches. It already has significant local retail and commercial development surrounding it. It connects to the nearby SMART train and has easy connections to Highway 101. On top of all that, it offers ridgeline views and is close to some nice open space areas.

What’s more, it’s in the middle of a community that could really use a town center. In fact, in the 1990s, 200 residents worked with the city to create a formal vision for the city’s future, and that vision included an east-west pedestrian and bicycle promenade and a town center in the  Northgate Mall area.

When the developer proposed bringing in a Costco last year as a short-term economic relief for the struggling mall, it was troubling because it did not provide a long-term solution in line with the community’s needs. In addition the proposed Costco gas stations were likely to put the five nearby gas stations out of business, leaving behind vacant brownfield sites. The Community objected strongly to the proposed fuel pumps with the prospect of belowground contamination as well as traffic congestion, and long lines of idling cars contributing to airpollution.

I joined RGM’s vision committee, and together, we researched how other challenged malls were evolving and identified solutions that worked. Many successfully transformed malls have added housing, town centers, parks, and other amenities in a mixed-use development model. So we set up a forum to gather community input, considered the site’s potential, and came up with an alternative idea for redevelopment, broken into manageable phases. 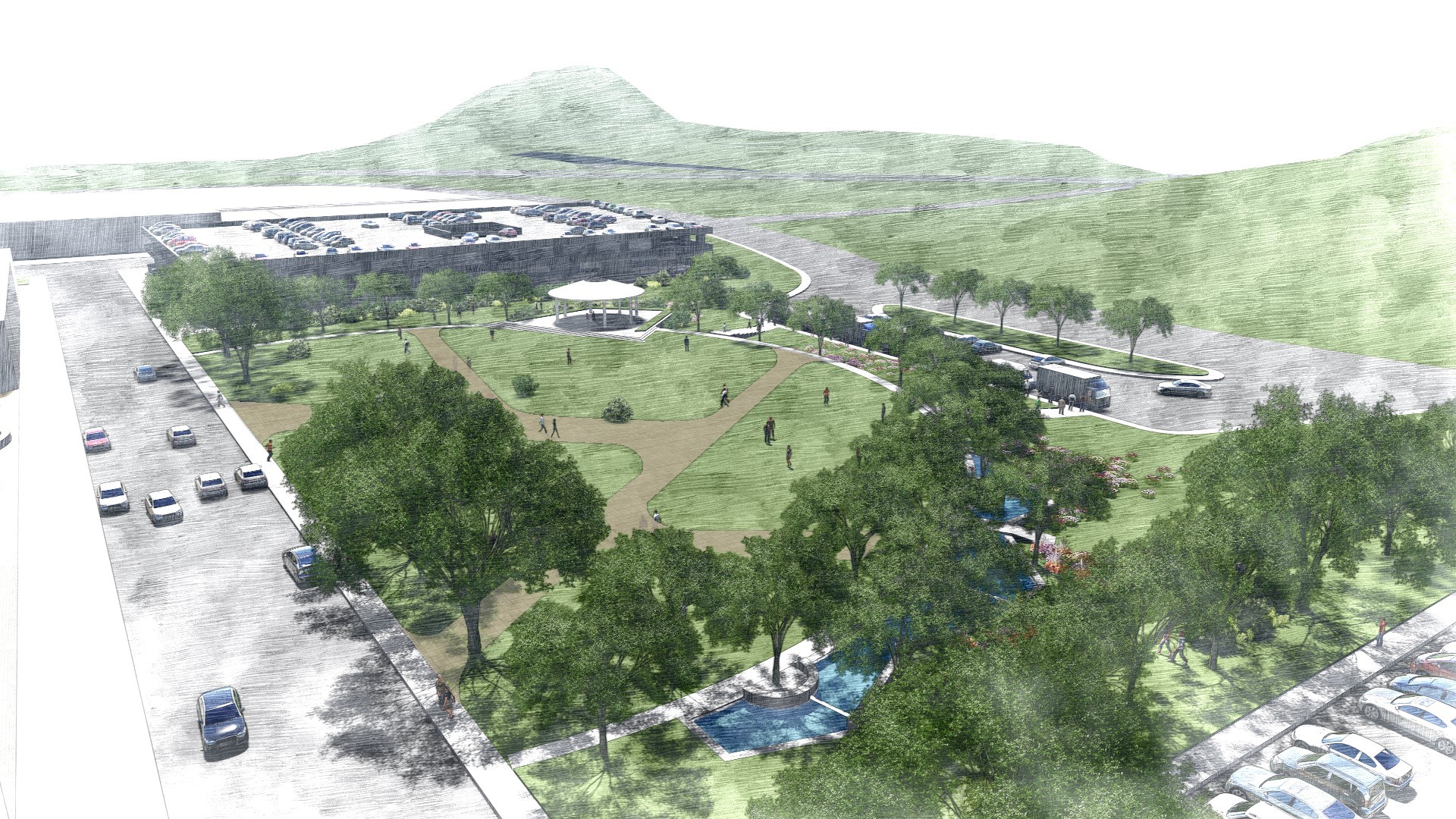 The mall’s southern end is close to a number of historic Eichler homes and other pedestrian-scaled communities, along with high schools and senior housing. Here, we envisioned the first phase: a highly walkable low-density residential neighborhood with workforce and affordable housing. There would be significant recreational and residential green spaces at the edges and throughout. 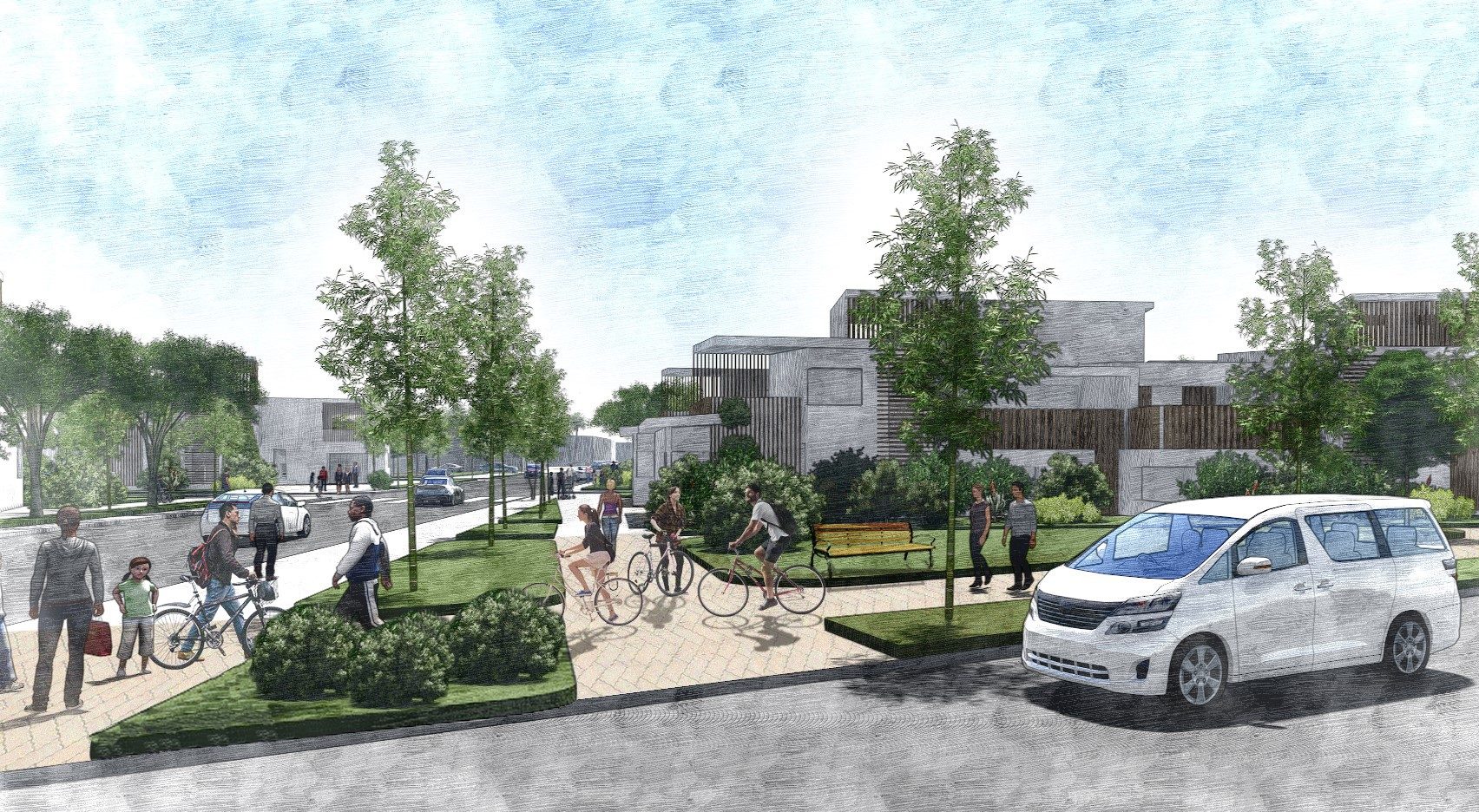 In the second phase, at the east edge of the mall, we would create a “front door” for the mall, with a walkable, bikeable, accessible space with new roads to organize the site. This phase would include a village green with a number of public amenities, including a band shell, gardens, water features, a parking garage with retail at the base, and gathering areas for concerts, food truck pop-ups, and other events. Creating structured parking frees up valuable land currently devoted to surface parking. This phase could also enhance the existing shops by removing the glass roof over the galleria to make this an outdoor mall again—as it originally was in the 1960s. 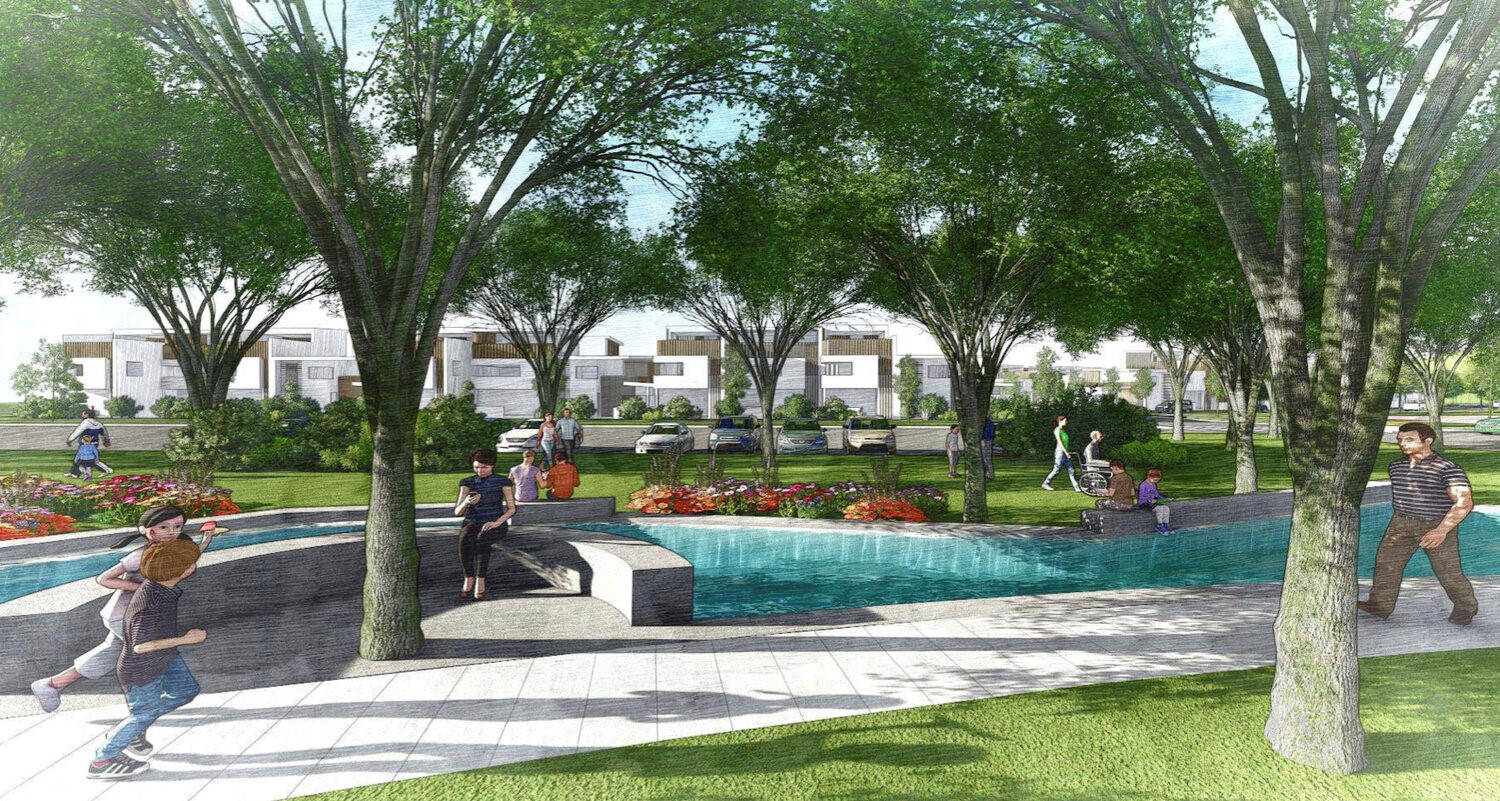 The third phase would expand the commercial core at the northern part of the mall, which is adjacent to existing commercial development. The fourth phase would take on the western portion of the site, which is up against a hill, making it a prime candidate to put taller residential or commercial buildings without impacting the surrounding neighborhood. This phase could also add open space, recreational/educational facilities, more shops, medical offices, and/or a boutique hotel.

Responsible Growth in Marin is a grassroots community group that understands that the current mall is not sustainable economically. They know the community needs to work in concert with Northgate Mall’s owner and help come up with ideas and support for solutions that pencil out. By adding multi-family housing and townhouse units linked to a vibrant town center —instead of a Costco—in the first phase, the group’s vision helps create a place that will in turn set the stage for the eventual development of the rest of the mall.

Northgate Mall can turn the loss of Sears into a golden opportunity to put mixed-use residential and commercial development close to transit, in line with the state’s goals for economic development, and create the kind of town center this part of San Rafael has been needing for a long time. With more residents to support neighborhood-serving retail, and a vibrant hub to bring together the community, everybody can win. The hope is that, by communicating the power of this vision, RGM can make it a reality. If it works, then maybe Northgate Mall can become a case study for other communities as they reimagine the future of their own shopping malls.