By Eliza Koshland and Leif Estrada

Recently, we reconfigured several units in a four-story midcentury gem of an apartment building atop San Francisco’s Telegraph Hill, an exercise that was not unlike solving a 3D puzzle. We kept the panoramic views of the Bay and city skyline while rightsizing some of the units and carving out a two-story townhouse for the owners. The project shows the adaptability of the original building’s strong modernist bones and the opportunities for adding curves to counterpoint the orthogonal nature of the modernist box. 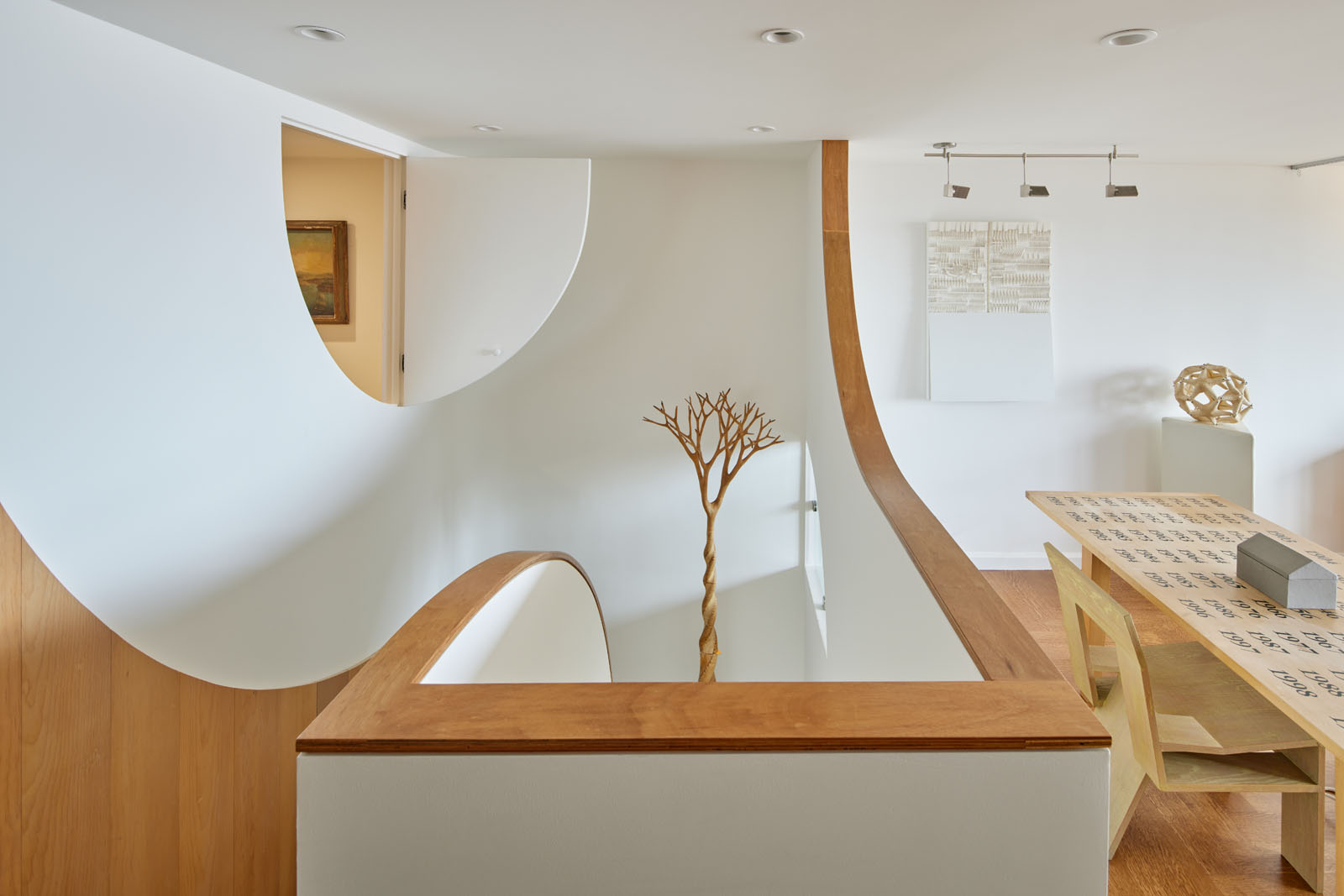 Completed in 1951, the building was designed by the local firm of Hertzka and Knowles, which worked on the Crown–Zellerbach Building with Skidmore, Owings & Merrill, as well as other notable structures in the Bay Area. Originally, there were six one-bedroom and two studio units on the first three floors and a penthouse with large, shared terrace on the fourth. In the 1970s, the then-owner remodeled the penthouse to enlarge it by combining it with two one-bedroom units on the third floor.

The current owners, a couple, purchased the building in 1995 and occupied the penthouse while raising three children. The penthouse was too big even with five people living in it. Once the children graduated from high school, the oversized nature of the penthouse became even more noticeable. 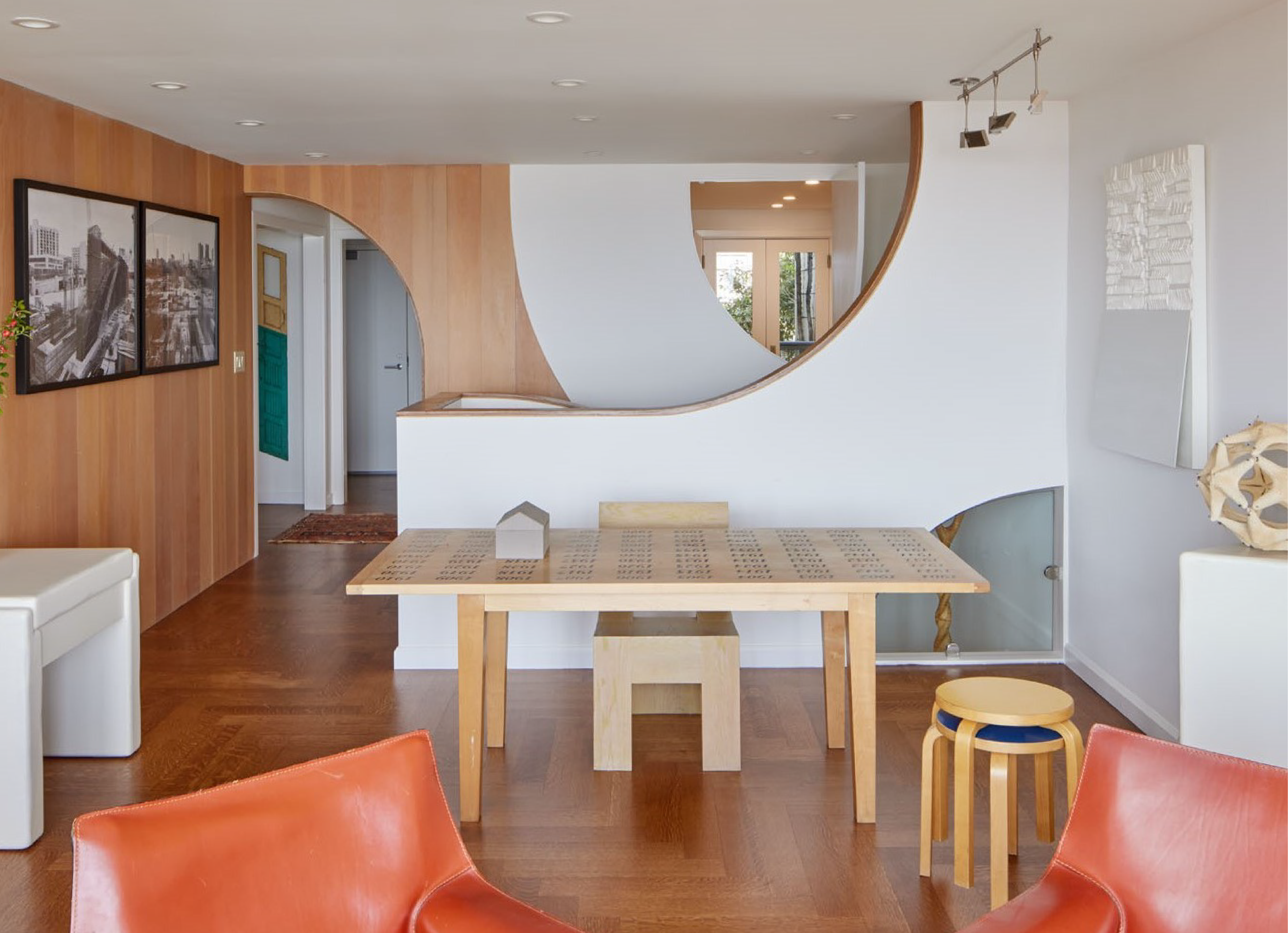 So, the owners decided to create a two-story, compact townhouse for themselves at the northeast corner of the building, one that would still have room for all three children to stay when they returned for visits. We achieved this by recapturing the floor plan of one of the original third-floor one-bedroom units—which had been absorbed into the penthouse in the 1970s—and linking it via a new stair to the one-bedroom apartment directly below on the second floor. This left the penthouse with five bedrooms but contained within a more workable amount of space.

Both levels in the new townhouse contained an original 1950s fireplace that no longer worked and overwhelmed the middle of the apartment floor plate. We removed both fireplaces to insert a new staircase, which was constructed using wood reclaimed from the previous renovation. Challenges included capturing natural light for the internal stair and promoting views throughout the floorplate.

We drew inspiration from the work of our early mentor, Charles Moore, who used sweeping arc forms and discrete apertures to frame views in such projects as the house he designed for Sea Ranch house and his own New Haven residence. For the Telegraph Hill apartments, curving, strategically choreographed cut-outs allow daylight into the staircase and third-floor guest bedroom while providing a whimsical counterpoint to the building’s orthogonal structure. The curves have a fragmentary quality that invites the eye to complete the arcs. 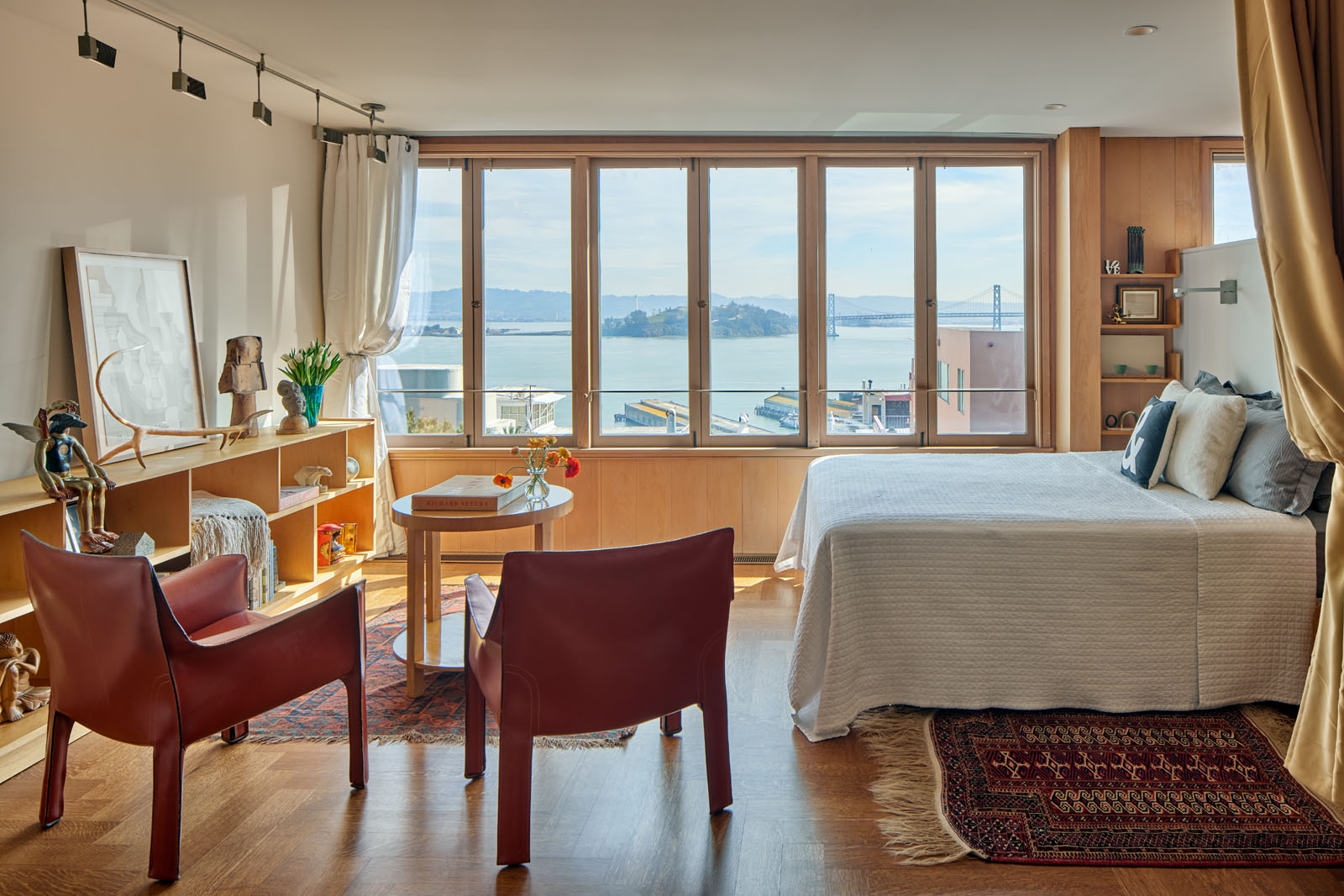 The third-floor’s former living room space is opened up loft-style to provide space for the master bedroom suite, while doubling as a workspace. A small guest bedroom was added, alley facing, where we installed new French doors with a Juliet balcony to bring in more daylight. We retained the floor plan of the second-floor space, which contains the townhouse’s living room and kitchen and has great views of the Bay from its balcony. 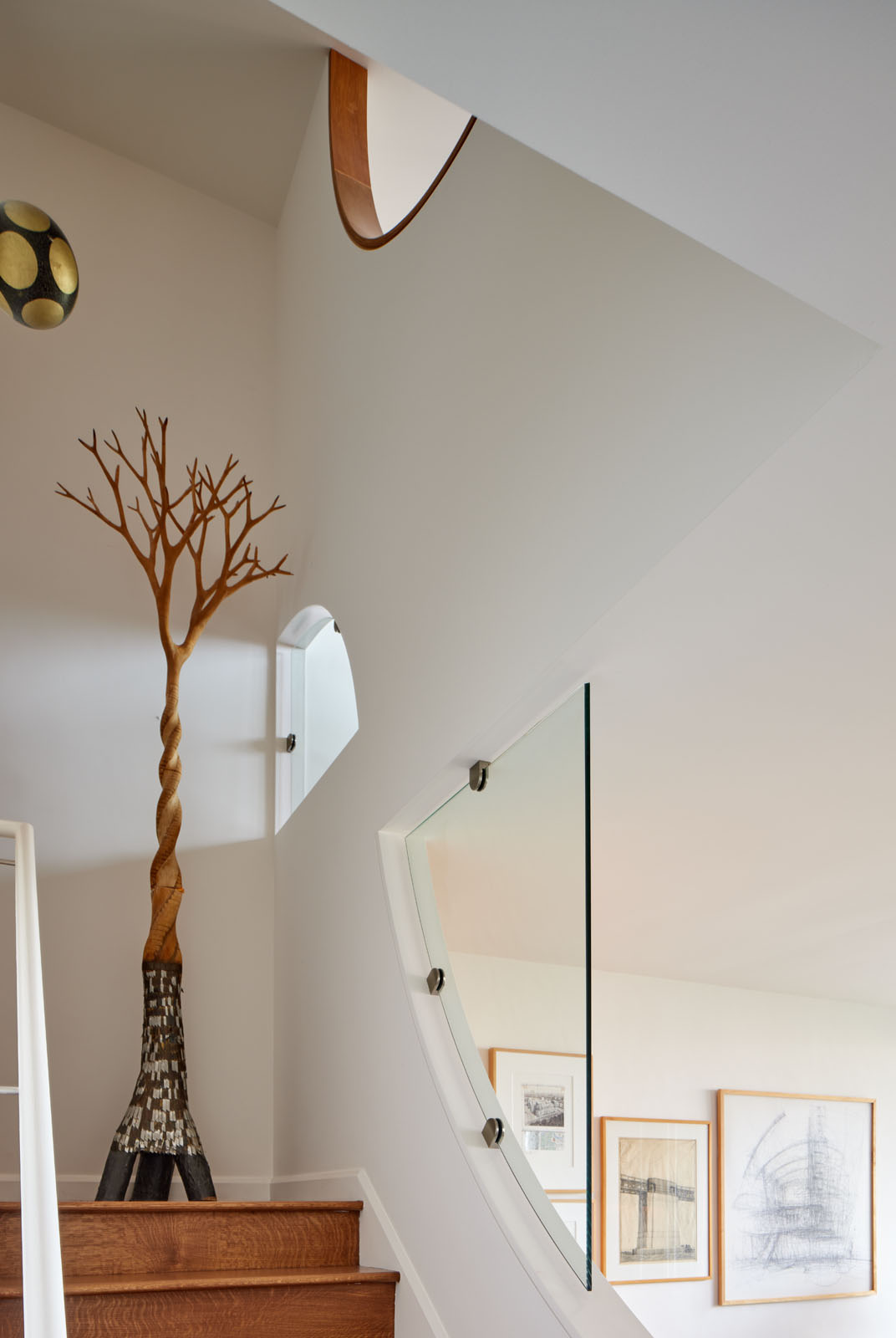 Our overarching goal was to maintain the strong bones of the midcentury interiors, while bringing a refined level of craft to the reconfigured spaces by combining simple materials with precision. Everything in this interior renovation project—even the staircase with its curves and cutouts—is something that a good carpenter could, and did, construct.