Champions of the Bay Area Heroic

I grew up in San Francisco in a building designed by Julia Morgan, one of the earliest and most influential architects of the Bay Region style. (The building happened to be the San Francisco Zen Center.) So it may seem surprising that two of my biggest architectural heroes are Mario Ciampi and Paffard Keatinge-Clay, designers of concrete buildings in the style commonly labeled “Brutalist.” Their buildings have a sense of—I won’t quite call it majesty, but it’s a sense of purpose. They make you feel something. To borrow a term from the recent book Heroic: Concrete Architecture and the New Boston, I see Ciampi and Keatinge-Clay as vanguards of what I’d call the Bay Area “Heroic”, a style that I believe embodies San Francisco more accurately than a lot of their contemporaries did.

My parents had both studied poetry at San Francisco State University in the late 60’s. Because of this, I was familiar from an early age with the student union Keatinge-Clay designed for the campus in the 1970s, with its distinctive truncated concrete pyramids angling up from the building. Living in the Inner Sunset and Outer Richmond, I spent a lot of time around the French Hospital Office Annex on Geary Boulevard, which was also designed by Keatinge-Clay. 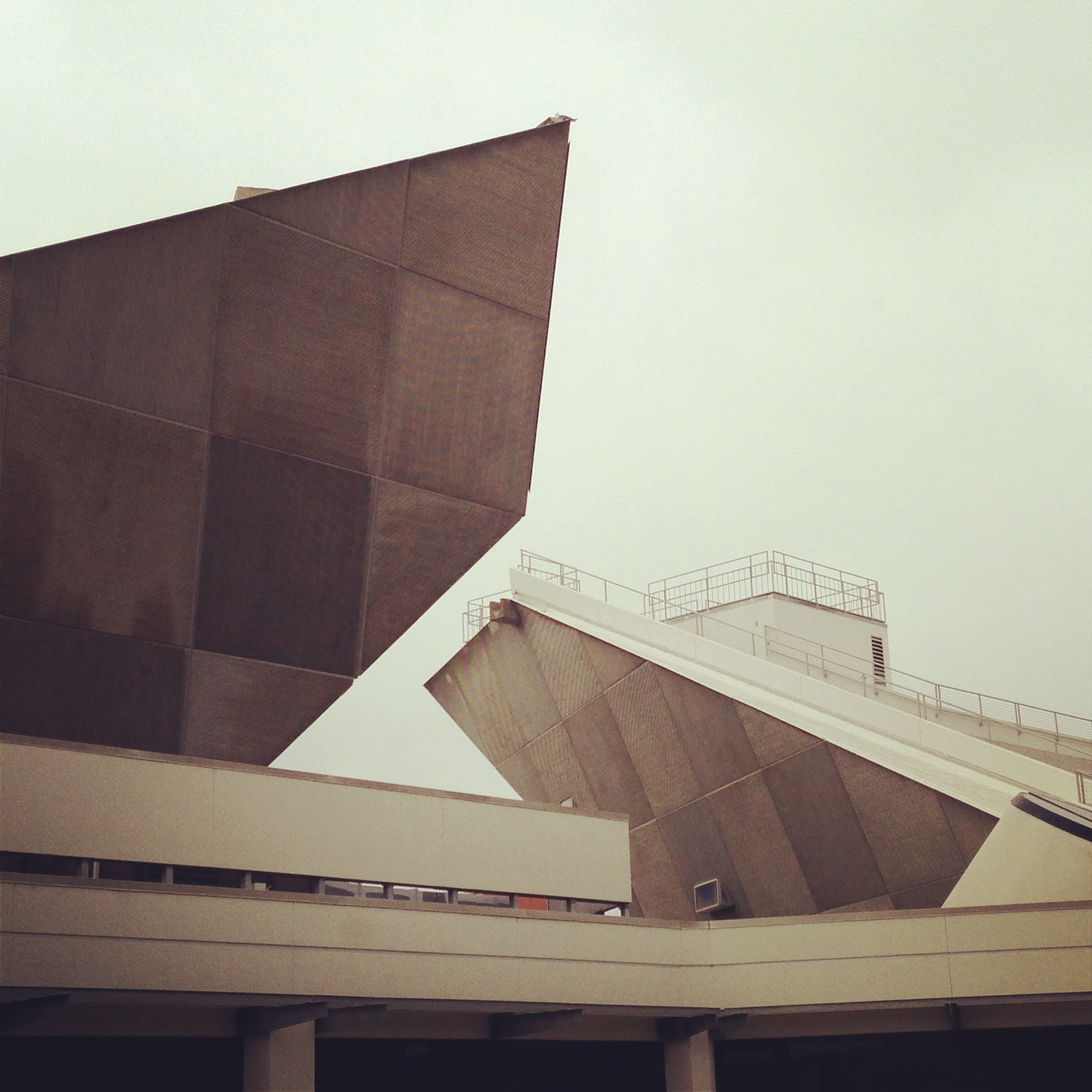 On weekends, we often drove Interstate 280 to the peninsula. I always loved the moment in San Carlos where two overpasses cross overhead. They’re tapered in section, and they elegantly soar through the air. Even as a child, I thought, “This is beautiful.” Many years later, I found out that Ciampi had designed those curving overpasses in the mid-1960s. Born in San Francisco a year after the 1906 earthquake Ciampi had studied at the Harvard Graduate School of Design. He met Le Corbusier and Marcel Gropius while traveling across Europe on a fellowship before opening up his practice in San Francisco in 1946.

In the 1990s, I went to get my bachelor of architecture degree at the University of Oregon. There, it turned out that Christopher Alexander’s acolytes were spreading the “Pattern Language” gospel. For some reason, I didn’t drink the Kool-Aid and instead discovered Le Corbusier as an antidote—one of those architects nobody wanted to talk about at the time. It seemed like all of my fellow students were discussing wood rafter tails, and I was looking at La Tourette and saying, “Why are we not talking about this?”

When I came back to San Francisco after getting my architecture degree, I discovered the San Francisco Art Institute addition that Keatinge-Clay designed in the late 1960s. It blew my mind. It was (and is) the closest thing to a Le Corbusier project you’ll see in the United State outside of Cambridge. Born in England in 1926, Keatinge-Clay had worked for Le Corbusier, as well as Frank Lloyd Wright and SOM, before setting up shop in San Francisco in 1961. 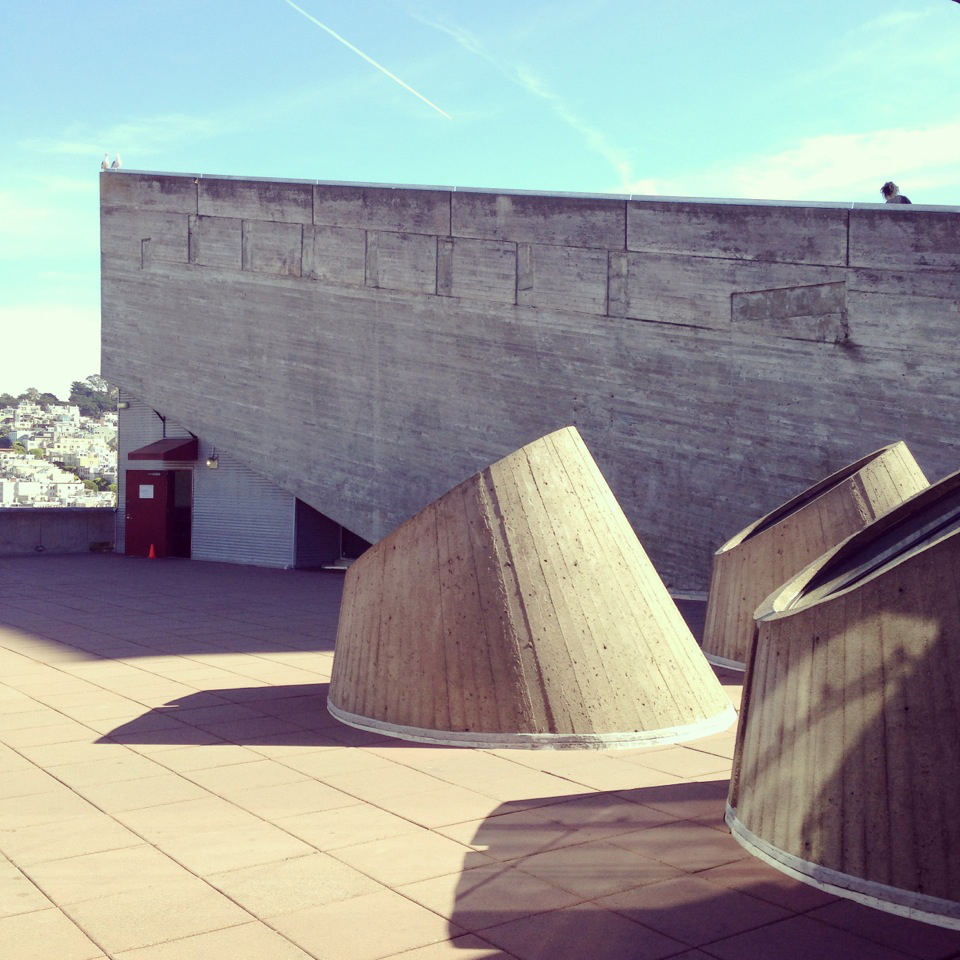 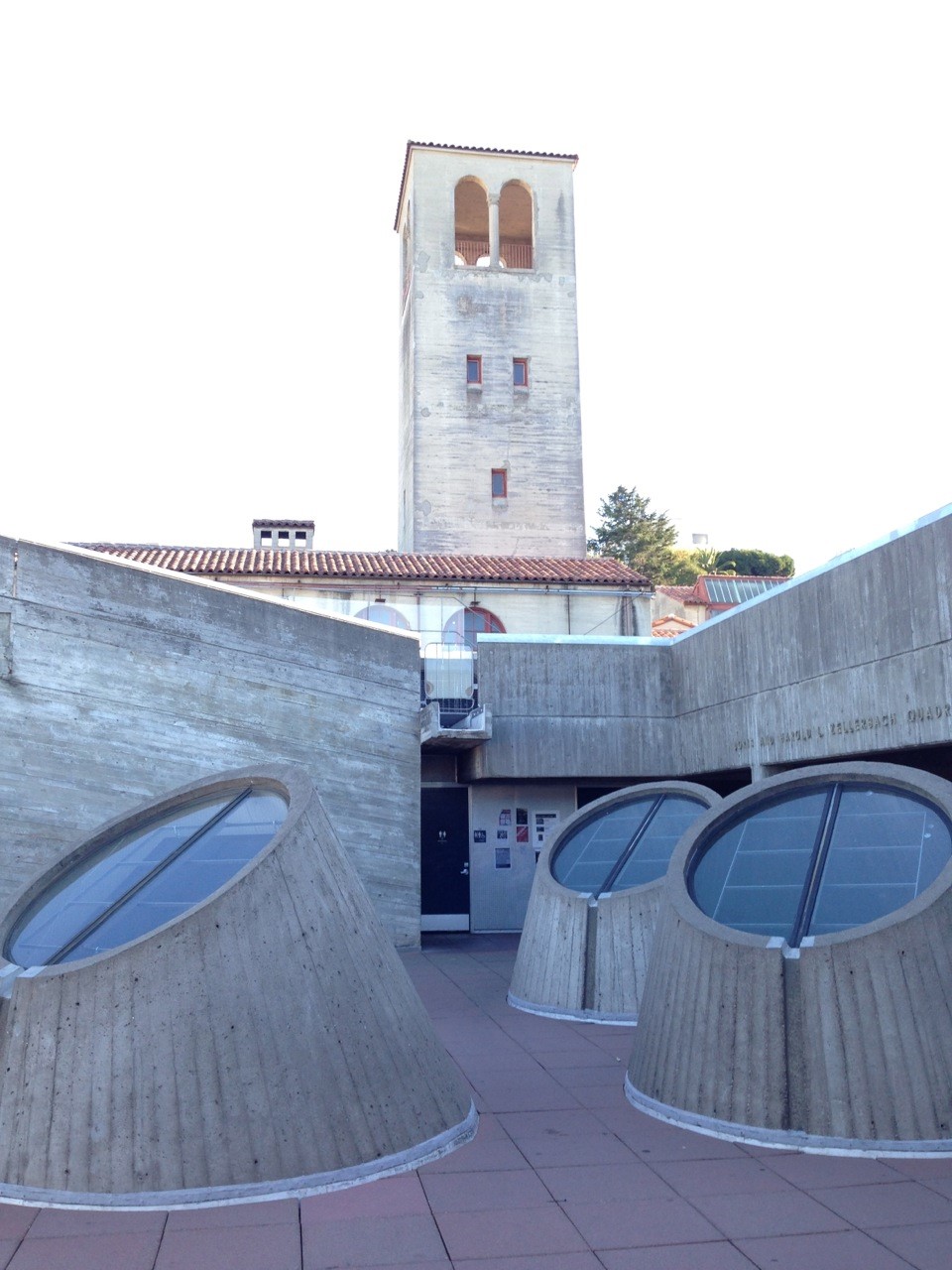 The Art Institute addition is masterfully sited. The spaces and the landscapes are amazing. The sequence of descending the ramp through the art studios—there’s nothing like it. The building is oddly contextual, considering how massive it is. My favorite moment is when you come out onto the roof terrace. On one side you see the angular board-form concrete wall of the auditorium, on the other side is the horizontal board formed concrete of the original cloistered structure. The two sides with the same materiality and different expressions create a wedge of space that frames views to Telegraph Hill in the distance. In the years since, I’ve brought numerous fellow architects, architecture students, and laypeople to that terrace, and when we arrive at that moment, everyone is struck with awe. 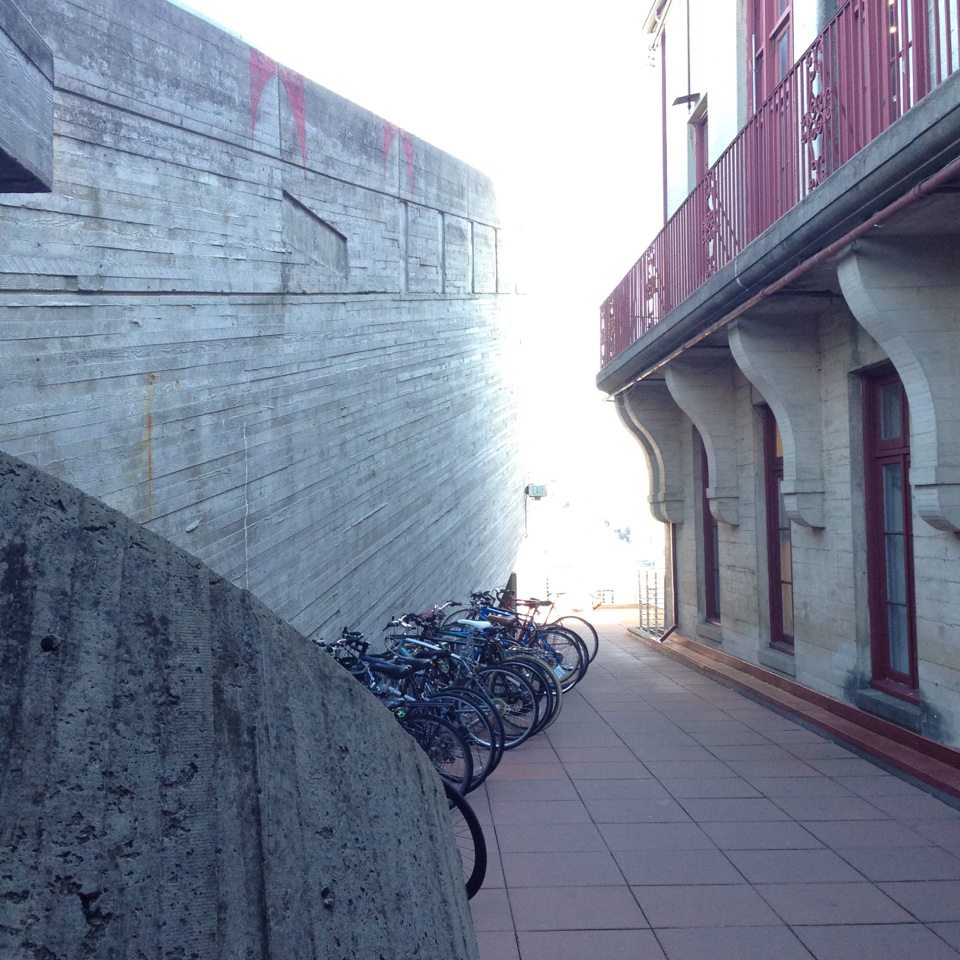 My Le Corbusier obsession even influenced my decision about where to go to graduate school, in an odd way. When I got my acceptances, I took a redeye to the East Coast and visited Columbia University first. Everybody I met there was nice, and I thought I’d end up going there. Then I drove to Boston to check out the Harvard Graduate School of Design. It was a terrible experience. Nobody there talked to me. The city was cold. Gund Hall, where the graduate program is located, struck me as terrible, like half of a gladiatorial arena. (I would later grow to love it.) Then I walked across the street, saw Le Corbusier’s Carpenter Center for the Visual Arts, and fell in love. That’s why I chose the GSD over Columbia—the Carpenter Center. I eventually got an apartment right across the street from it, and I would walk through it every day. 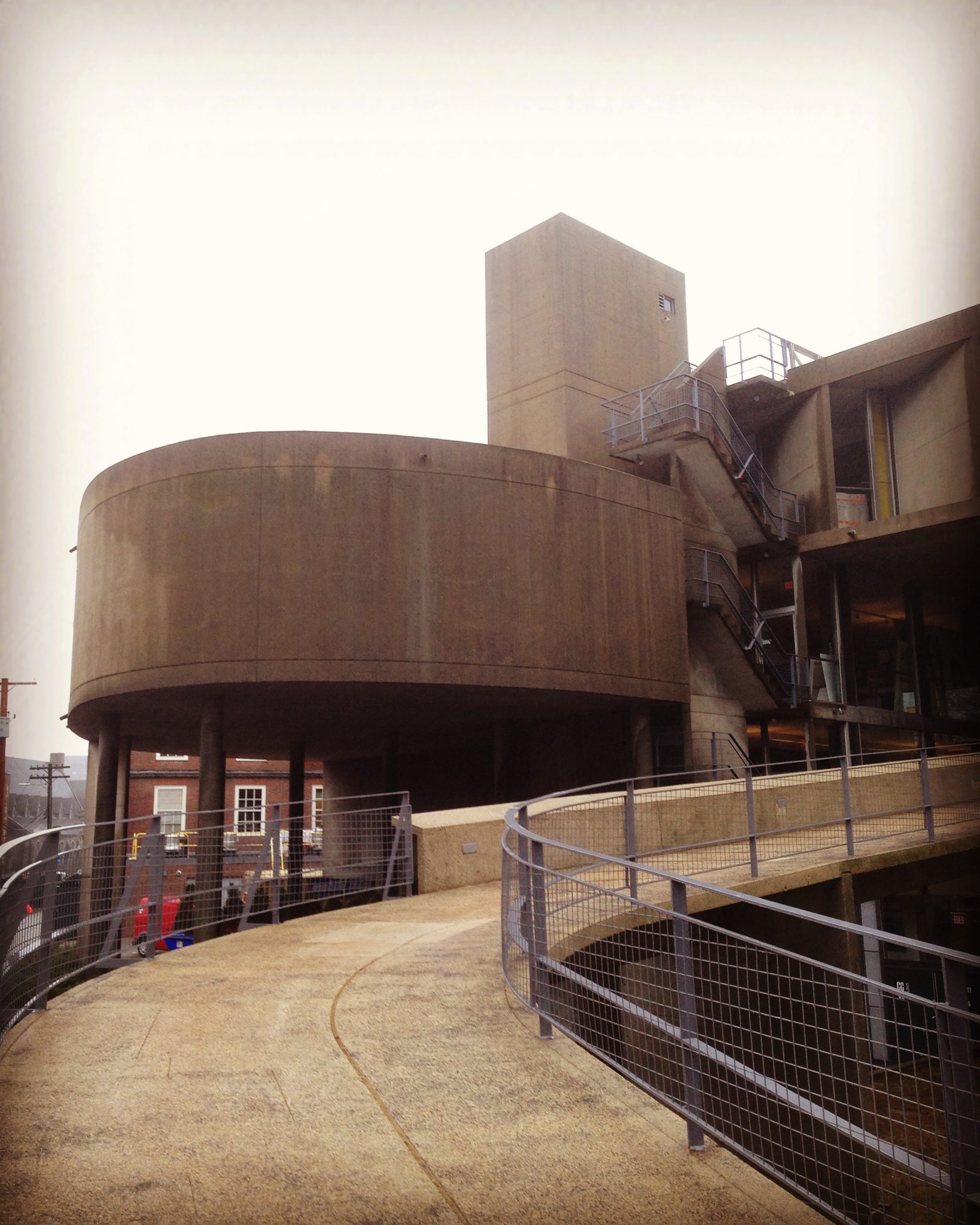 The Carpenter Center is really humanist, like a lot of Le Corbusier’s postwar buildings. They’re about scale, proportion, and texture. Rather than express grand utopian ideas about how a city should be organized, the way his prewar designs often did, they put forward utopian ideas of how people actually live and interact with buildings.

Keatinge-Clay and Ciampi may have been influenced by Le Corbusier, but I believe their work is more San Franciscan than the Arcadian designs of the era. In the Bay Area, too many 20th century buildings seem to have elements of the Arts and Craft movement—rafter tails and shingles—slapped onto them without much thought. That approach takes away all the magic that made Julia Morgan and Bernard Maybeck great. 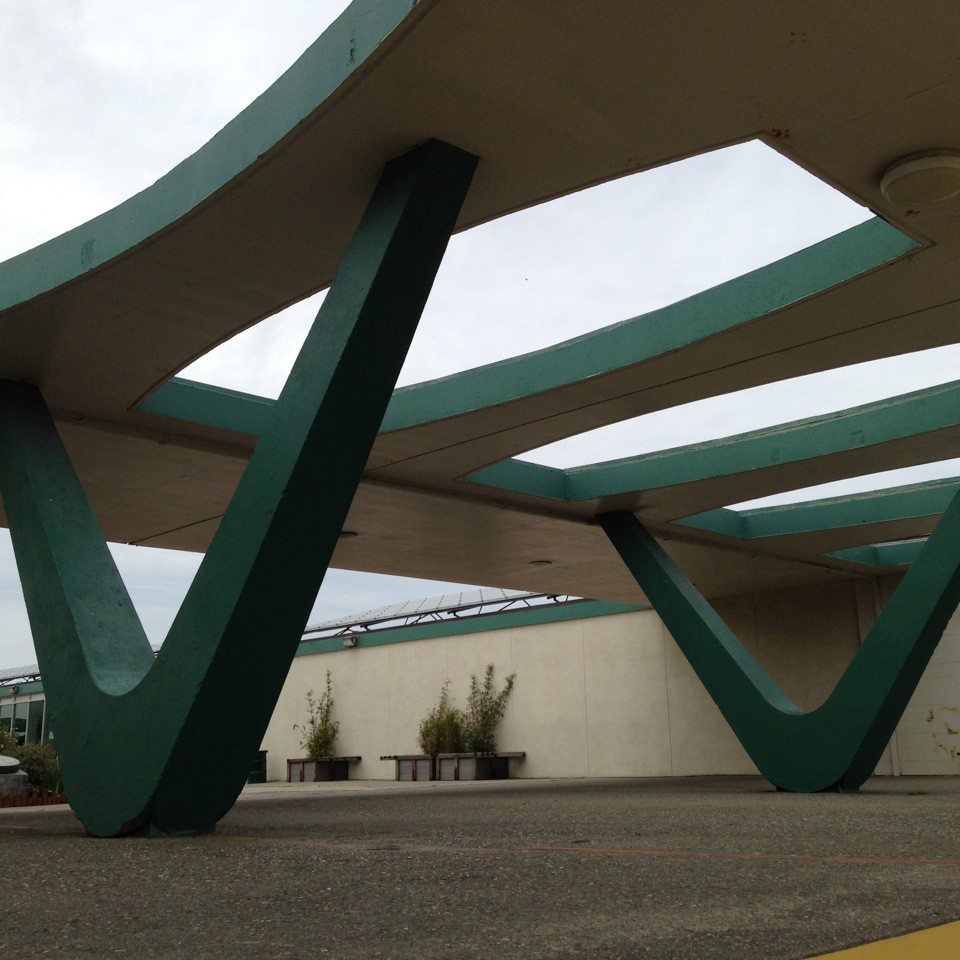 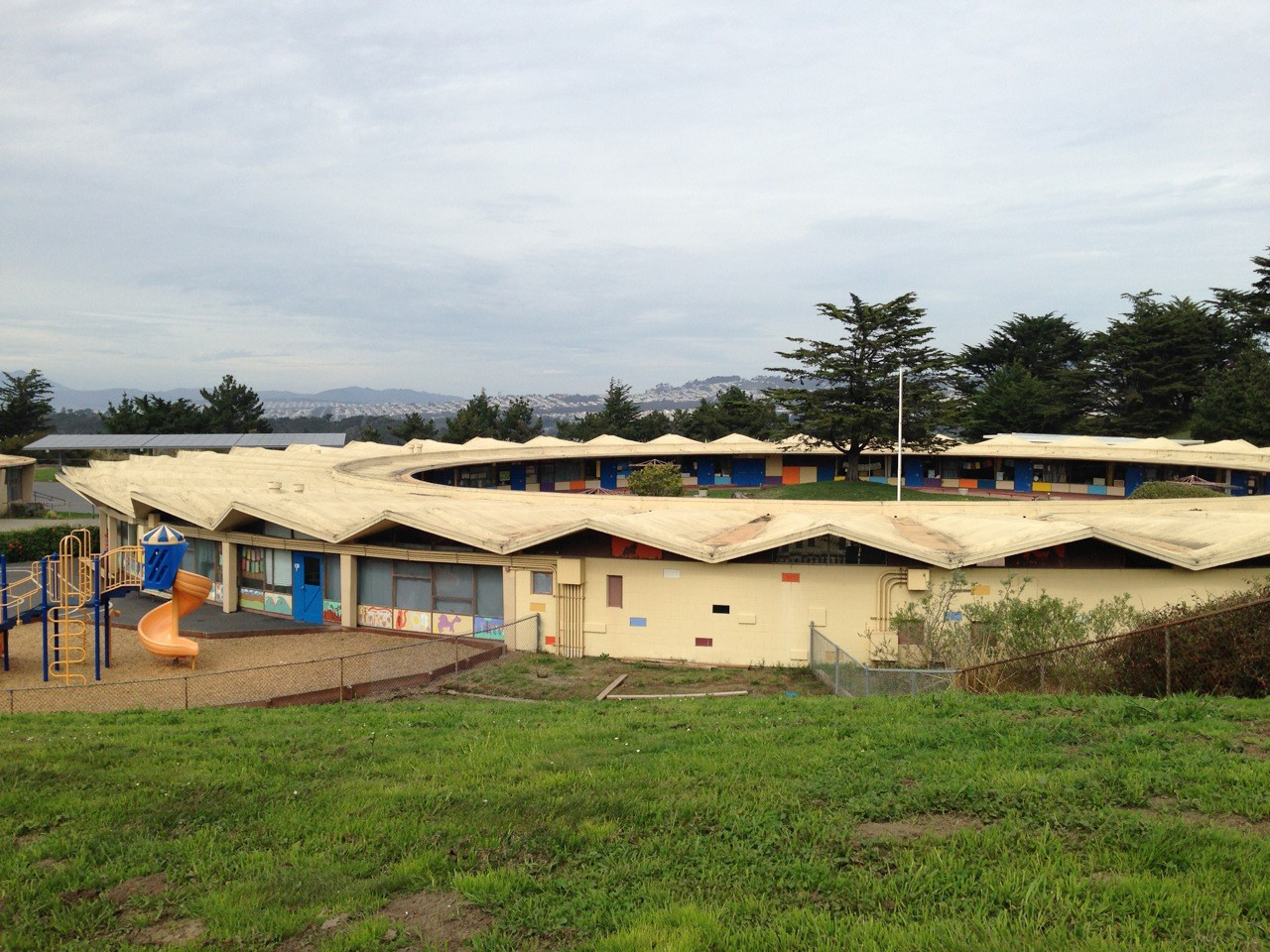 Post-1940s San Francisco was about being who you are, regardless of what others think. The beat poets who hung out in North Beach, the gay community who gravitated to the Castro, later on the Hippies and the Haight Ashbury, and people like my family who were attracted to Eastern philosophy and wound up at the San Francisco Zen Center—all the unconventional people drawn to this city could find a place for themselves. Ciampi and Keatinge-Clay’s buildings seem to tap into that same cultural zeitgeist. Their works express and encourage the individuality, yet are clearly shaped by and of this place. That’s at the heart of what makes San Francisco unique.