On February 23rd we ventured to Balboa Park to celebrate the reopening of the Balboa Pool, a project we have worked for the past few years. 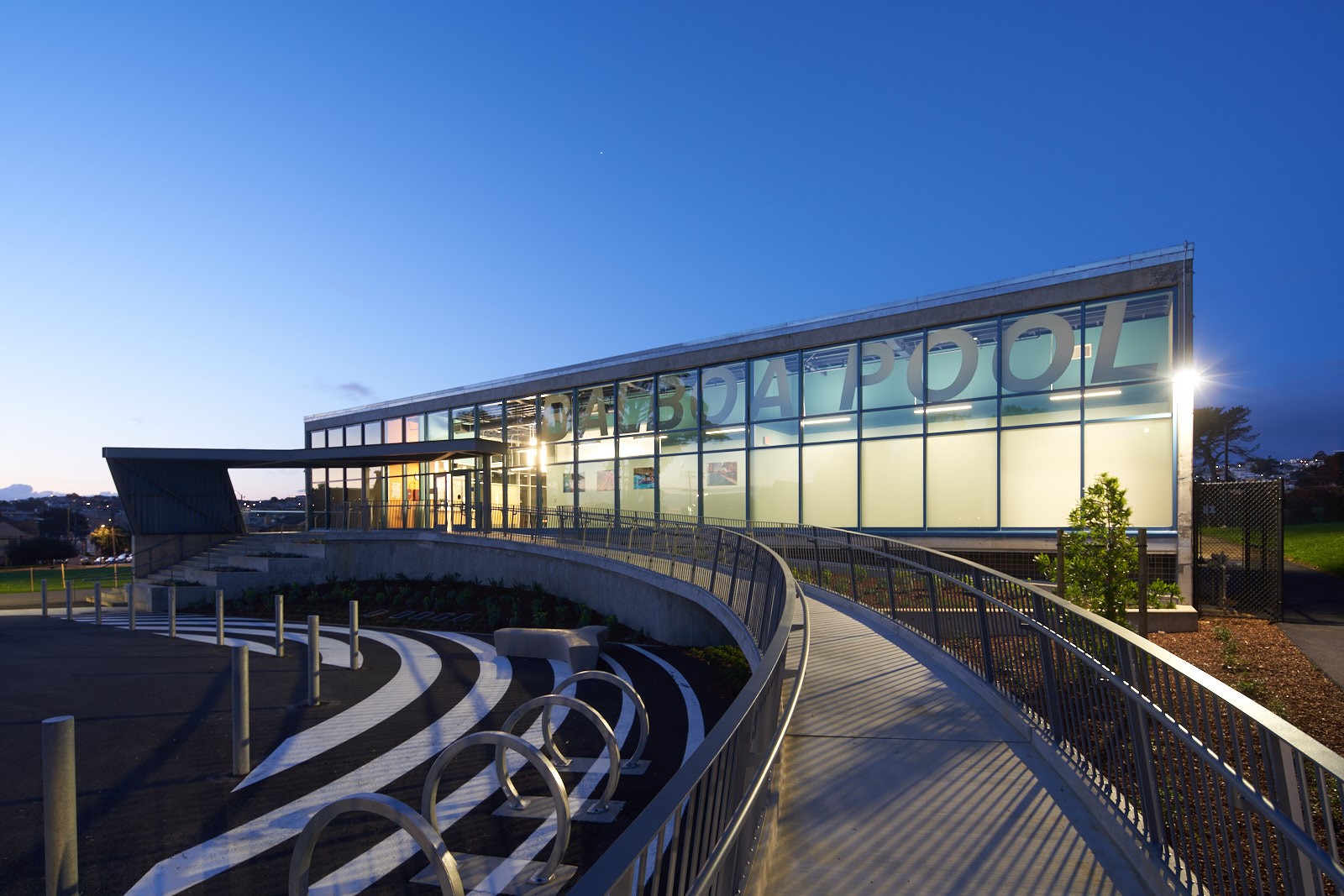 Balboa Pool has been a beloved fixture of San Francisco’s Balboa Park neighborhood since it opened in 1956, with its beautiful natatorium, sleek horizontal form, scored concrete-clad walls, extensive glazing, an exposed wood and concrete ceiling, and a swooping semicircular ramp leading to the central entryway. 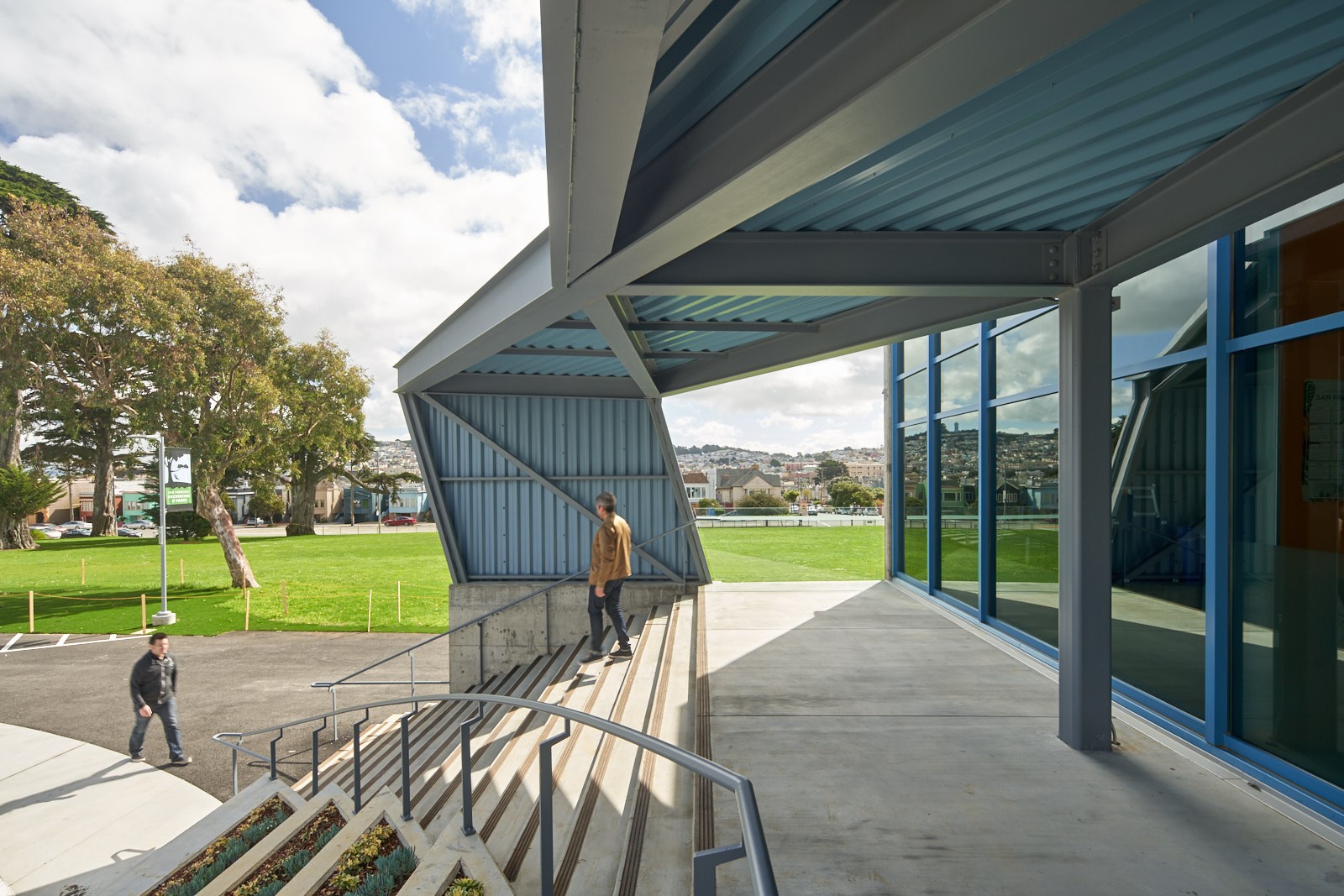 Designed by noted architect Frederick H. Reimers, it’s one of the only still-intact International-Style pool buildings constructed in the 1950’s for the San Francisco Recreation and Park department.

When it came time to renovate, we formed a joint venture with our friends at ELS Architecture and Urban Design in Berkeley to preserve its historic integrity while making essential repairs and improvements that take the aquatic facility into the 21st century. Byron Kuth, our managing principal, noted that improvements made by the renovation were welcomed by residents of the surrounding neighborhoods. “This pool and building not only focuses on health and well-being, but community as well,” said Kuth.

The renovation added windows that connect the pool to the surrounding park, “you can see out to the park, while swimming” said designer Eliza Koshland.

Members of the community told us they really wanted a meeting space that could be used independently of the pool. Without changing the existing footprint, we were able to rearrange the interior in a way that made it more functional while carving out room for the meeting space. It can also be rented for birthday parties! 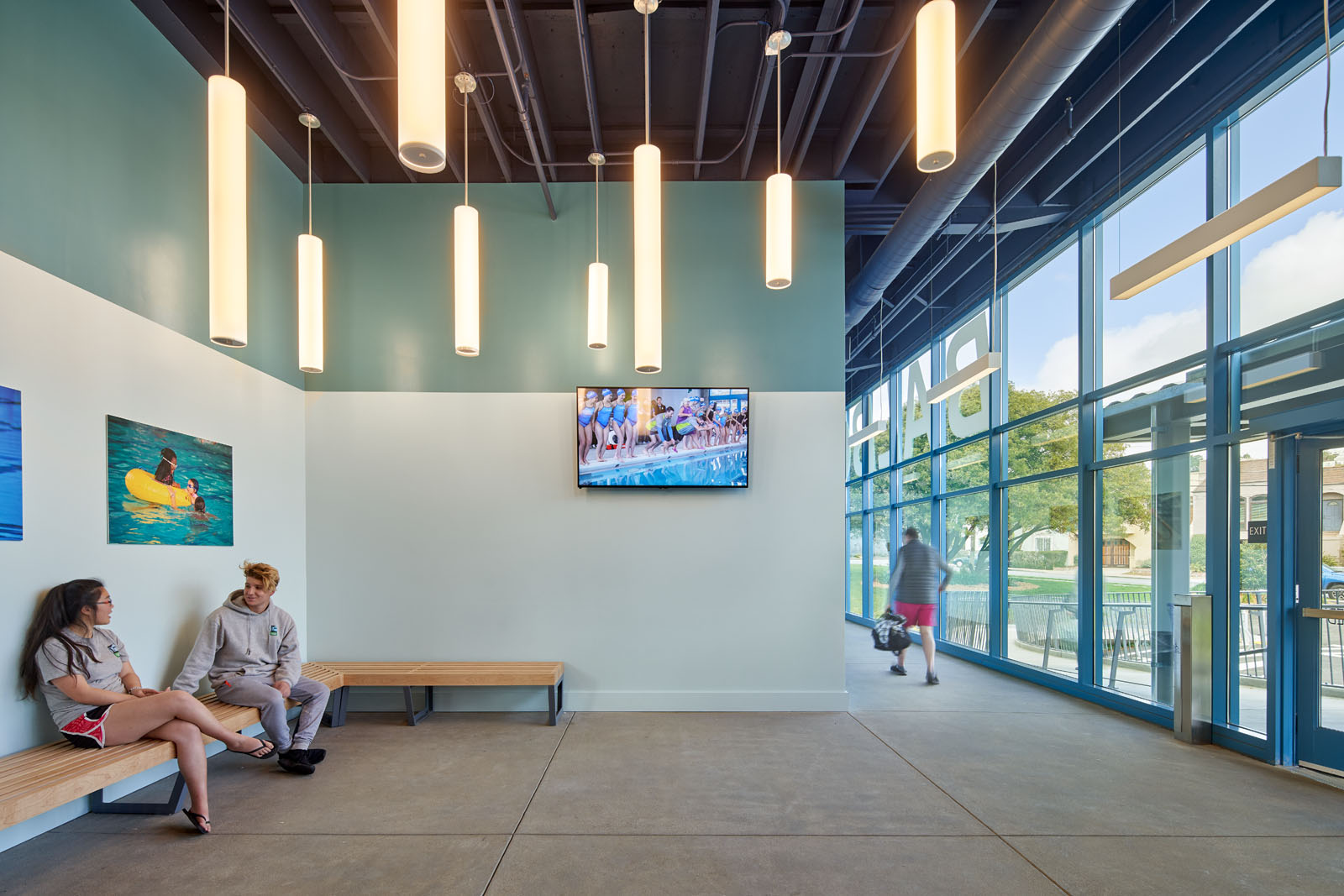 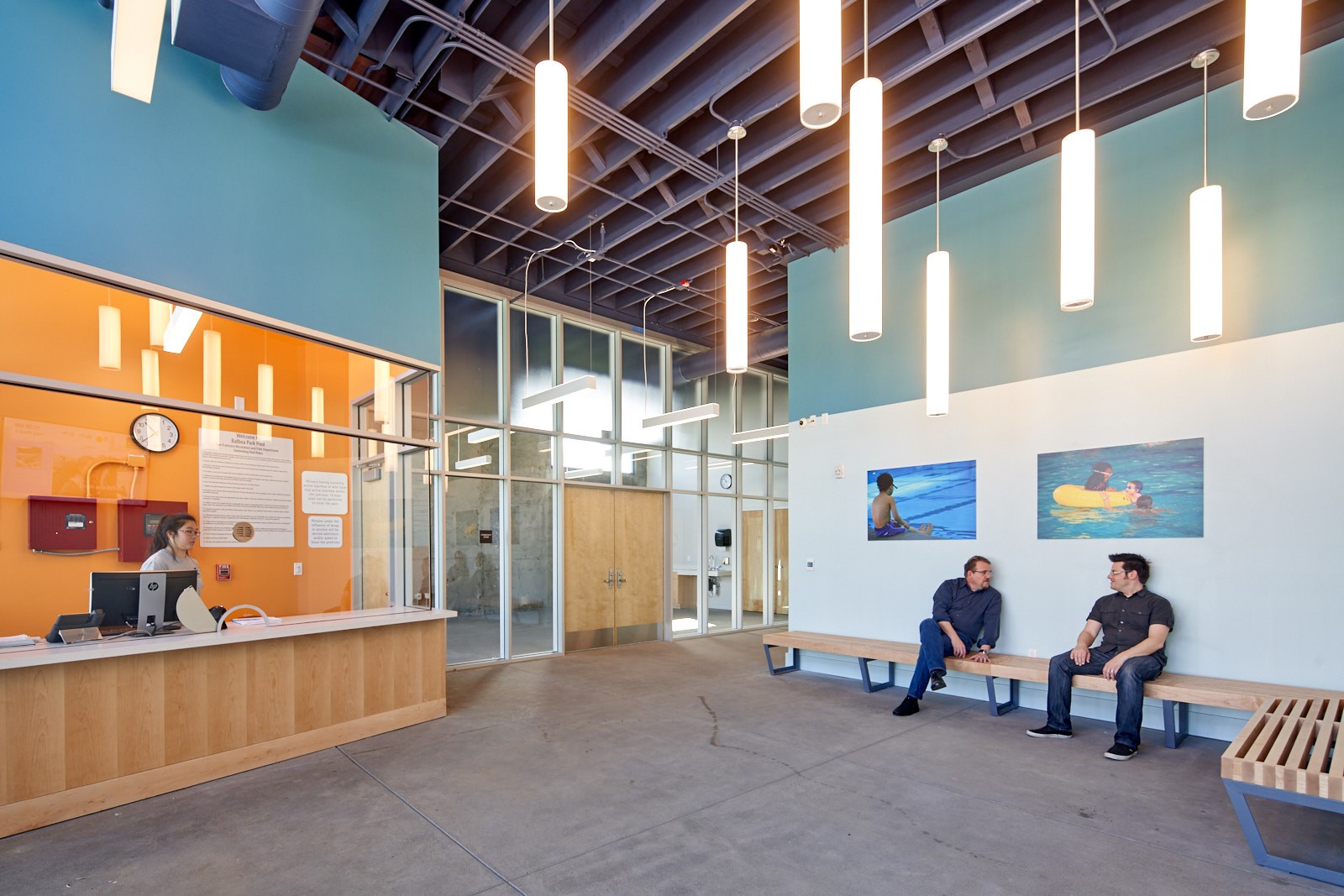 On opening day, the public enjoyed new locker rooms, a new family changing room, a revamped parking area to smooth the flow of traffic, the addition of a canopy to better mark the entry, ADA upgrades, and a host of other enhancements, all with minimal alteration of the historic fabric. 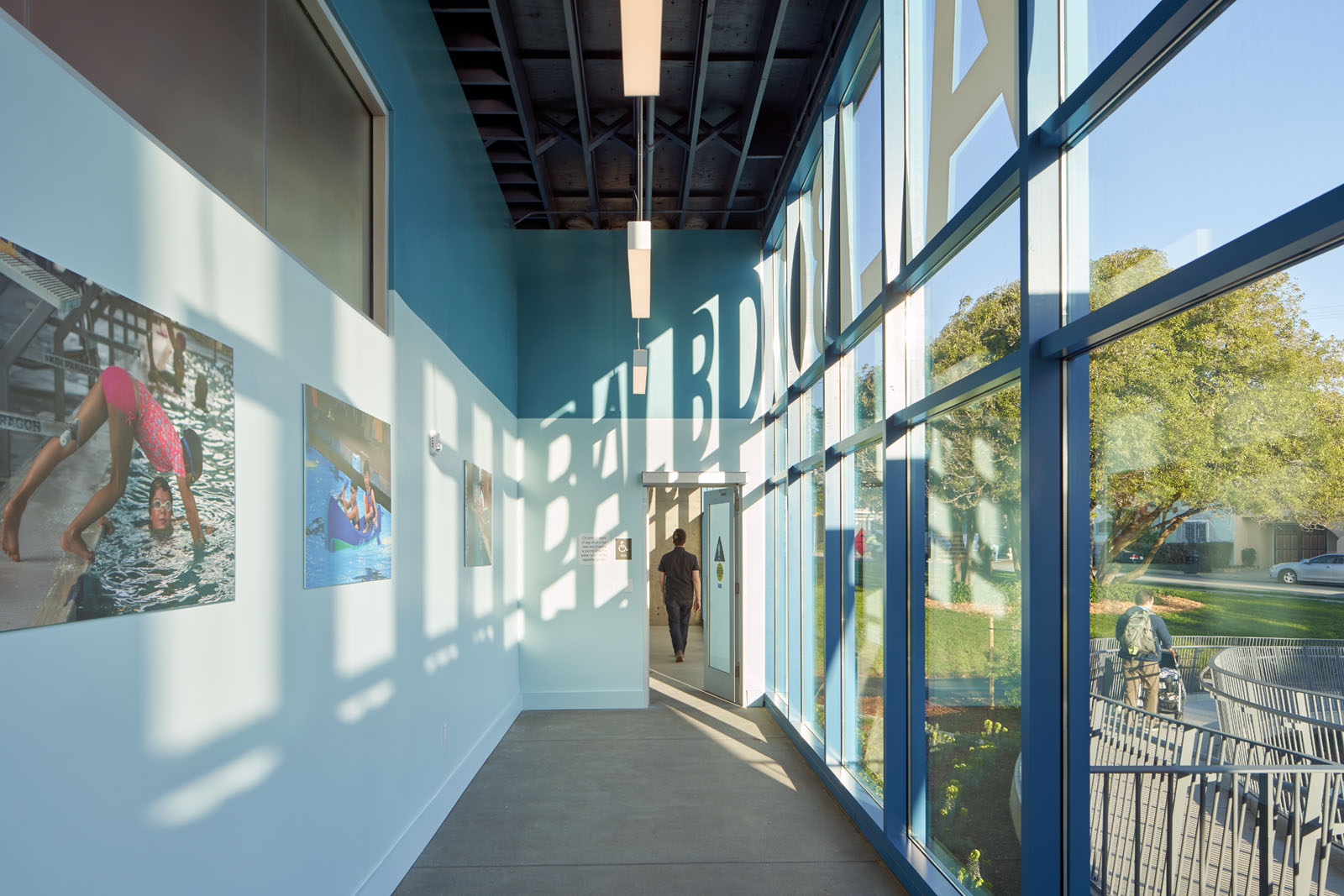 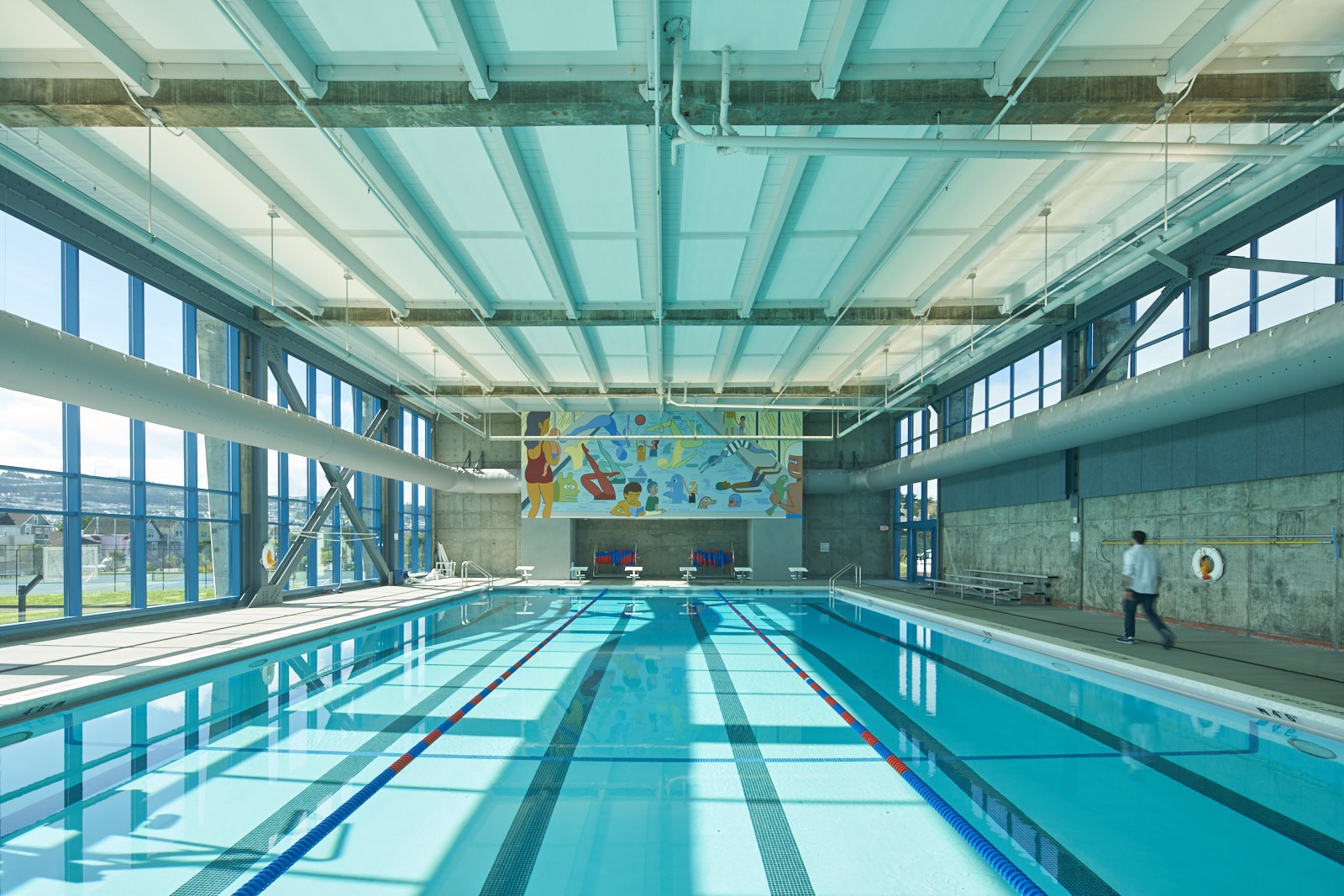 According to Koshland, the entire pool deck was lined by guests waiting to jump in. “It’s great to have the pool be a wonderful public amenity to such a large population in the Excelsior and Outer Mission neighborhoods,” she said.

Overall, it was a great joy to be part of bringing this neighborhood gem back into the swim of things. 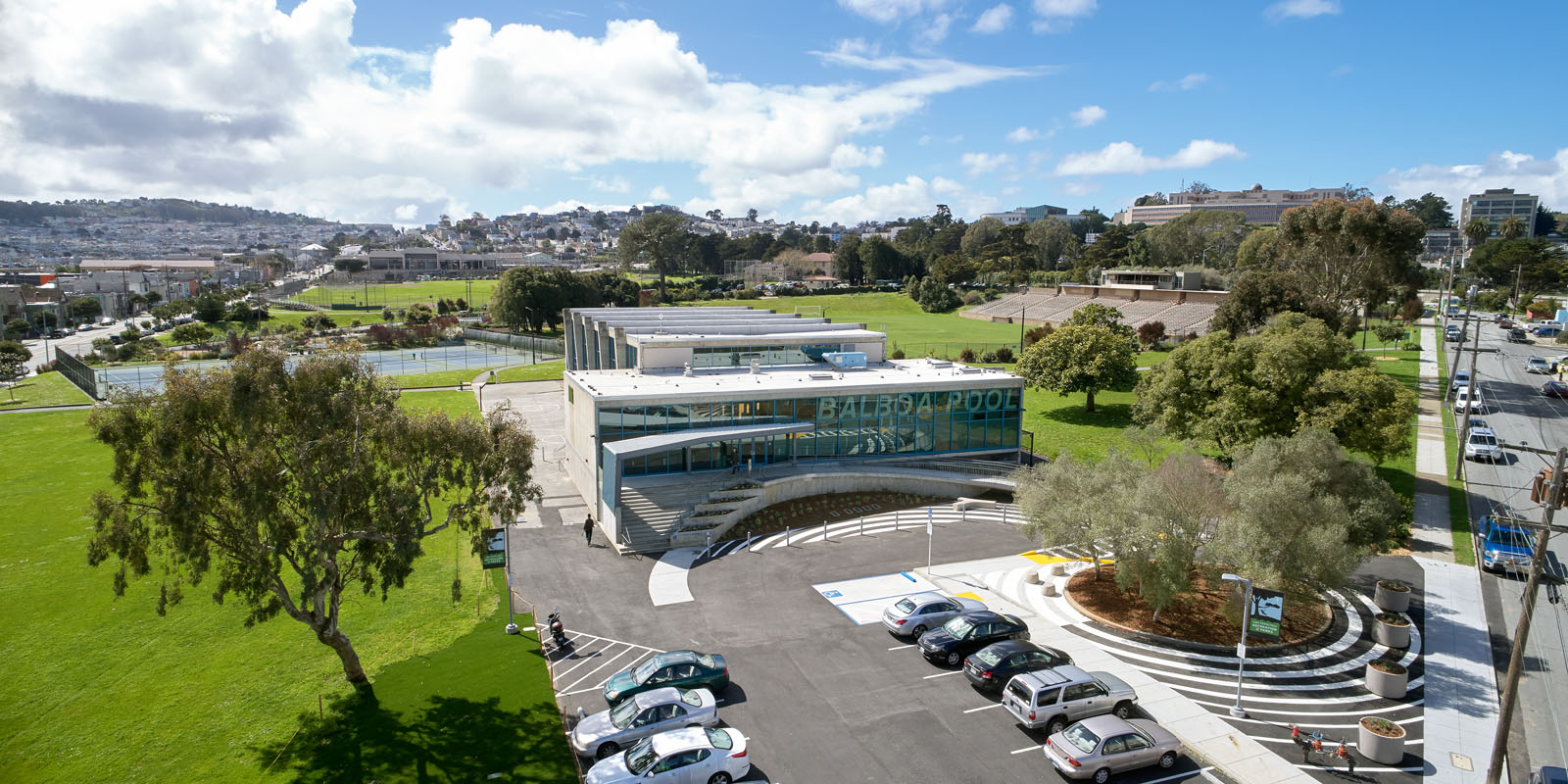 Want to swim in a midcentury modern treasure in San Francisco? The pool’s program and hours can be found here.