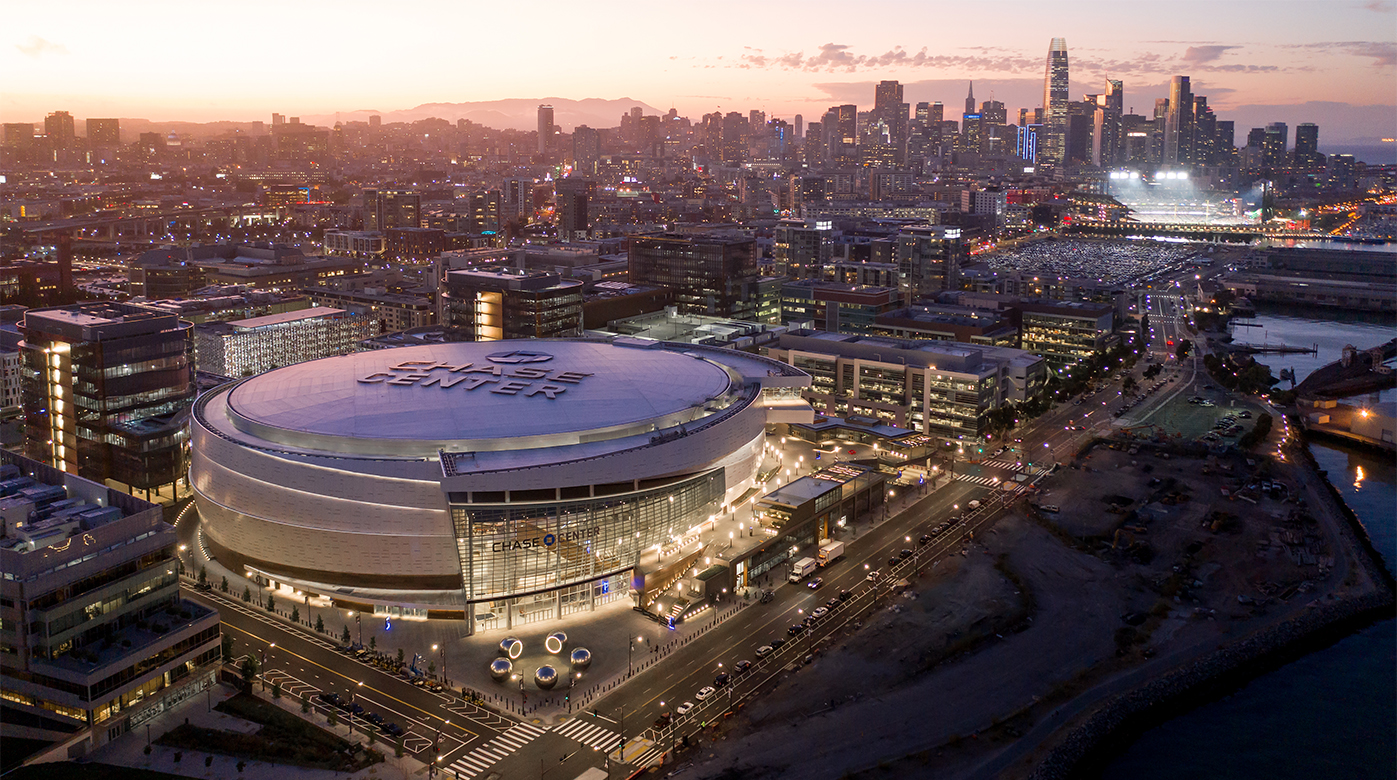 A few years ago, we received a call from Gensler, the global architecture firm selected to design the interior of Chase Center: the new waterfront home for the Golden State Warriors. Gensler needed a small business enterprise to join their team to design the lobbies and eventually, the Esplanade of the center. We of course leaped at the opportunity to help create the new home for our beloved team.

Working on the lobbies provided an interesting opportunity to design transitional spaces between the arena and the public plaza. These spaces needed to be highly functional and fluid such that 18,000 show and game-goers could swiftly navigate their way to and from their seats. We pulled inspiration from the exterior design of the building which is circular in form. The exterior is clad in swopping metal ribbons that reference that Bay Area’s nautical history and the fluidity of water. At the lobbies, the façade transforms into a glass curtain wall to provide outstanding views of the waterfront. We wanted the lobbies to feel like an extension of the exterior, and we brought the idea of ribbon inside. 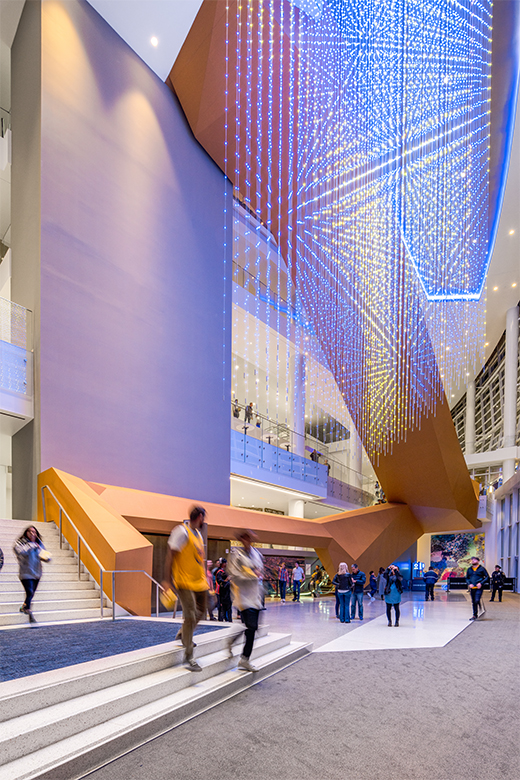 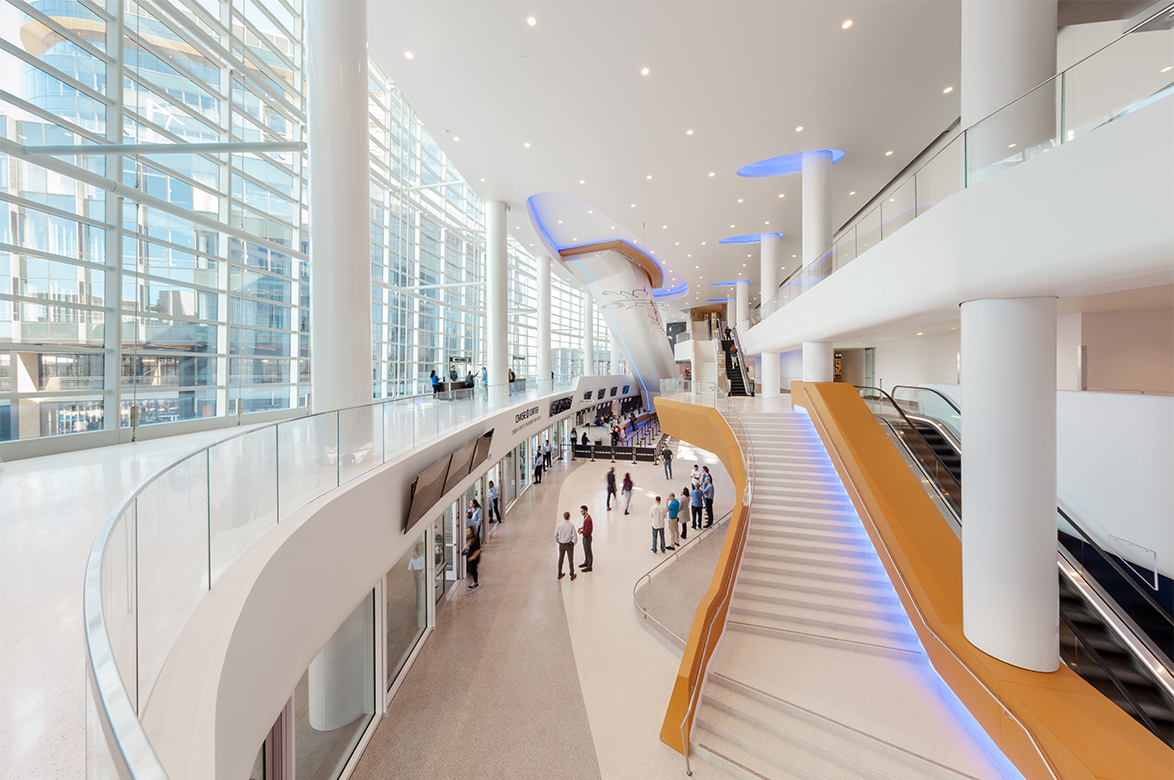 We cladded the stairs, ramps, and escalators with a long, shifting strip of golden wood. The ribbon assists with wayfinding, and it melds the vision of the exterior to that of the interior. We brought the wood to the mezzanine level as well, so that guests on the ground floor could follow the ribbon to further navigate the space.

The original rough sketches for the theater and main lobbies had central cores and a lot of residual, unused space. In both lobbies, we pulled the main staircase over to the side in order to create a welcoming area with a big concierge desk at the center. In the theater lobby, which is around 6,000 square feet, the materials are more refined, making it the perfect place for black tie events. 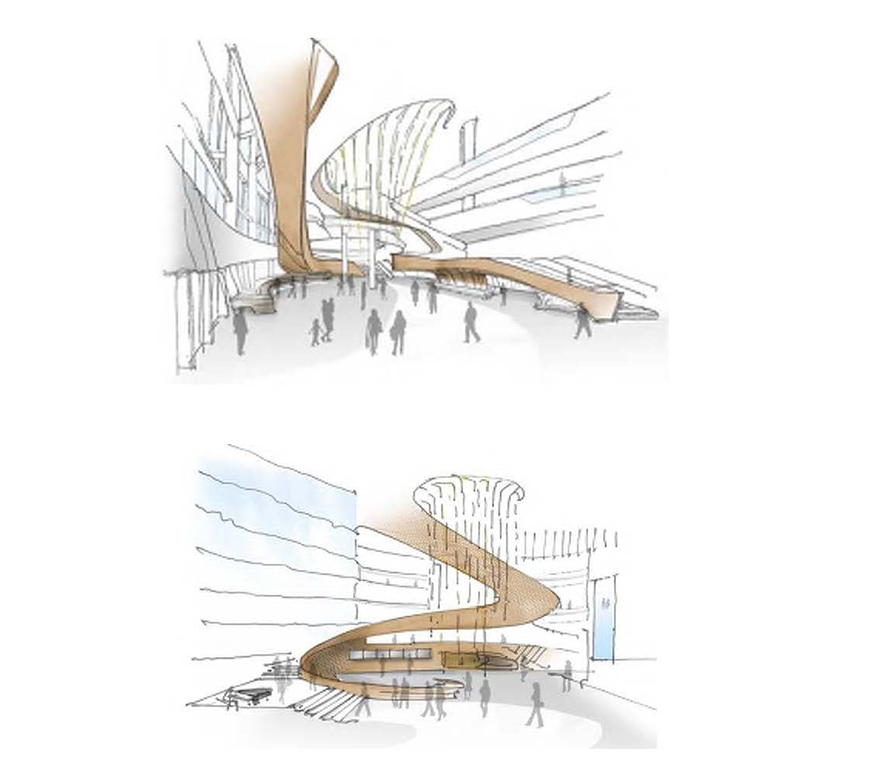 Sketches of the Chase Center Main and Theater Lobbies

As we began our work on the lobbies, Gensler invited us to join a brainstorming session for the visitor facilities and retail street that would wrap around the outside of the arena. We suggested calling this new space the “Esplanade,” which was inspired by the Charles River Esplanade, the infamous three-mile-long stretch along the Charles river in Boston, where we used to live and teach. Just like the Charles River Esplanade, the new site of Chase Center provides fabulous views of the waterfront and will be a multipurpose space. Visitors can stroll and enjoy the views while simultaneously shop and graze on food and beverages. 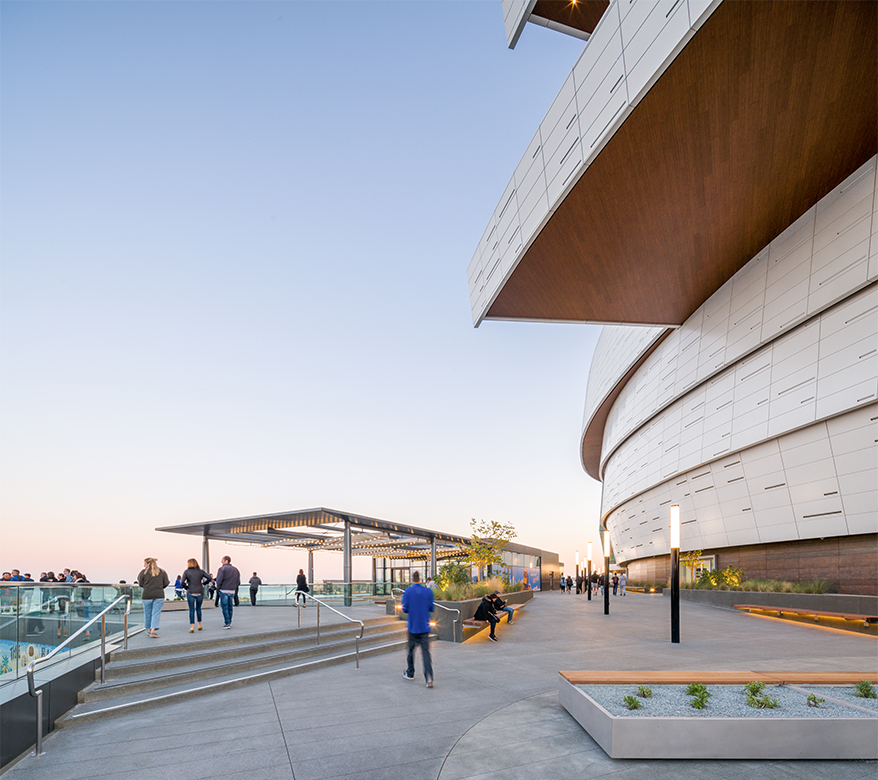 Eventually, we were asked to take over as the design lead for the Esplanade. The space itself is unusual because it is up against a 120-foot arena wall while simultaneously situated 23 feet above the sidewalk outside. In the center of this vast space, we were looking for ways to create an intimate experience for the patron. We added bar seating behind the highest level of seating so that groups could gather and have drinks while watching the game. We also added an outdoor area for patrons to get some fresh air at halftime and walk around. 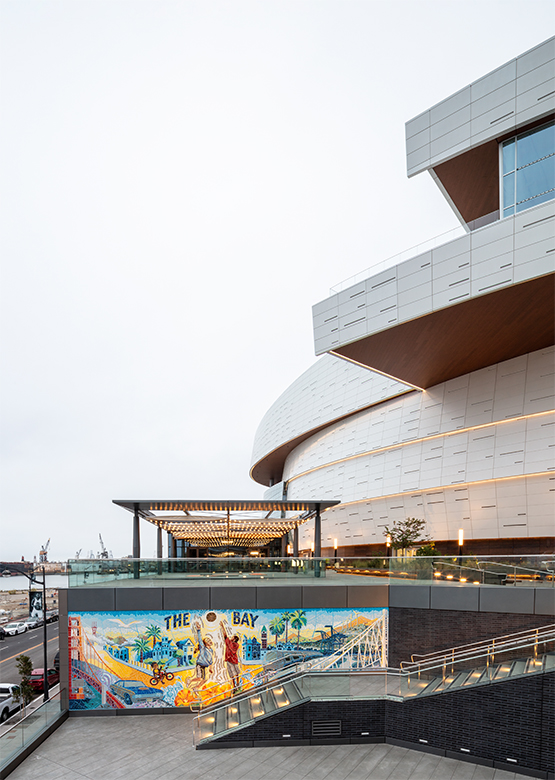 Until now, Mission Bay hasn’t had much of a neighborhood center or hub. One of the main goals of the Chase Center was to create a vibrant urban hub, a place which will always be active, even when there isn’t a game or show. This is a space where people can come to see a basketball game or a concert, but can also come to shop, stroll, and enjoy the stretch of waterfront along the San Francisco Bay. The chance to design the lobbies and Esplanade of the Chase Center was a golden opportunity for a small firm like ours, but it has also presented a golden opportunity for residents and visitors of San Francisco to enjoy and experience the new hub of our city.