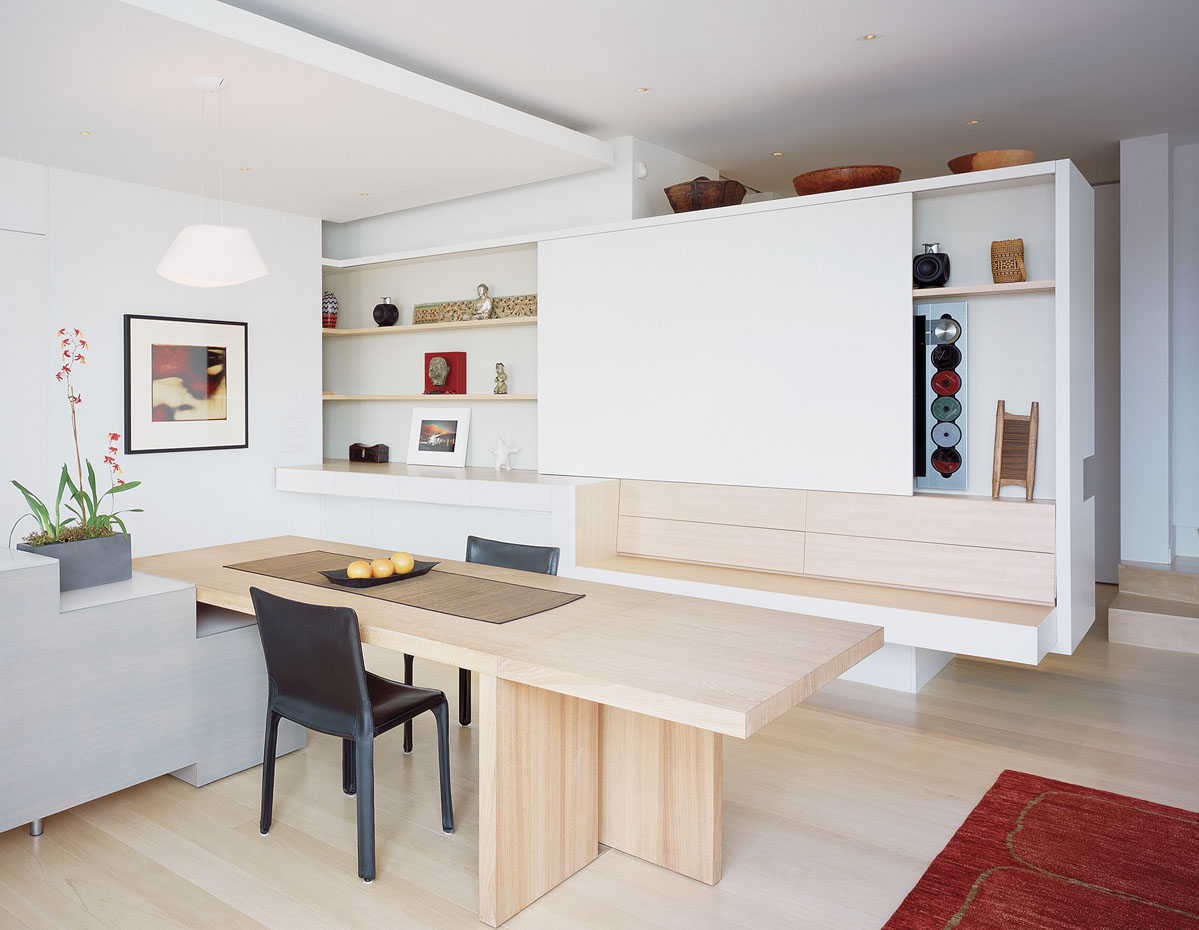 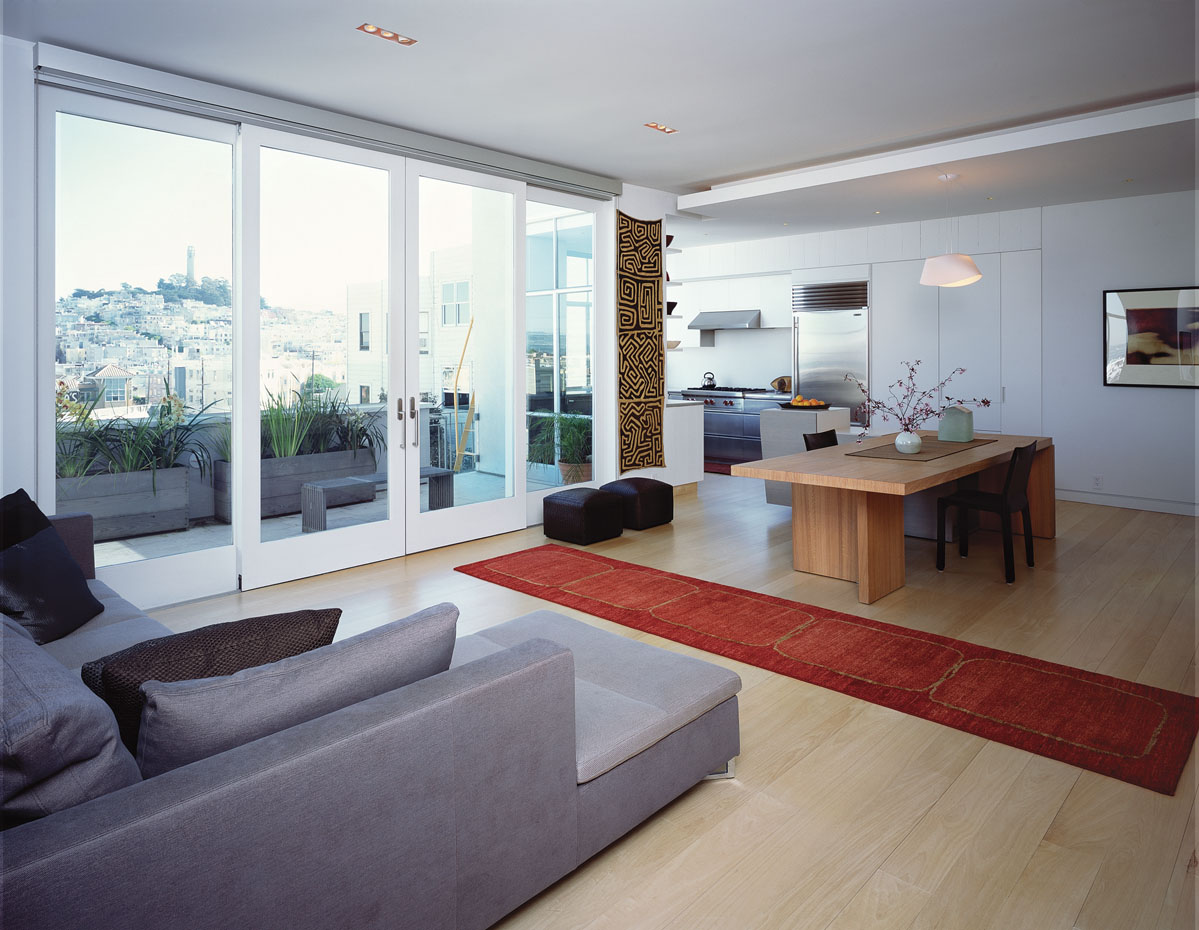 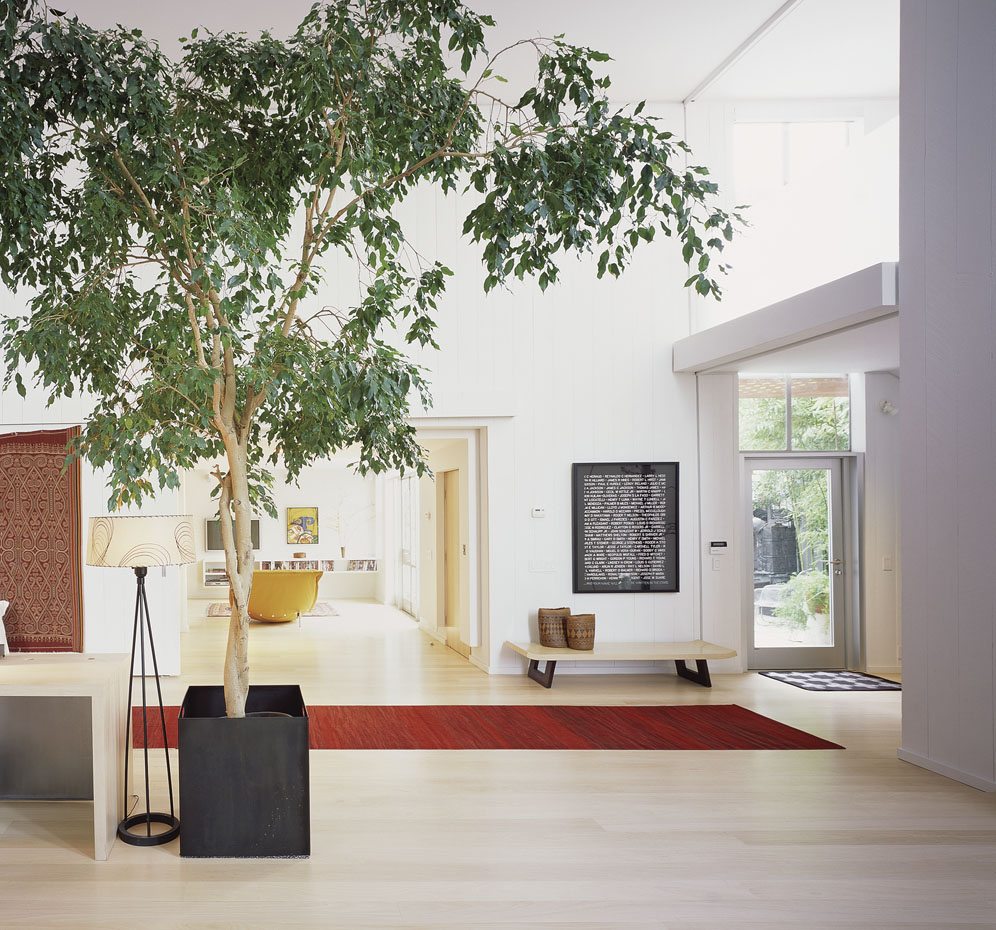 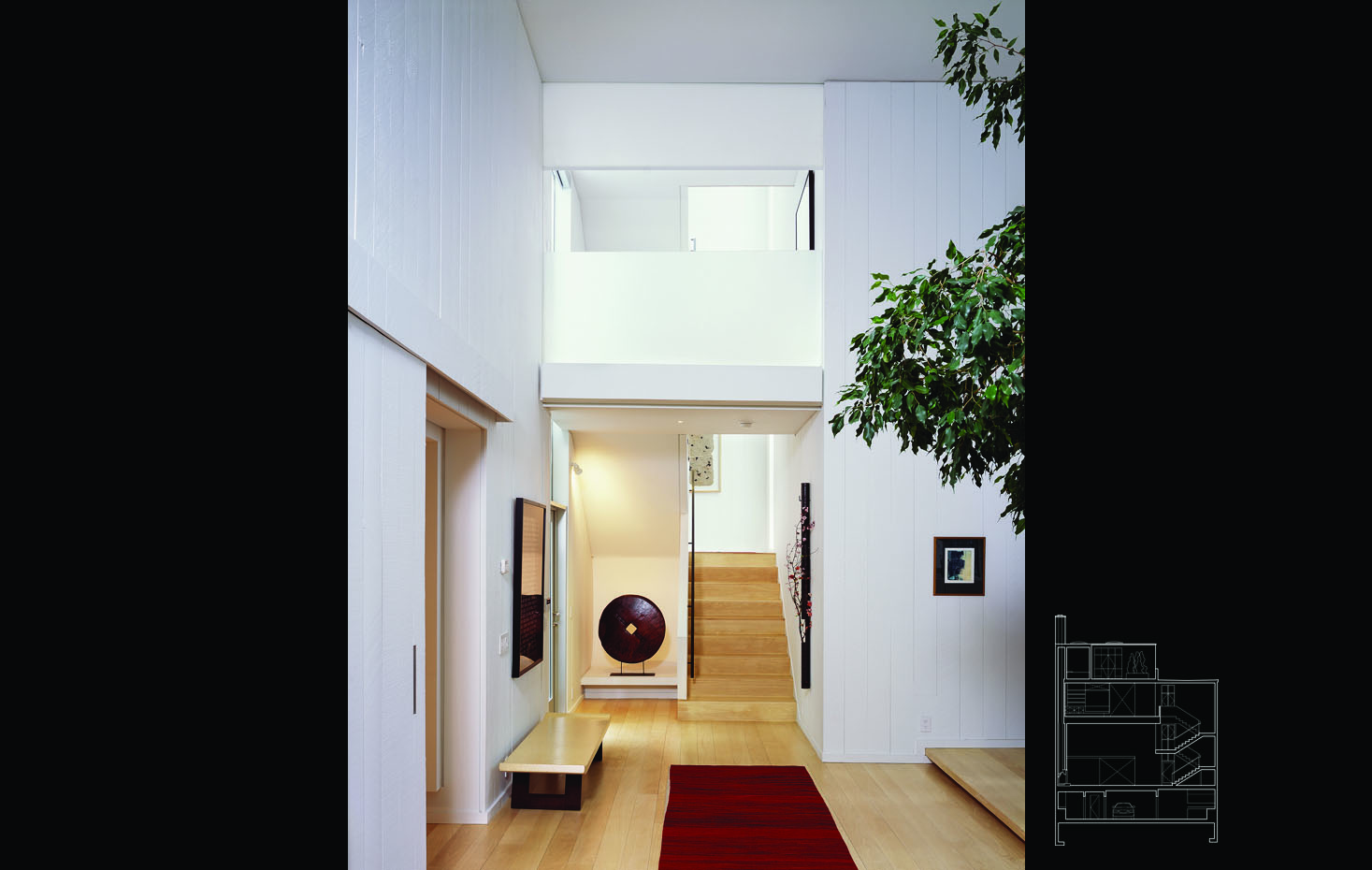 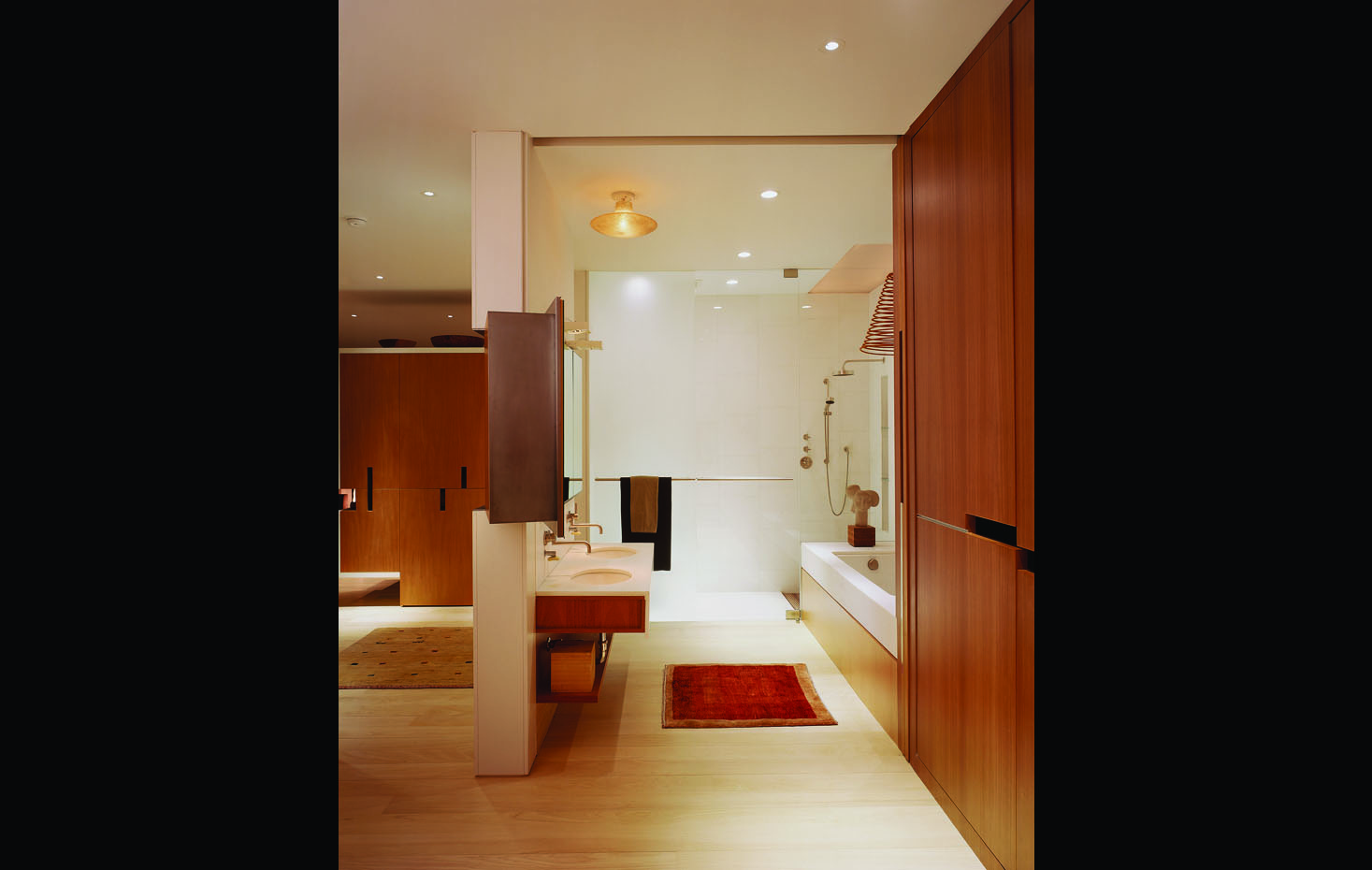 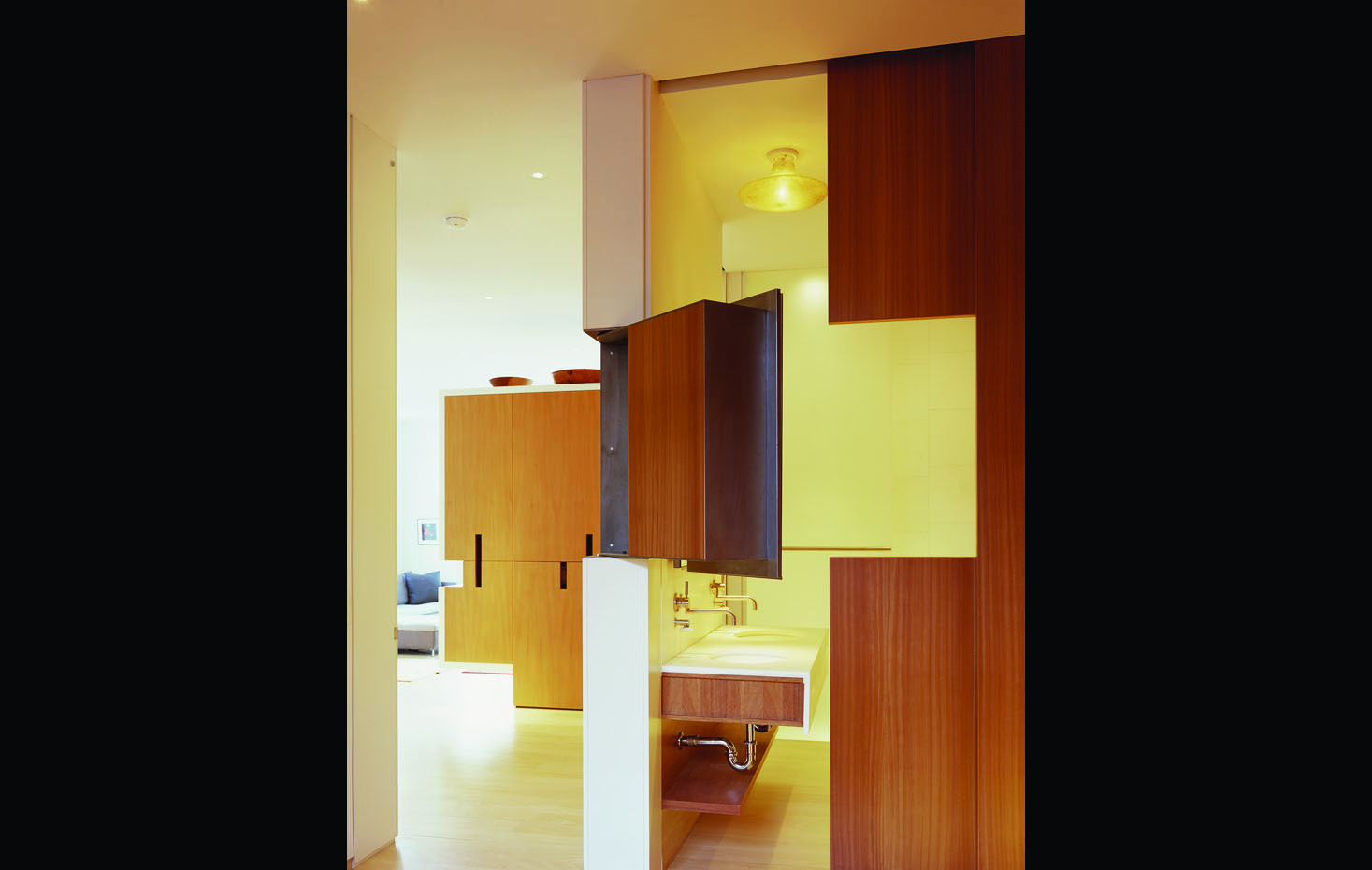 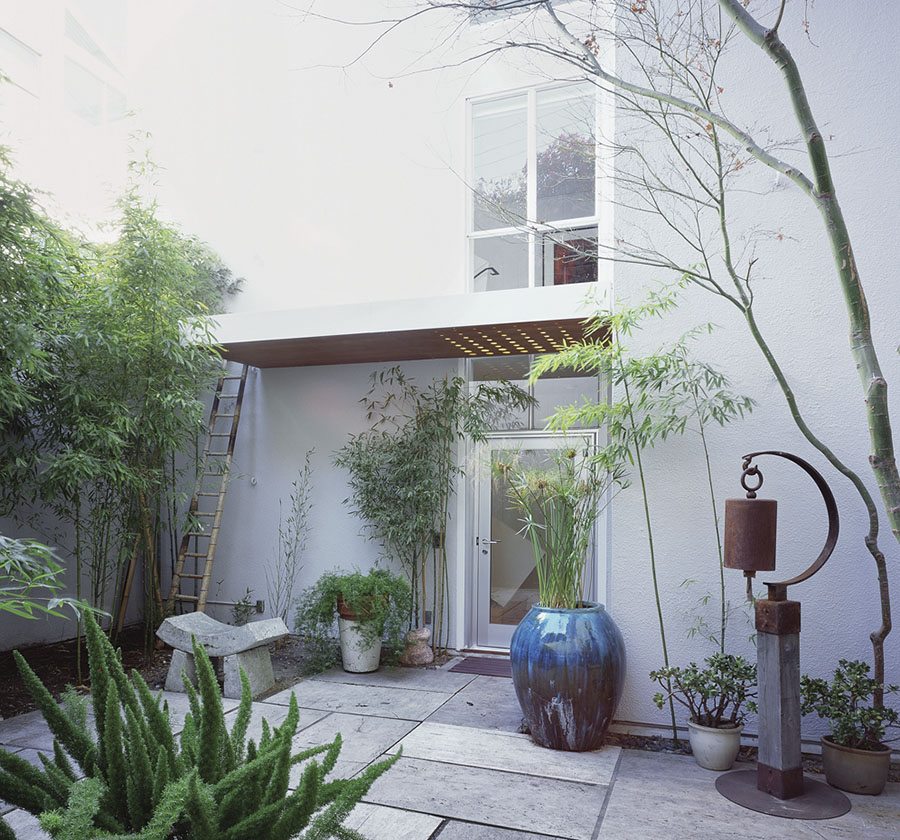 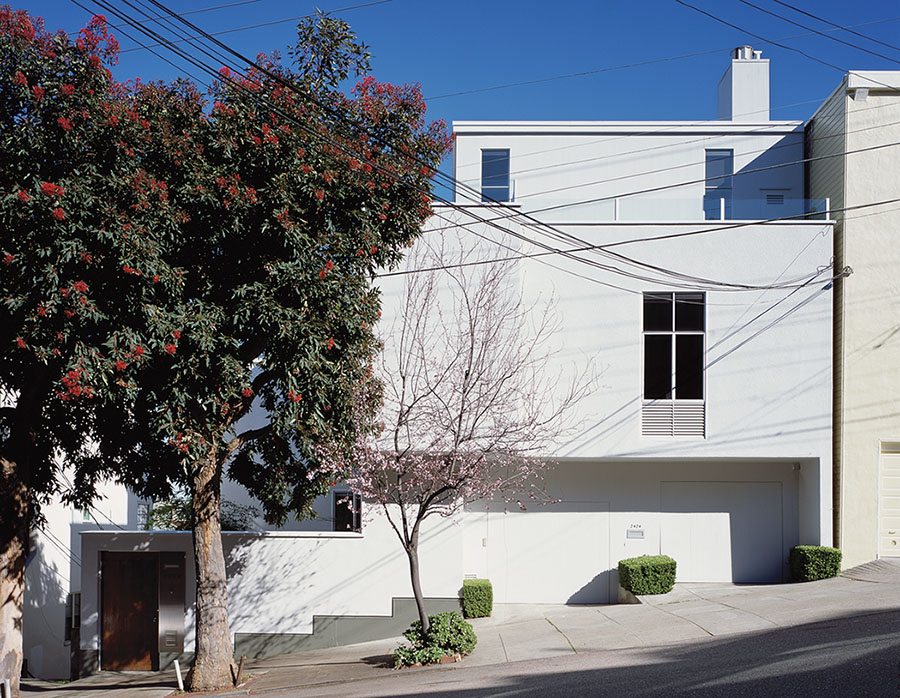 The renovation of a four-level urban courtyard house, designed by William Wurster in 1960, establishes new relationships to the house’s context and explores issues of programmatic specificity. The project’s strategic modifications to the existing envelope enrich the visual connections between its interiors and the city, bay, and distant landscapes beyond. The original organization and volume were also adjusted to invigorate the courtyard adjacencies, with a focus on internalizing views. Broad new expanses of the horizon are now balanced with intimate connections to the entry garden. The urban form, image, and materiality of the building remain consistent with the original design; however, a finer grain of articulation, a sensual material palette, and traces of programming have been added to the discourse of Wurster’s modernist vocabulary.

A series of program-specific interventions initiate relationships between the living spaces and functional cores. The plans are adjusted to enrich and destabilize the distinct boundaries of the existing and undifferentiated white rooms; the circulation is now continuous, flexible, and responsive to spaces, engaging contemporary patterns of dwelling and working. Functions overlap one another and are expressed through subtle shifts in material and detail along a contiguous system of operable storage and flexible partitions that fold, slide, and interlock, offering a subtle change in persona and latent evidence of use.