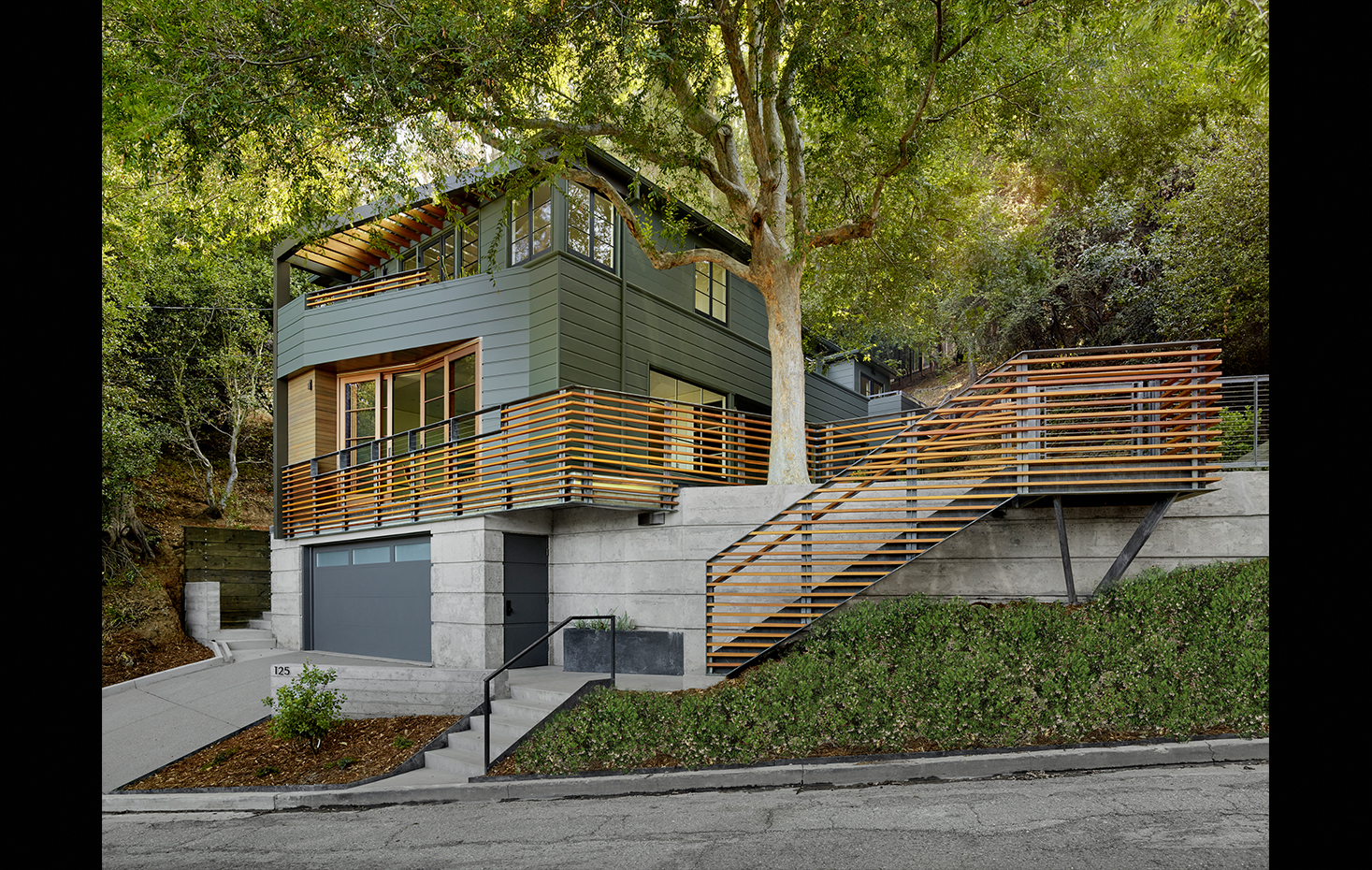 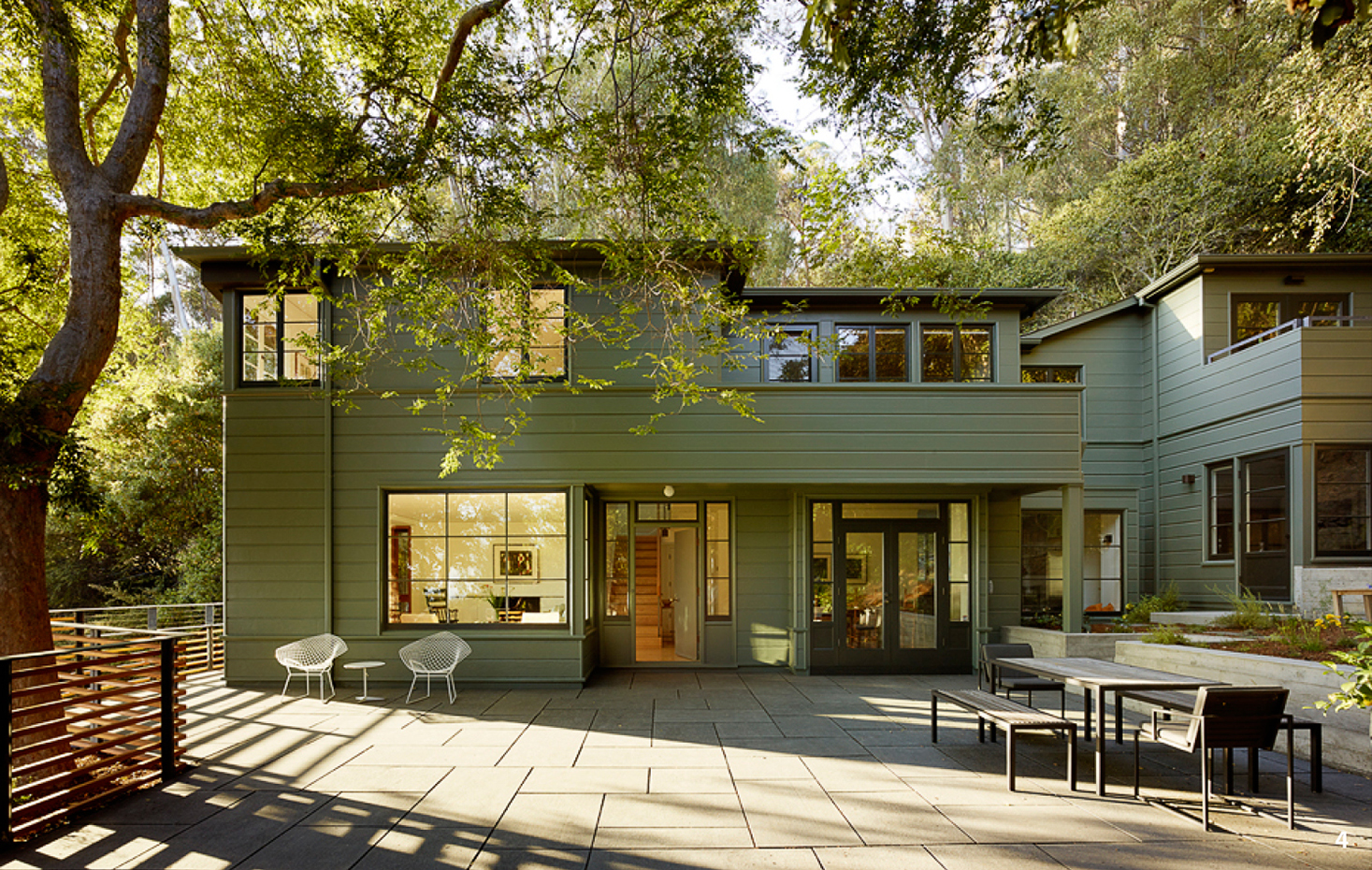 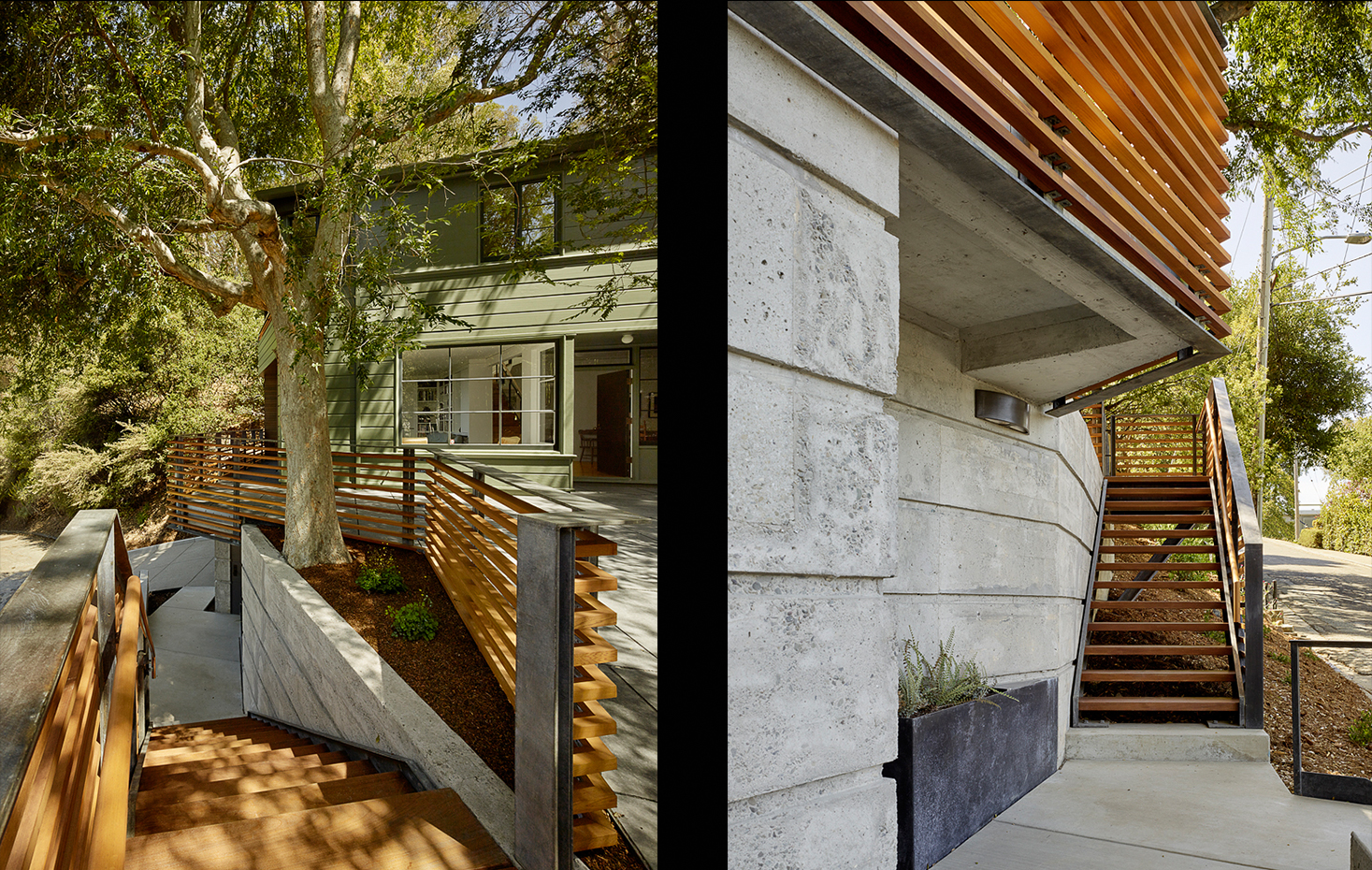 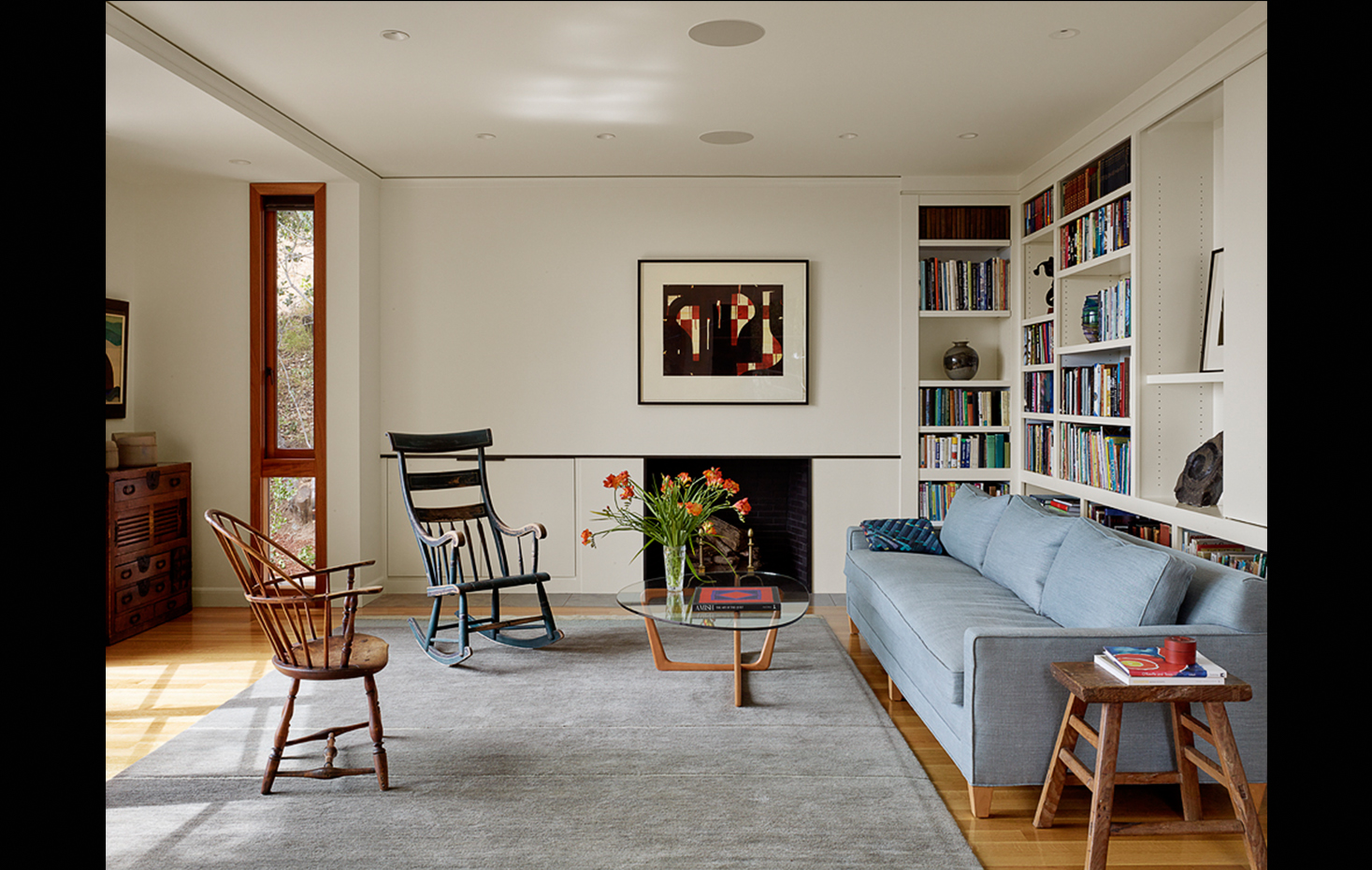 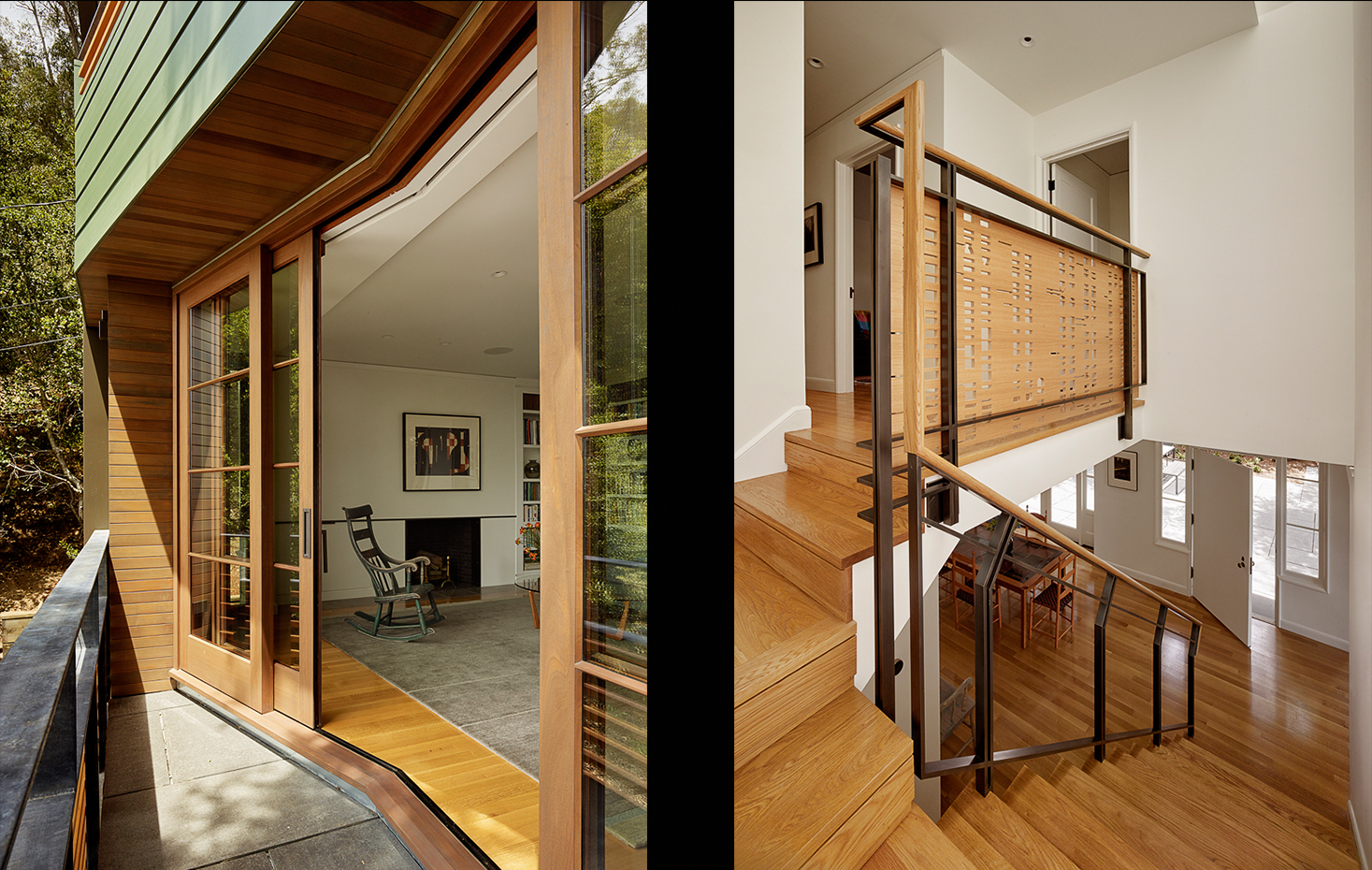 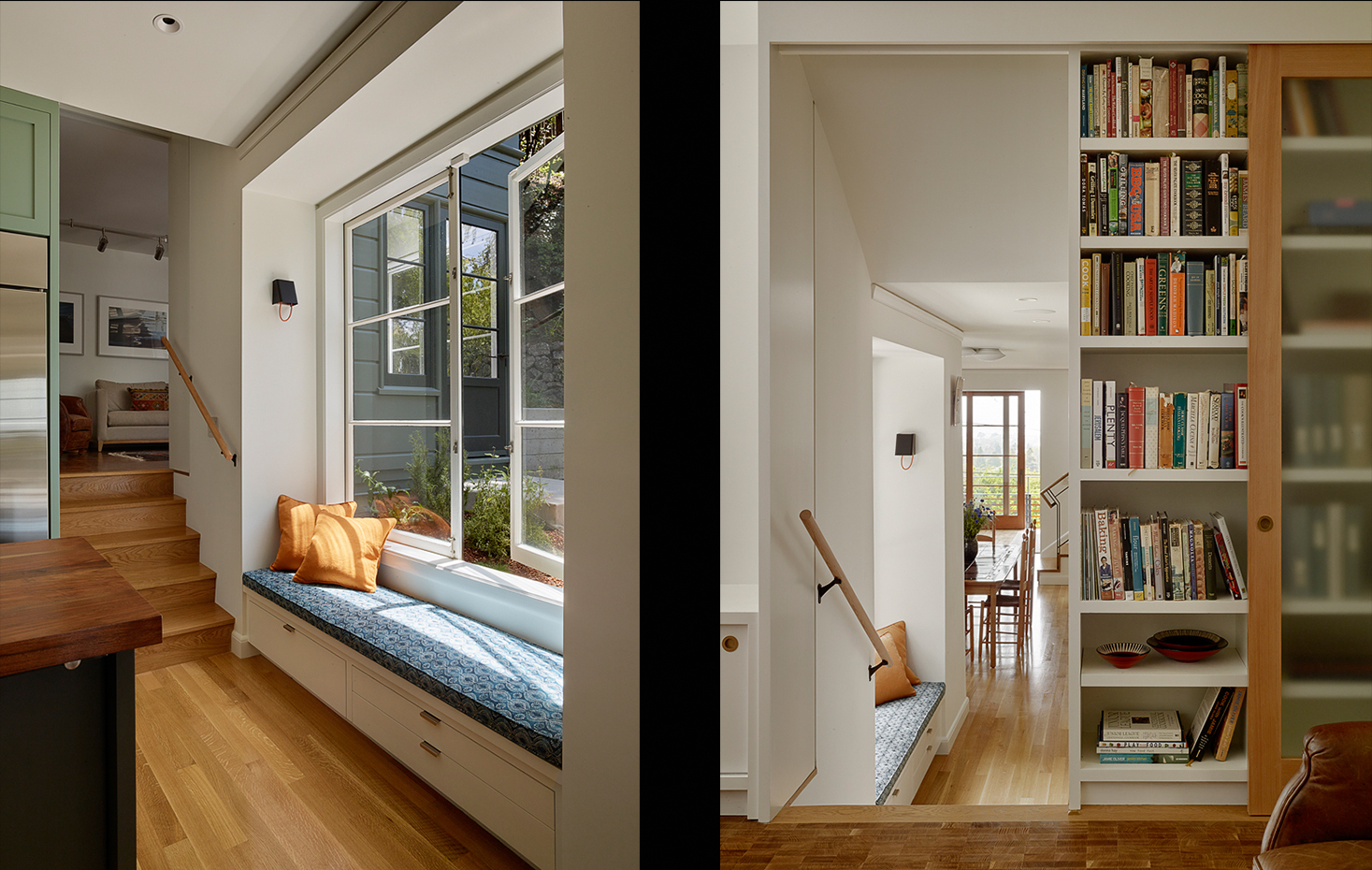 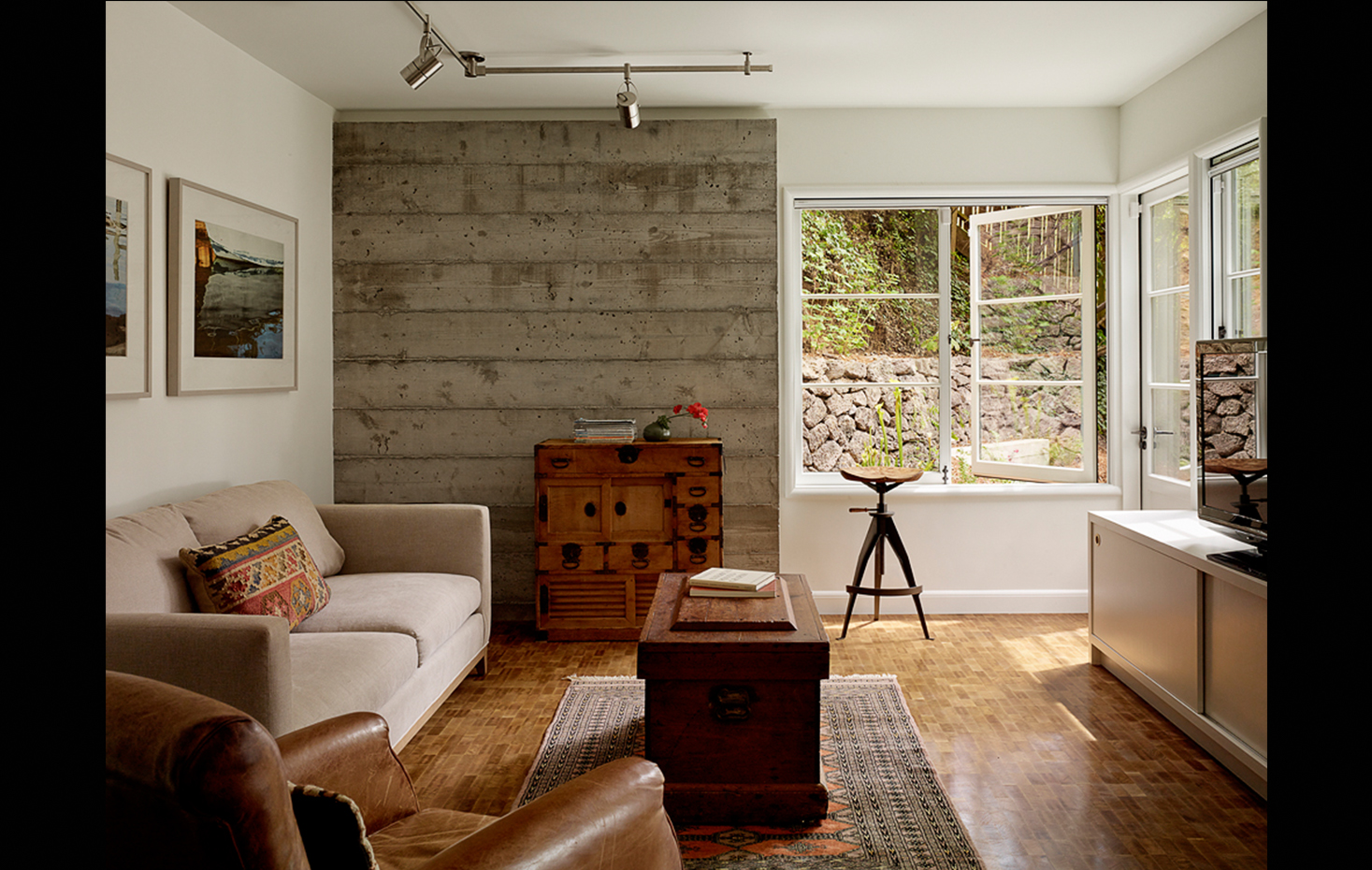 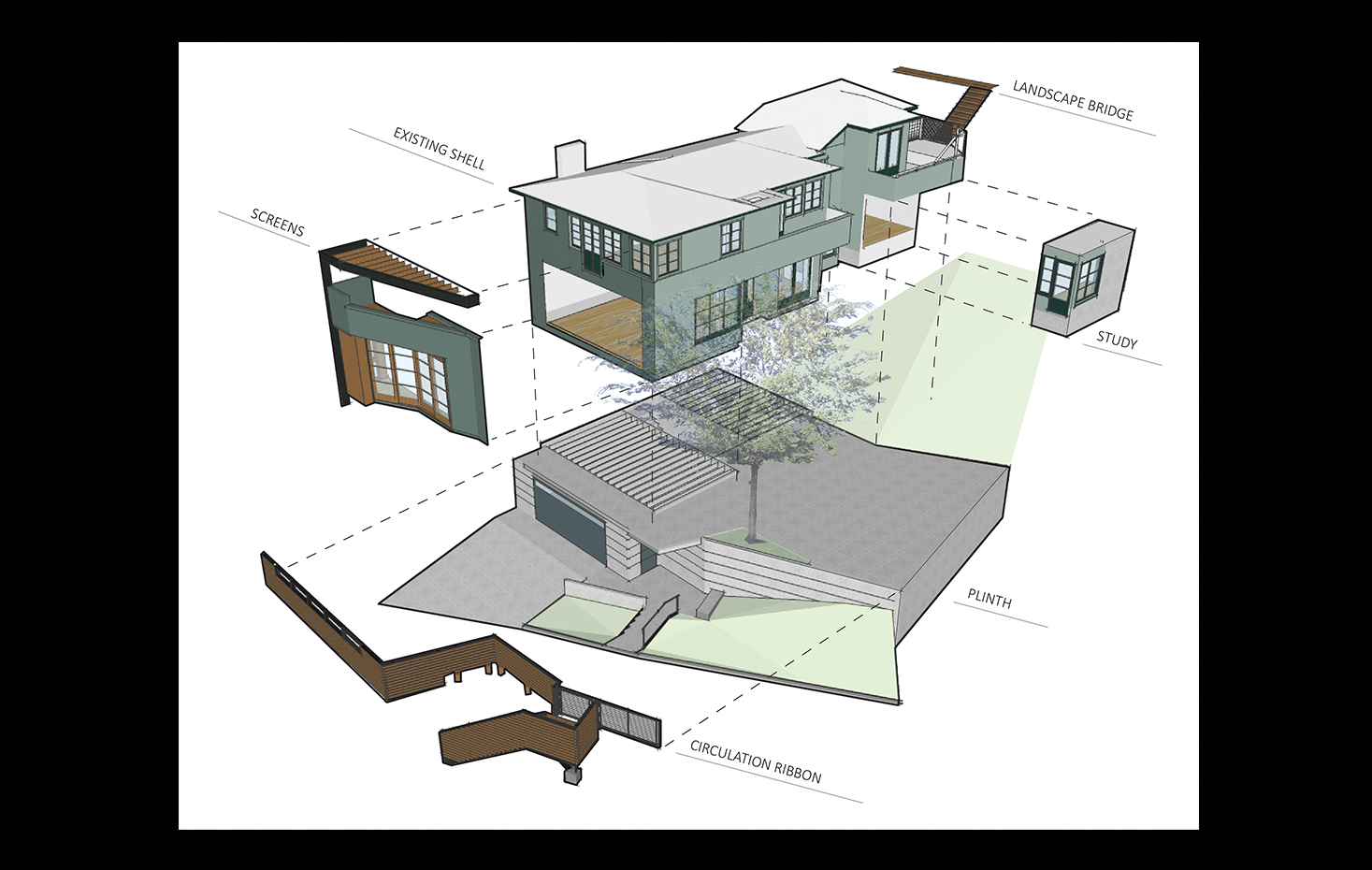 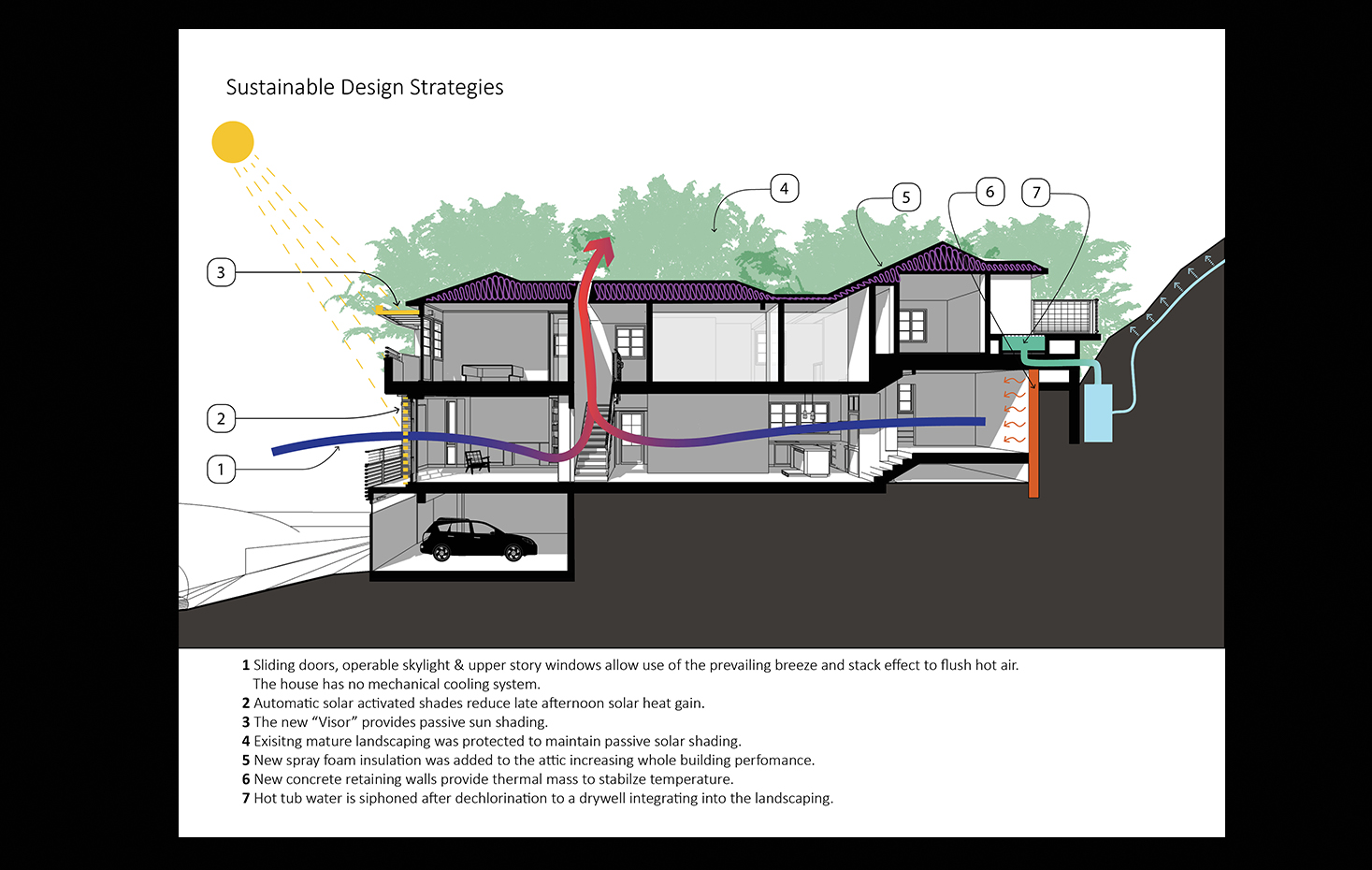 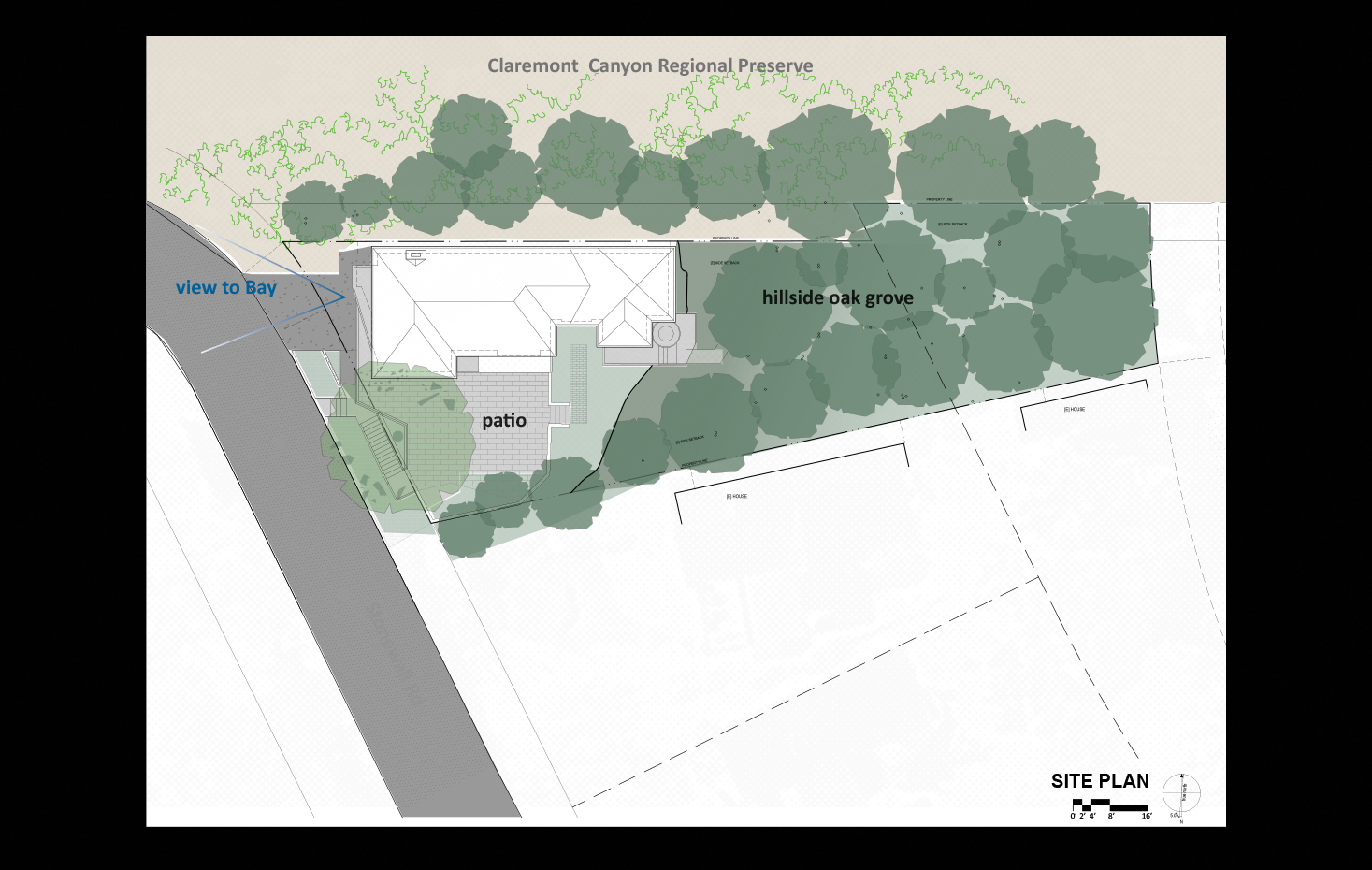 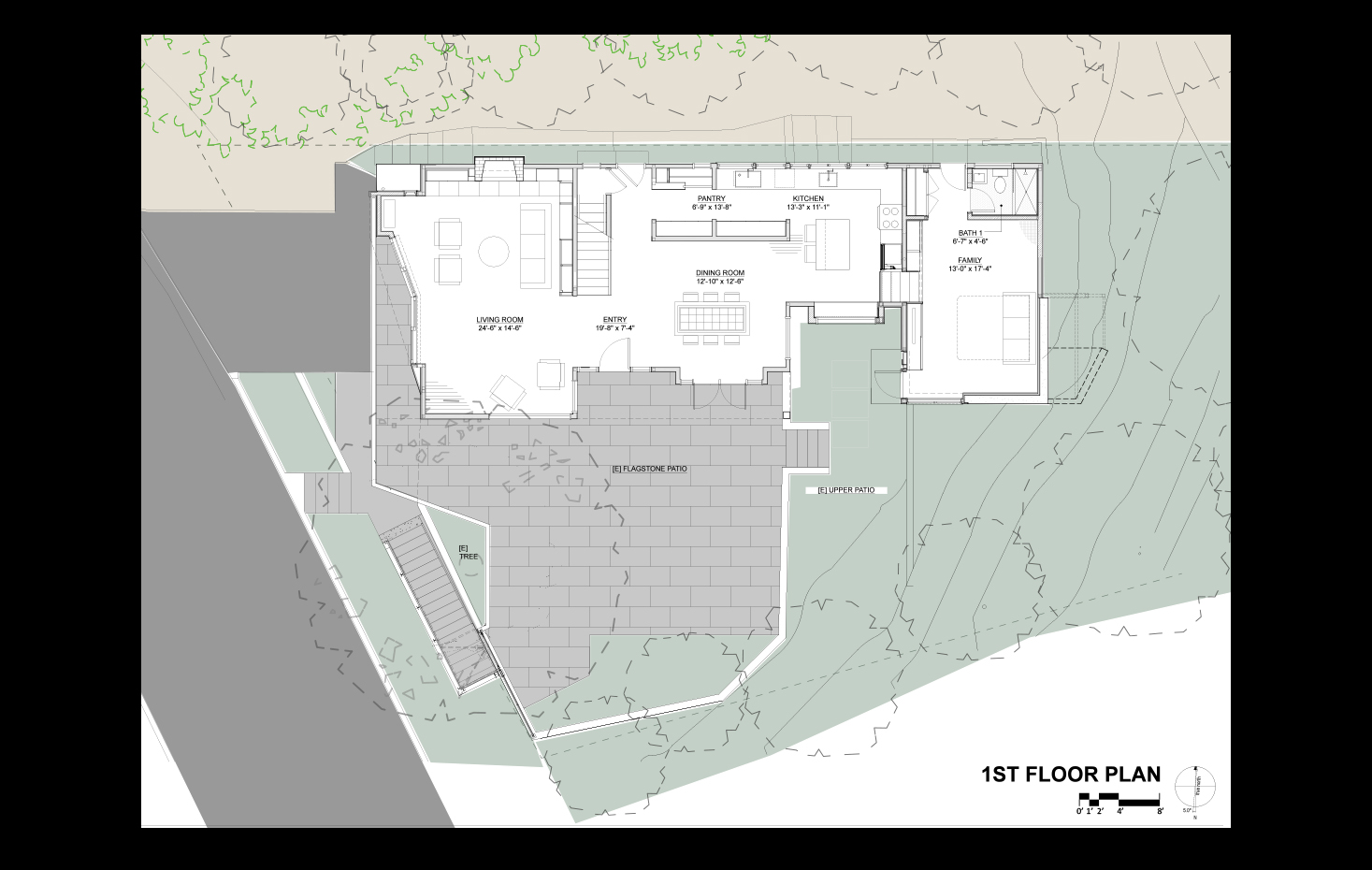 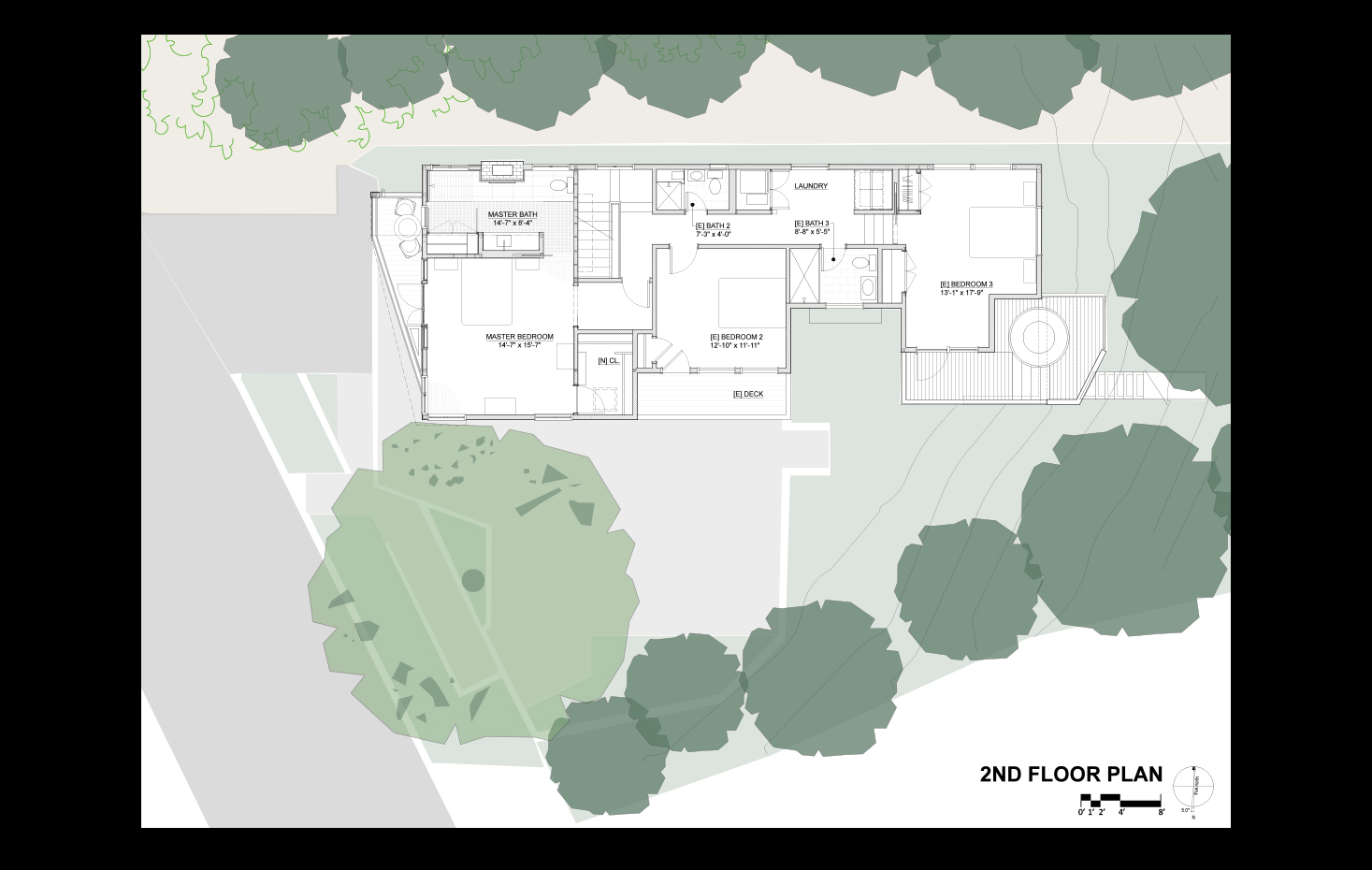 Nestled in a valley at the base of Claremont Canyon, this 1937 2-story residence was originally designed by Bay Area architect John Ekin Dinwiddie. Having been flipped just prior to the current owners’ purchase of the property, the bones of the original home were still intact, but the updated spaces were generic and lacked the history of a family home. The design creates a modern addition that integrates seamlessly with the existing shell and injects the family’s character with modern craft.

Each space was carefully considered to maximize its connection to the surrounding landscape and views while maintaining privacy from the street. By opening up the rooms, the main interior stair became a focal point of the space, highlighted by a new skylight above. The new stair and railing were designed with a balance of traditional and modern. The owner’s occupation as a Professor of genetics served as inspiration for the custom CNC- screen at the landing. The pattern is derived from a gel print of humans’ 23 chromosome-pairs. A new addition tucks a study under an existing deck, enlarging a once dark and enclosed family room, connecting it to the patio and providing natural light.

Maintaining as much of the existing house as possible, working to improve the comfort of existing spaces rather than start from scratch, was part of the sustainable goals for the project. Existing materials, such as the original redwood siding, were reused and the old kitchen was deconstructed and donated. New insulation throughout, including spray foam in the attic, and a 96% efficient furnace drastically improved building performance. Other strategies included protecting an existing tree for solar shading, providing solar activated shades at the western facade, and creating opportunities for natural ventilation and stack effect throughout the home.